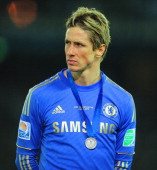 Following Chelsea’s 1-0 defeat in the final of the Club World Cup, Lucas Piazon has criticised his team mates, believing that their trip to Japan was a waste of time because the players didn’t care enough.

“We lacked character and love for the shirt,” he said. “Nobody wanted to play. At least Oscar tried, I will not specify which players didn’t, but the team came unwillingly. You can’t get in to a final and be unwilling to play, that is unacceptable. They were missing the desire to be a champion. I think the Brazilian players, Ramires and David Luis, strove to the utmost and therefore are sad.”

Piazon also revealed that Luiz, who was seen crying before leaving the pitch, was inconsolable in the dressing room after the game.

“He can not enter into a final without thinking about being in a final,” he added. “But I realised that David was ill. No wonder, he was one of the few who actually cared.”