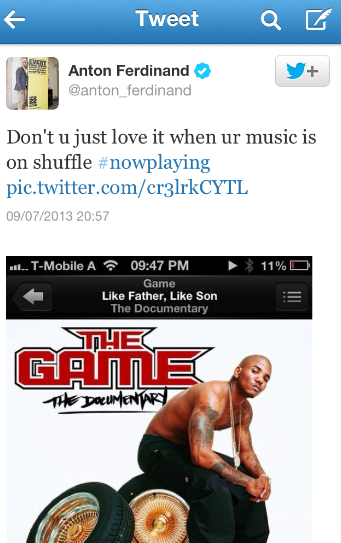 Yesterday it was confirmed that Ted Terry, the father of Chelsea captain John, has been charged with racially-aggravated assault.

John Terry was banned for five matches after the FA found him guilty of racially abusing Anton Ferdinand on the pitch. Just like the chief magistrate in court, they deemed his defence “improbable and contrived”.

This isn’t Ted’s first trouble with the law either. Three years ago he admitted to being a drug dealer after being charged but avoided jail time.

Anton took to Twitter last night to make a dig at the family whose connection with racism just won’t seem to go away.

Henry Winter on… The Euros, next year’s champions and JT

Too little too late from the FA on racism?