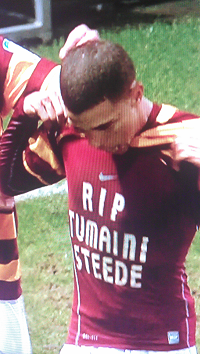 Nahki Wells put Bradford City 1-0 up against Aston Villa in the Capital One Cup with less than 20 minutes played. When celebrating, he lifted his shirt to reveal a message that said “RIP Tumaini Steede”. Steede was a fellow Bermudian footballer, who died in July 2012, after being involved in a serious motorcycle collision.

“I met Tumaini playing football and we have been tight ever since,” said Wells. “Tumaini and I have played together with the national team since we were 12 but we were always on opposing teams domestically.”

Steede was best known as a major part of the Devonshire Cougars team where he was a prolific goal scorer. He represented Bermuda internationally on multiple occasions, and was part of the bronze medal winning team at the 2007 Island Games. He also was part of the 2009 CONCACAF U/20 Championship team, playing in international matches against the Cayman Islands, Puerto Rico and Jamaica. 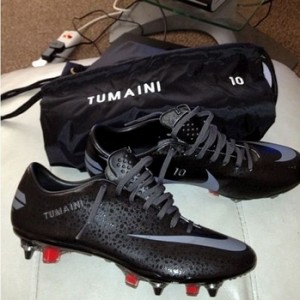 At the start of this season, Wells revealed he would be dedicating his season to his friend.

“I got some boots made which have his name and squad number 10 which he wore down the Rec (Devonshire Recreation Club),” Wells said. “We both actually wear the same boots and I thought he would be proud watching over to see the boots I created. I’m dedicating my season and future success to my boy.”