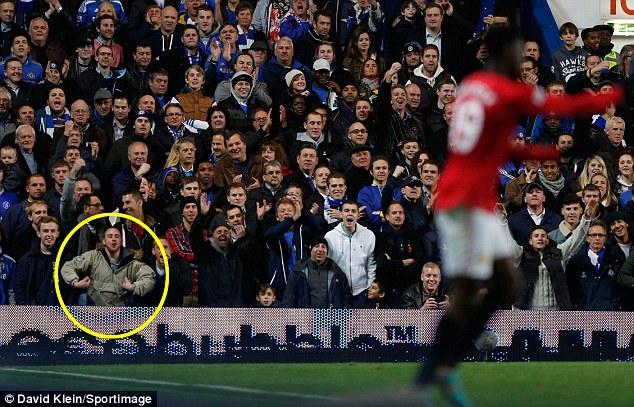 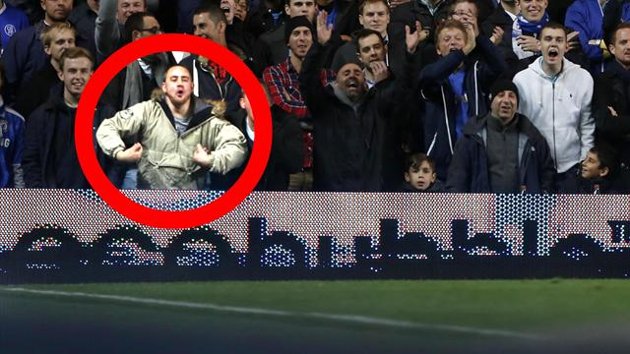 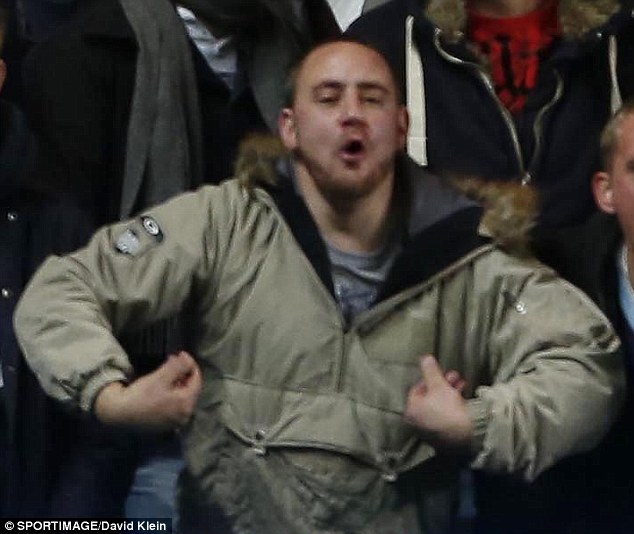 Following the FA finding John Terry guilty of racially abusing Anton Ferdinand and Chelsea lodging a formal complaint against alleged racist remarks made by referee Mark Clattenburg on Sunday, the last thing Chelsea would have wanted to see in this morning’s paper is another racist incident linked to their club.

The pictures above were taken during Chelsea’s 5-4 victory over Manchester United in the Capital One Cup and clearly show a Chelsea fan making a monkey gesture at Danny Welbeck after he failed to control the ball and let it run out of play.

Much was made of the anti-racism tone in Terry’s captain’s notes in Sunday’s programme, given the player is currently serving a ban for racially abusing an opponent.

“This is our dedicated match for the Kick It Out One Game, One Community campaign. We continue to be committed to eradicating all forms of discrimination from our game and creating a great atmosphere around the stadium.”

It doesn’t appear as though some Chelsea fans have taken Terry’s statement very seriously.

Massive Injury Blow – Guus Hiddink Says £145,000-a-week Star Injury is ‘Very Serious’ and Could be Out For 8 Weeks