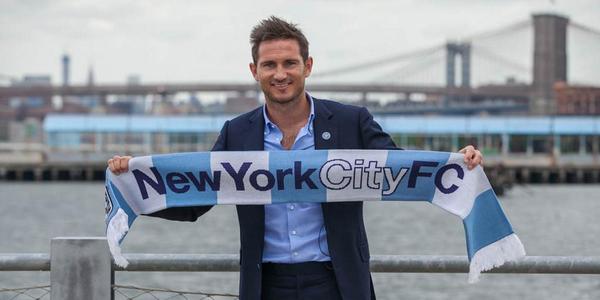 Following his move to New York City FC, Chelsea legend Frank Lampard has posed on the Brooklyn Bridge with the scarf of his new club.

The transfer has been met with some disapproval by some New Yorkers though. Lampard was amongst a group of Chelsea players, including John Terry, who abused and mocked American tourists at Heathrow Airport following September 11th.