Skip to content
Posted in Premier League By By Far The Greatest TeamPosted on February 27, 2013July 11, 2017Tagged Chelsea 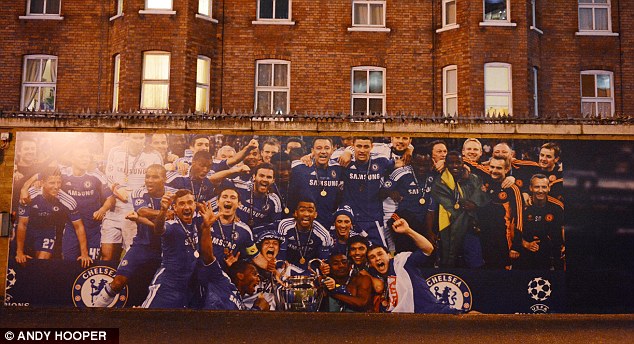 The Daily Mail has today claimed that Chelsea have “airbrushed” out former boss Roberto Di Matteo from a painting on a wall at Stamford Bridge.

In reality, the picture of the squad that included Di Matteo at the beginning of the season has just been replaced with a picture that never included him, rather than him being airbrushed out of it.