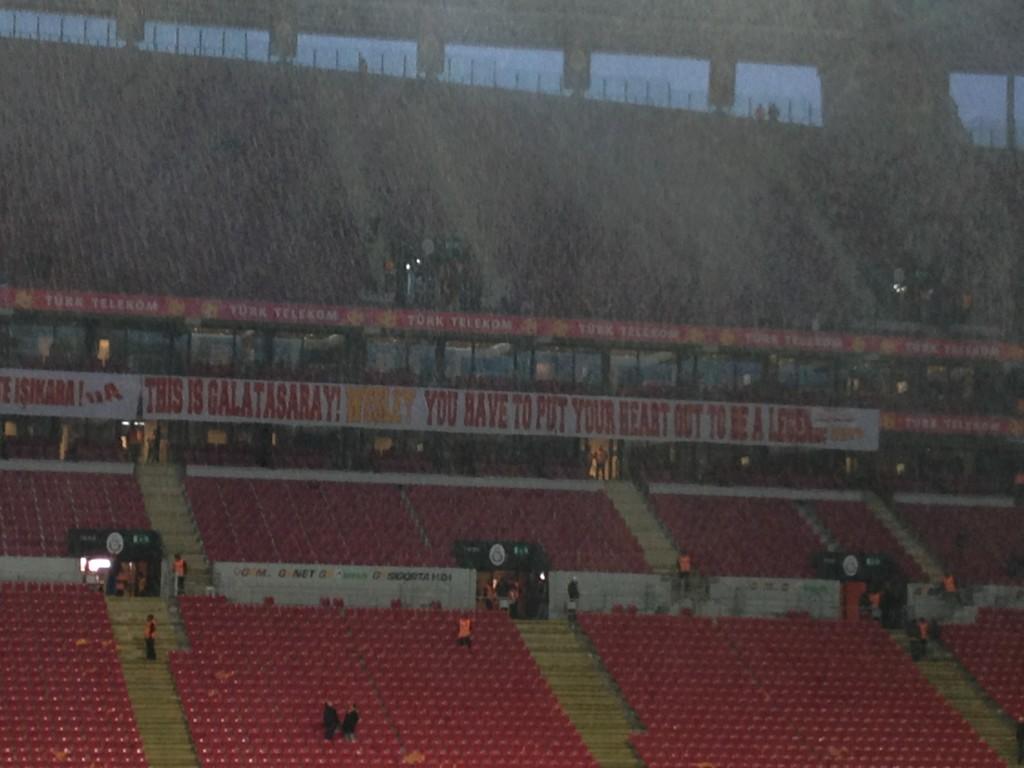 Galatasaray fans have made a banner to ‘welcome’ Wesley Sneijder after he signed for the Turkish club from Inter Milan this month.

“This is Galatasaray! Wesley you have to put your heart out to be a legend”

Presumably they meant “play your heart out” but they want to get the point across that signing for Galatasaray isn’t just about getting a big pay day. In truth, that’s probably exactly what it means to Sneijder, after turning down a move to Manchester United 18 months ago because they wouldn’t meet his wage demands, then being forced out of Inter Milan after refusing to lower his wages. His last appearance in Italy was a 2-0 victory at Chievo in September after publicly refusing to take a €2m pay cut on a contract that ran until June 2015.

Snejider’s agent was desperate to find him a move to a Premier League club but in the end the Turkish side were the only ones prepared to pay him a top salary.