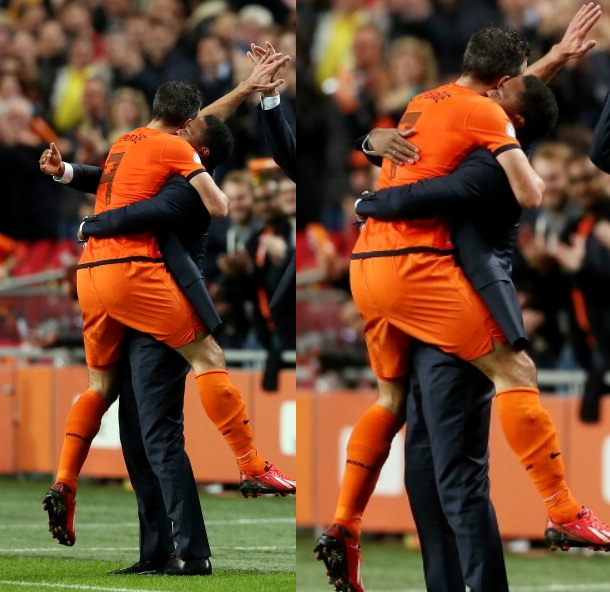 Tonight, Robin van Persie became Holland’s top scorer after finding the back of the net twice in the first half against Hungary.

With 40 goals, the Manchester United striker had scored as many times as Patrick Kluivert has for the Dutch national team.

In August 2012, Kluivert joined the Netherlands national team coaching staff and was on the touchline this evening to celebrate with Van Persie.

In the second half, Van Persie competed his hattrick, to make him the outright top scorer for Holland.