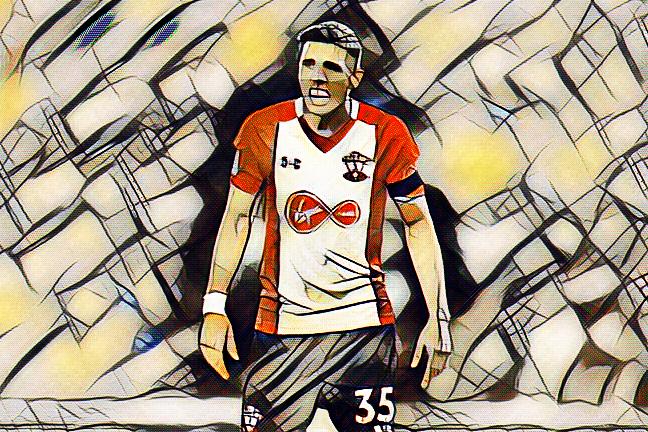 When Jan Bednarek arrived in the Premier league last July many Southampton fans thought the central defender was a steal at £5.5 million.

At only 21-years-old the Polish international already has an Ekstraklasa title and Polish Super Cup to his name from his time with Lech Poznan.

Whereas in Poland Bednarek was praised for his mature performances from the heart of Poznan’s defence, he has struggled to find form on the South Coast.

Southampton fans have become accustomed to watching some of Europe’s best young players. With the likes of Gareth Bale, Theo Walcott and Alex Oxlade-Chamberlain making their names at the club. However, Saints fans are far from impressed with their summer recruit.

Upon joining the club Bednarek expressed his delight and willingness to improve the Southampton side: “It only gives me motivation to work hard, to show my skills and to help Southampton to get better and better.”

Making his debut in a pre-season friendly against Brentford, Saints fans took to Twitter to slam Bednarek’s lack of pace and ability on the ball, comparing him to fellow Southampton teammate and flop Florin Gardos.

We signed Bednarek who looks poor with no pace and we have Gardos who has no pace. We need a CB. #SaintsFC

Bednarek has yet to make an appearance in the Premier League, with his only Southampton game coming in a 2-0 loss to Wolverhampton in the Carabao Cup. The Slupca born defender has also found game time hard to come by with the under 23s side, making just seven appearances.

January could prove make or break for Benarek, who could see his chances in the first team boosted by the departure of Virgil van Dijk to Liverpool. Alternatively, the arrival of a replacement defender could see Bednarek depart on loan.

Bednarek is not the only product of the Ekstraklasa to struggle to adapt to English football in recent seasons. Bartosz Kaputska failed to live up to expectation after arriving at Leicester City on the back of a break out season with KS Cracovia. The 21-year-old was subsequently shipped out to Freiburg on loan at the start of the season, where he has also struggled for form.

Perhaps a spell out on loan could help Bednarek find the form that earnt him a move to Southampton, and with the World Cup looming, secure a spot on the plane to Russia in the summer.