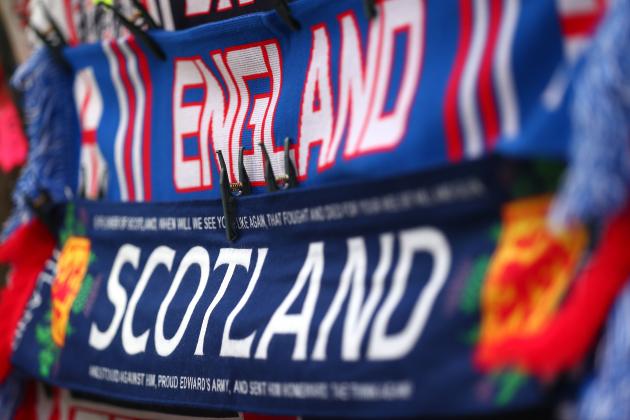 England U21 v Scotland U21 Previewed

On Friday night, England’s U21 host their Scottish counterparts in European Under-21 Championship qualifying for 2019’s UEFA Under 21 Championship tournament.

The game takes place at the Riverside Stadium, the home of Middlesbrough FC in the North East. The Riverside has been a happy hunting ground for England’s Under 21’s in the past with seven wins out of seven since August 2000, the last being a 3 – 2 victory over Germany on 30 March 2015 in a friendly. Jesse Lingard, Nathan Redmond and James Ward-Prowse all scored past Marc-André ter Stegen for Gareth Southgate’s side.

You can see the game live and in glorious HD on BT Sport 1 with a kick-off time of 7:45pm but the television programme itself begins at 7:30. It’s also being aired on the BT Sport App for viewers on the go. Replays air on BT Sport 3 at midnight on Friday evening and then again BT Sport 1 is the home on Wednesday 11th October at 4pm.

England U21 have played two qualifiers thus far, they first took on the Netherlands and earned a credible 1 – 1 draw as Ramselaar equalised following Calvert-Lewin’s opener before they put Latvia to the sword in Bournemouth’s Vitality Stadium with a 3 – 0 success, as a result the Auld Enemy sit second behind Ukraine in qualification Group 4 by goal difference. Scotland have only played one qualifier, they did what England couldn’t and defeated the Netherlands thanks to goals from Oliver Burke and Stevie Mallan. The Scots then travel to Latvia for their third game of the group on Tuesday 10th October.

The offensive trio of Dominic Solanke, Tammy Abraham and Demarai Gray might hog the headlines but look beyond that attacking line-up to see Joe Gomez of Liverpool in defence. Gomez will likely play at centre-half with his Liverpool colleague Trent Alexander-Arnold fulfilling right-back duties but Gomez’s own performances for his club have been on the right, he’s played seven times this season for Liverpool and is growing in stature with more first-team experience.

An interesting story is Jack Harrison, a winger for New York City FC in Major League Soccer and has appeared alongside the likes of Frank Lampard and David Villa under the tutelage of Patrick Vieira. A Stoke-on-Trent native who grew up in Bolton before joining Manchester United’s academy, he was first overall pick for Chicago Fire in January 2016’s MLS Superdraft before being traded to New York City for their number four pick and allocation money. Having played 32 games already this season, notching 10 goals, his arrival will be highly anticipated.

Scotland’s big name is undoubtedly Oliver Burke, the right winger from Kirkcaldy (but grew up in Melton Mowbray in Leicestershire) who earned a move to Germany’s least popular club RB Leipzig after starring for Nottingham Forest and during the summer transferred to West Bromwich Albion for a reported fee of £15 million. Burke has already appeared for the senior team on five occasions but captained the U21 side to victory against the Dutch.

In defence for Scotland is expected to be Rangers’ Ross McCrorie who earned plaudits playing in the Old Firm game earlier this season. He earned praise from both manager Pedro Caixinha and right-back James Tavernier as he kept tabs on Leigh Griffiths.

When Gareth Southgate made the step up to manage the senior team following Sam Allardyce’s departure, Aidy Boothroyd was promoted from managing the Under 20 side to the Under 21’s on an interim basis initially. Boothroyd previously coached Leeds and managed the likes of Watford, Northampton Town, Colchester United and Coventry City. Boothroyd has been bullish prior to the fixture; “They’re a team that will naturally want to beat us and they’ll be working very hard to do that. Personally, as a passionate Englishman, I’m really looking forward to it.”

Scot Gemmill, the son of former Scottish international footballer Archie Gemmill, coaches the Scottish Under 21 team after being appointed in September 2016. In something of a trivia coup, his full name is Scotland Gemmill. He is more widely travelled than Aidy Boothroyd, having been player/coach of Australian A-League side New Zealand Knights and like Boothroyd served his country as a coach at a younger age group (Under 17’s in Gemmill’s case). Scot Gemmill’s passion for bringing youngsters through is evident; “All these players are trying to play at the top level and show their ambitions. It’s our job to help them achieve that.”

There’s little value in this game, England are expected to win and handsomely. If you are looking at any stakes, take a gander over at the first goalscorer stakes and consider Everton’s Dominic Calvert-Lewin, who grabbed a goal in the draw with the Netherlands. England U21 grab goals early so a double half-time/full-time may have value and as for the final score, 3 – 0 sounds bang on the money.