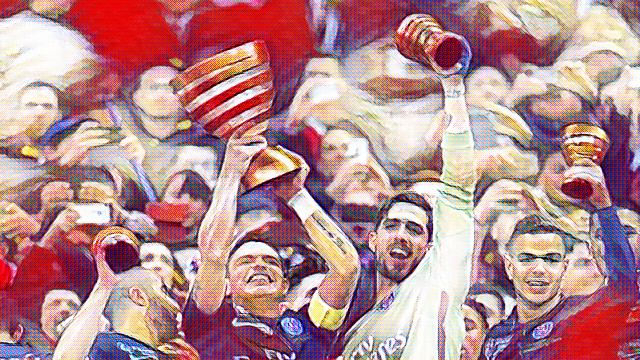 The final of the Coupe de la Ligue was set to be played between the two most dominant teams in France. Leonardo Jardim’s attacking side faces Unai Emery’s Paris Saint-Germain. PSG were just recently eliminated from the Champions League, and in a historic yet embarrassing performance, they are seeking to win as many domestic titles as they possibly can. This game will be played at the Stade des Lumieres.

To reach the final, Monaco had faced Rennes, Sochaux, and Nancy. The round of 16 against Nancy resulted in sweeping 7-0 for the home side. French prodigy Kylian Mbappe Lottin scored a hat-trick in 62 minutes, while Gabriel Boschilia added a brace. The next match was away against Sochaux in the Quarter Finals. This extremely tough match between the leaders of Ligue 1 and a mid-table team in Ligue 2 resulted in a fairly surprising order of events. The game ended with a 1-1 tie, with the away side finding the equaliser late in the 83rd minute through Joao Moutinho. Monaco then went on to take the penalty shootout by a score of 3-4. Monaco faced relegation side Nancy in the Semi Finals. The away side, even after their horrific league run, were able to put together a heroic run to make it to the semi’s, where they lost honourably to 1st place Monaco with Radamel Falcao being the only goal scorer of the match.

Rivals PSG had to go through some competitive matches to make it to the final. They faced Lille, Metz, and Bordeaux. The opening game for the Parisians was at home against Lille. They overcame their rival with a comfortable 3-1 win. Lucas Moura contributed with a brace, while Jese Rodriguez, currently loaned out at UD Las Palmas, scored the third; Marko Basa scored the only goal for the away side. The Quarter Finals of the Coupe de la Ligue saw PSG battle Metz, again at the Parc des Princes. The home side defeated Metz with an unusual brace from captain Thiago Silva. Then in the last 4, PSG faced old rivals, Bordeaux. The capital side showed their most outstanding performance of the cup, winning with a convincing 1-4. Angel Di Maria scored the opener, while Uruguayan Diego Rolan tied things at 1 in the 32nd minutes. His fellow teammate at the Uruguayan national squad, Edinson Cavani, scored a couple in 14 mins, then Di Maria scored his second to close the score.

Now that you know what each team needed to face to get to Lyon, here is how they will line up: 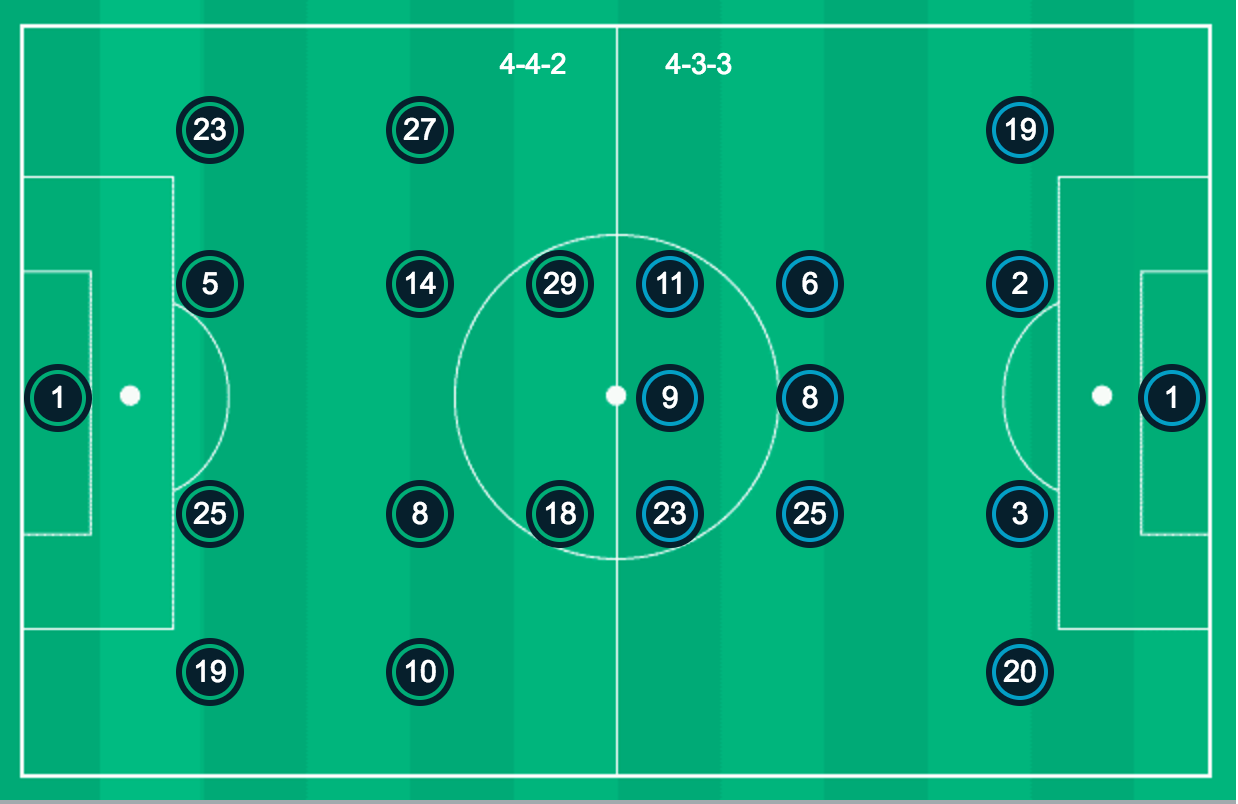 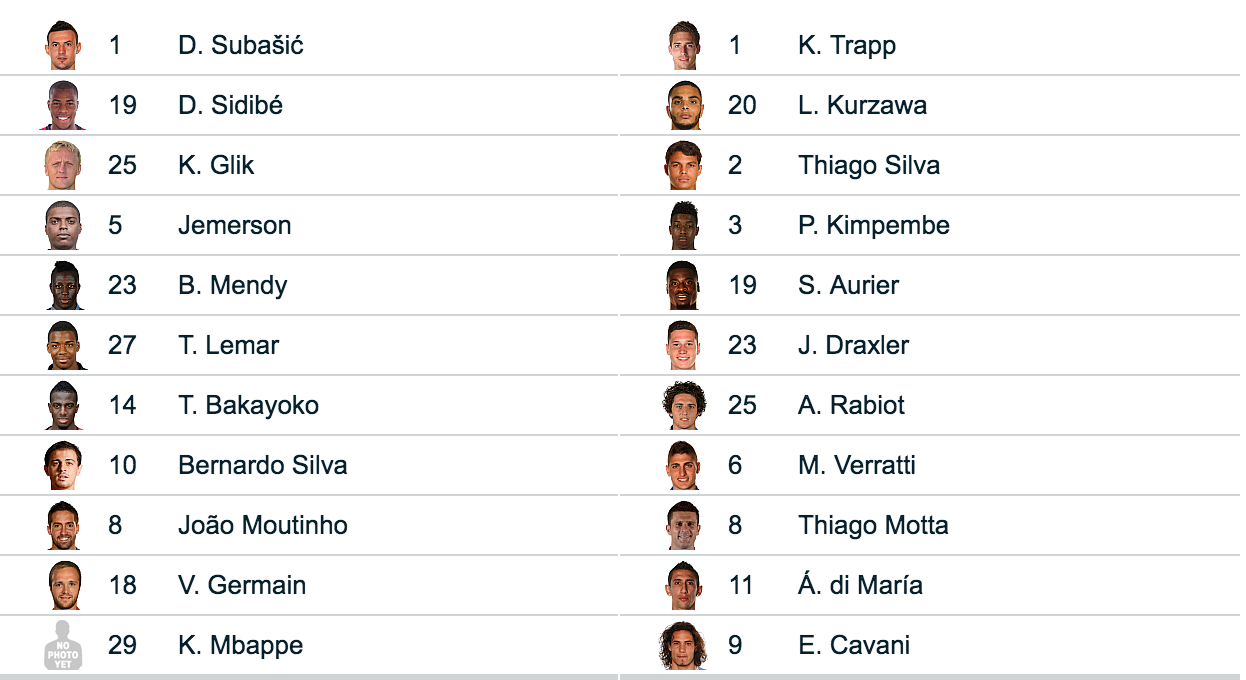 The match started with tactical superiority from Paris Saint-Germain. The blue side began the game at maximum concentration and were, therefore, able to open the score early. Their goal came from a through ball from Marco Verratti to catch the opposition line up the field, which ended with a 3 vs Subasic situation, which ended with Angel di Maria passing it to winter signing Julian Draxler for him to slap it in. The German seemed to be a foot offside, but it is quite understandable for the referee to not call that, for it was an extremely close call.

After that opening strike, Monaco did not seem to respond. The Parisian side had possession in the final third but didn’t dispose of many clear cut chances while doing so. Monaco started to organise their formation and structure and were able to compete without brilliant play. After they corrected their backbone, it took them nearly 5 minutes to start playing the attacking football they have been wondering the whole world with this season. Bernardo Silva started connecting with Germain and Mbappe, and Mendy and Sidibe seemed to advance a couple meters up the pitch, which resulted in Monaco disposing of a couple chances, one which lead to the equaliser. Monaco tied the score via Thomas Lemar in the 27th minute from an edge of the box shot that rifled into the right corner. Bernardo Silva and Sidibe combine brilliantly before giving the ball to Lemar, completely unmarked, to shoot and beat Trapp.

With the goal came great impact on the game. Monaco’s attacking players started playing more freely, and Mendy and Sidibe started putting crosses in. This, however, led to more space for Draxler and di Maria to run at Subasic. With Monaco’s high pressing, came the risk that PSG players beat the first line of pressure and account for loads of unmarked space on the pitch.

PSG managed to take the lead from a rapid counter-attack proceeding from a Monaco corner kick. Just before the 44th minute, Draxler managed to find unmarked di Maria for him to finish low into the corner to beat Subasic and take the lead.

The score remained the same for the first half until the half time whistle blew. PSG enjoyed 65% possession, which is a number that can be tricky. Monaco are not a possession based team and don’t seem to pressure when the ball is in areas that can’t hurt them. They are playing much more direct than PSG, whose use of the ball varies from long possessions to counter attacks. At the break, PSG got more than 350 passes, while Monaco managed just a few over the 150 mark.

The second match started with the same attitude by the referee, letting the ball play through various kicks and knocks by both sides. Monaco managed a longshot from Moutinho that challenged Trapp but was wide. Paris Saint-Germain scored their third of the match through a rocket shot volley by Edinson Cavani.

The 3-1 seemed to turn the spark down a bit for Monaco. PSG continued to pass the ball around and around due to the lack of effective pressure from Jardim’s side. The match pretty much remained the same, with spontaneous attacks by both teams. Marco Verratti came off in the 80th minute for Matuidi. The last 10 minutes consisted of Monaco pushing up, but not being able to combine in the final third, and PSG counter attacking every ball they would win back. Just before the 90th-minute mark, Cavani was able to blast one off the post and in for a final 1-4. The goal came from a wonderful cross from Angel di Maria for a one-time finish by the Uruguayan.

After 5 minutes of pointless football, PSG were crowned champions of the Coupe de la Ligue. They have now won the title a record 7 times, 4 of them being in a row from 2014 until the current date.

Monaco gave up a competitive battle while they could, but ended up falling to the French giants. They ended up losing by a 1-4 score, with goals coming from Draxler, di Maria, Cavani, and Lemar. PSG have now been crowned 7 times, being the club to hold the most titles. They are unbeaten in the tournament since the 2013/2014.