Skip to content
Posted in Premier League, Transfers By By Far The Greatest TeamPosted on March 4, 2013Tagged Loic Remy, QPR 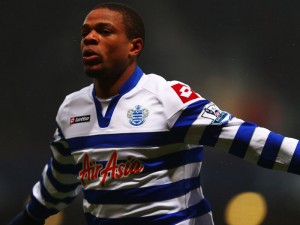 Loic Remy joined QPR in the January transfer window and has gone on to score two goals in four games, with one earning a point against West Ham and the other ensuring a win over Southampton.

The Frenchman  was set to join Newcastle United after an agreement had been made between the clubs but a last minute offer from QPR sealed his move to the capital.

QPR are at the bottom of the table and in need of a miracle to avoid relegation which Remy knows may have a negative impact on his Internation career. However, it appears as though the £75k-a-week contract was too good to turn down.

“It has surprised many people,” he said. “It’s in London, with very good conditions. The wage level too, it was interesting. This may be a hindrance to my international career, but I do not see things like that. I will make every effort to maintain the club’s status this season.”

Last season he scored 20 goals for Marseille and the season before it was 17, but at the beginning of this season he struggled for form and fitness. Having gone eight league games without a goal, Marseille decided to cash in on him for £8m, much to his disappointment.

“I didn’t want to go as a failure,” he said. “I wanted to finish the season there and then look elsewhere. I got a chill when I saw that the leaders had made their decision behind my back. When I heard that, I was a little disappointed. They have told me at the last moment, I was hurt.”