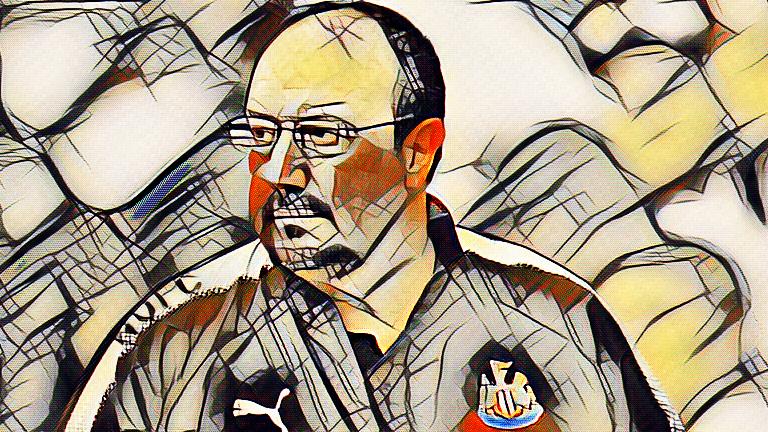 Ed: please note this was penned in the hour before Stoke City took leave of their senses and panicked.

Well, that got your attention, right?

Yes, I am serious. Rafa Benitez should walk away from St James’ Park and head down to Stoke-on-Trent before this transfer window slams shut. You think I am crazy, don’t you?

Rafa Benitez is a world-class manager being wasted at Newcastle United. The fact that the club are not bottom of the league is testament to his managerial prowess. As Rafa would say, look at the facts. He has to persist with that clown, Jonjo Shelvey because is unable to bring in anyone better. Mike Ashley’s idea of splashing the cash on a new striker is to give Rafa £2m to spend on Joselu. Rafa has even made Dwight Gayle look marginally better than Milan Baros.

The way Rafa is being treated by Mike Ashley is a well-known joke. This window, Ashley can hide behind the fact that the club is up for sale which I tend to think is a PR ploy so that he can get through another window without having to put his hand in his pocket. Last window, Ashley went on Sky Sports to do the whole “Diana interview” where he looked forlornly into the camera and said words to the effect of, “I’d love to give Rafa some money, I really would, but I don’t really have any”. Considering it is now January 15 and Benitez still isn’t sure what budget he has is a clear message from the top that they don’t really care whether they are in the Premier League or the Championship because, frankly, they will still be coining it in either way.

A few hundred miles down the road there is a club crying out for someone like Rafa Benitez. Rafa is believed to be staying at Newcastle mainly because of the fans and how great they have been to him. Well, in fairness, Stoke’s fans are probably as passionate as Newcastle’s and might even have a tad more realism in their lives as they don’t expect to be pushing for the Champions League. All they want to see is a team doing better than they are right now and would welcome a return to their little “anywhere between 8th and 12th will do me” bubble.

I find it bizarre that some managers in lesser jobs have turned down the gig at the Bet365 and it suggests that maybe there is something not quite right behind the scenes.

Whatever is going on behind the scenes at Stoke City will be nothing as daft as what you are putting up with right now so get on the phone to your agent and see if the deal can be done. I’d imagine Stoke would happily pay whatever it would take to get you.

ED: Or they could just give it to Paul Lambert