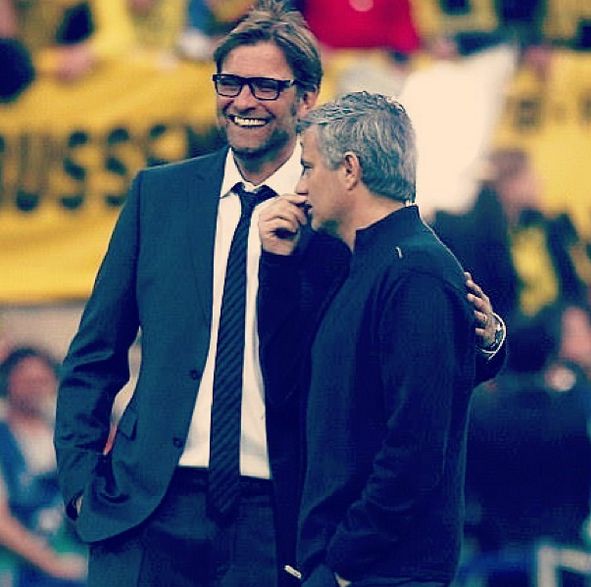 Posted in Chelsea, Liverpool, Newsnow Feed By By Far The Greatest TeamPosted on October 31, 2015February 2, 2017

Chelsea and Liverpool will be facing off at Stamford Bridge at high noon and in truth, a draw won’t suit either side with a heavy level of pressure on both sides who have been poor in recent weeks but with Liverpool getting better since the new manager Jurgen Klopp took over the reins, it is believed that Liverpool could wipe out Chelsea and make it Mourinho’s last game in charge at Stamford Bridge.

Although Chelsea FC won the English Premier League title only last season, they have not been able to do well this season.

With Chelsea just back from a Capital One Cup defeat  against Stoke City, it is widely expected that they would thrash Liverpool in anger but Liverpool fans believe they can dispose of the Blues tomorrow afternoon while scooping a much-needed three points?

Here are some reasons why they think so:
Simply, there’s more pressure on the Blues

Mourinho’s side lost against Stoke City in their midweek game and the Portuguese’s side must be ready to destroy any team that faces them as there are several rumors that the manager might be sacked if he does not get a win against Liverpoo in that match while Liverpool have less pressure on them as they just signed their manager and he has been doing well enough for the club since his arrival.
Diego Costa vs Martin Skrtel will be a factor

There has always been an unsaid battle between Chelsea’s forward Diego Costa and Liverpool’s centre-back Martin Skrtel and Skrtel has almost always seemed to be the one to come out on top.

The defender will obviously not be afraid of Costa’s pranks but Costa might be careful of him too much and this might just cost them the game.

Between new Liverpool manager, Jurgen Klopp and Chlsea manager, Jose Mourinho, it is obvious that Mourinho will be the one to lose any kind of finesse tomorrow especially as past records show with Mourinho already suffering one ban and one fine and on the verge of another. Meanwhile Klopp is as cool as can be seen presently.

The manager’s relationship with players

WE will just have to wait and see what happens after the match.