Aubameyang mostly mentioned that the English club changed a lot after the movement of Klopp to Anfield. He brought new energy and passion to the club. He is too enthusiastic, and his efforts do not go in vain. Even when they are about to lose a match they can fix the situation as it was in the match against Borussia.

Aubameyang is sure that with this kind of play the English club can win the title of the champion in Europe League.

In his turn Klopp talked about the quarter final match of Europe League. When he saw that it was already 77th minute of the match and the score was 3:3, he understood that there is enough time to fix everything.

“At the end I understood that I became a part of something special”,- said Klopp. Klopp also mentioned that one of the important factors that his club reached semi-final is that his players never think about the next round, they concentrate all their thought and energy on the match and struggle till the last minute.
Liverpool will contest the first-leg of their Europa League semi-final with Villarreal on Thursday night when they travel to Spain. The match will start at 20:05 (Central Europe Time).

Currently Liverpool is on the seventh place in the Premier League Table. 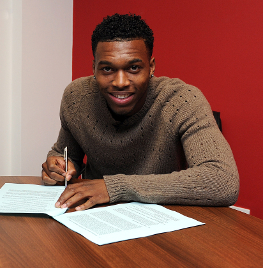