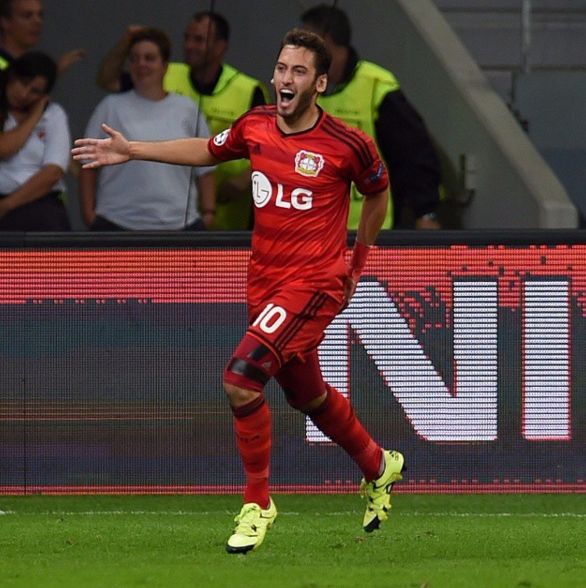 Manchester United are making attempts to sign Bayer Leverkusen gifted play-maker Hakan Çalhanoglu and, the Metro is claiming they can seal the signature of the Turkish footballer for £28.9 million.

The aforementioned source further reveals that United have been eyeing the Turkish footballer and representatives from the club monitored Çalhanoglu once more last week as the German outfit faced Roma in the Champions League.

Bayer Leverkusen have succeeded in fending off all approaches in the past but it has now been stated that an astronomical offer can railroad the Bundesliga club into parting ways with the Turkey international.

It is claimed any potential suitor will have to cough up a hefty €40m to sign Çalhanoglu and, SportBild say Leverkusen sporting director Rudi Völler who said although they have had offers from clubs, they do not want to weaken the squad by selling Çalhanoglu. It is also understood a £28.9m offer from United will make Leverkusen enter negotiations, even though the player’s deal does not contain an exit clause.

Since the end of the summer transfer, United have been linked with the 21-year old, with reports coming from Turkey – at a time – that a deal had been agreed.

Regarded as one of the best young players in the world, Çalhanoglu joined Leverkusen from Hamburg in 2014 after progressing through the youth ranks at Karlsruher. The gifted free-kick specialist is known for his powerful shots and would be a worthwhile addition for the Red Devils midfield, with Michael Carrick and Bastian Schweinsteiger in the waning periods of their careers.