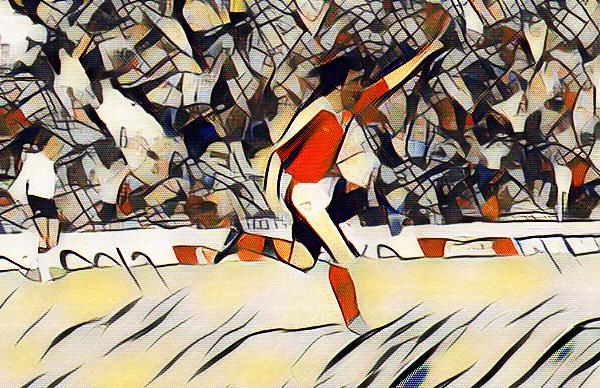 Scoring the winning goal against a rival with three minutes remaining. Ending a 47 year spell without defeating a rival. Preventing a rival from progressing to a third place play-off in a World Cup. June 21st 1978 is a day which goes down as one of the most exemplary days in Austrian football history.

Whilst Austria recalls the 1978 second round match in Argentina against West Germany as Der Wunder von Córdoba (The Miracle of Córdoba), the opposition contrastingly refer to the match as Der Schmach von Córdoba (The Disgrace of Córdoba) as their World Cup campaign culminated in disappointment. It would be the first victory Austria gained over West Germany since 1931, during the days of the Austrian ‘Wunderteam‘ under manager Hugo Meisl, an era which Austrian football was at its most dominant with its star man Matthias Sindelar captaining the side.

Heading into the match, the group system used in the tournament meant that West Germany, who’d unsparkfully drawn their first two matches in the second round to Italy and eventual runners-up Netherlands, needed a miraculous five goal win margin against Austria to conicide a draw between Italy and Netherlands in order to reach the finals. This therefore meant the Germans only had the more realistic chance of securing second place in the group in which they would need to win or even draw should second placed Italy fail to win against top of the group Netherlands and progress to the third place play-off.

Austria on the other hand were rock bottom of the group having lost both of their first two games in the second round against the Dutch and Italians 5-1 and 1-0 respectively, meaning they were already out of contention heading into the final group game and theoretically making the outcome of the tie meaningless. However with West Germany the opponent, Austria would instead see this match as their own cup final and hope to achieve the remarkable feat of defeating the reigning World Cup champions on a summer afternoon at the Estadio Chateau Carreras in Córdoba.

In front of a crowd surpassing 38,000 spectators, Israeli referee Abraham Klein’s whistle would blow to begin a classic 90 minutes of tournament football. German legend and current Bayern Munich chairman Karl-Heinz Rummenigge gave his nation the lead on 19 minutes after some fantastic interpassing between him and forward Dieter Mueller on the right wing in which Rummenigge calmly finished the move by slotting low past keeper Friedl Koncilia.

The 1-0 lead against Austria wouldn’t matter going into halftime, as the other game in the group, playing simultaneously in the city of Buenos Aires, saw Italy take the lead against The Netherlands thanks to a own goal by Dutch defender Ernie Brandts. The significance of that goal meant West Germany, as it stood, could only qualify for the third place play-off by maintaining their lead whilst it would be Italy to overtake the Netherlands at qualify for the Final.

A game-changing moment occurred with just under an hour played when a dangerous Austrian cross into the box saw German keeper Sepp Maier failing to collect the ball after coming off his goal line. Consequently, German defender and captain Berti Vogts, who was positioned behind his keeper, deflected the cross into his own net after pressure was applied by the on-rushing Austrian forwards Wilhelm Kreuz and Walter Schachner. To make things worse for the Germans, Brandts had equalised and made up for his own goal in the game between Italy and Netherlands.

With both games scored at 1-1, West Germany’s slim opportunity to reach the final was possible once again but made much more difficult by their own undoing. Eduard Krieger in the Austrian midfield was given time and space to bring the ball forward on the left wing and float in an inch-perfect cross towards the far post. Hans Krankl, just minutes after his country levelled the game, showed his outstanding technical ability in controlling the ball and striking home a sweet first time left-foot volley beyond Maier to give Österreich a startling lead on 66 minutes.

The cliche and myth of teams being at their most vulnerable after scoring rang very much true for the Austrians, as West Germany re-established themselves in the game within moments of losing the lead when free-kick specialist Rainer Bonhof whipped in a ball from the far right onto the head of Bernd Hölzenbein who found himself free, unmarked and uncontested in the centre of the Austrian box. The disappointing lapse of concentration by Austria to not pick up the German midfielder meant Hölzenbein could generate power and direct his header away from the diving Koncilia in the Austria goal.

Arie Haan’s goal for The Netherlands on 76 minutes meant that, with both games nearing an end, West Germany would overtake Italy, secure a second place spot in the group and progress to the third place play-off. However it would be the goal-scoring exploits of Hans Krankl, who had scored 41 domestic goals with Rapid Wien that season, getting his second goal of the game and his fourth goal of the tournament. Krankl gained possession from a switched ball across the field by Austria full back and captain Robert Sara, then dazzled and drove through the German defence to cooly slot the ball into the net on 87 minutes.

It will be 40 years ago this summer in which Austria and the footballing world will reflect on the huge upset they produced that day and what is a rare victory for a nation who have only won on three more occasions in both the World Cup and European Championship tournaments. Both sides have met 17 times since, and not surprisingly Germany have won 15 and drawn one of those ties, with Austria’s last victory coming in a friendly back in 1981.