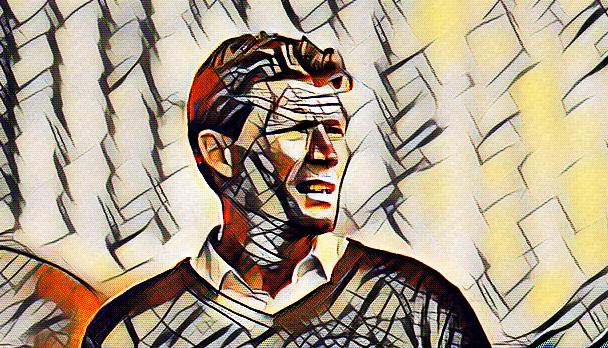 Brechin City are not one of the biggest names in world football. They aren’t even one of the biggest names in Scottish football. Even in their county, of Dundee and Angus, Brechin City are still one of the smaller teams. Despite their small nature, they have managed to negotiate their way through the playoffs and into Scotland’s second tier; the Scottish Championship. This is not the first time “The City” have reached Scotland’s second tier, but the method of their promotion this year was an unbelievable achievement.

Brechin gained promotion to the Scottish League One (old Division 2) after being crowned Champions of League Two (previously named Division 3) in 2002. Since that day, they have been promoted to the second tier of Scottish football three times; as runners-up in 2002/03 (an impressive double-promotion), as Champions in 2004/05, and finally this current season, via the playoff system. Both times that Brechin City got promoted in the early 2000’s however, they got relegated the following season. Will Brechin suffer the same fate next season? If they can avoid the drop then it will be a minor miracle.

Since their relegation back down to Division 2 (current League One), Brechin City have remained there, stagnating, never really looking like returning, but rarely looking bad enough to drop down further. In 2012 The City appointed a young Ray McKinnon as their manager, an appointment which proved to be a catalyst to push Brechin on to challenge further up the league. McKinnon joined Brechin in October of 2012 and a solid season saw them finish third, gaining a playoff position and gifting McKinnon a real chance of promotion in his first season. Alloa Athletic knocked Brechin out 4-3 on aggregate in the semi-finals. It was a hard blow for Brechin, but a good season gave the manager and players a good deal of belief to carry into the next year.

The next season was a bizarre one for Brechin. They finished 8th, in a 10 team league. Only 10 points above relegated East Fife, and yet such was the tight nature of the division that year that they were only seven points off Ayr, who occupied the final playoff spot. Every team that lay between the relegation playoff and promotion playoff in the 2013/14 season had 12 wins to their name. The only difference was that The City hadn’t picked up as many points from draws. This was primarily down to McKinnon pushing for a win in tight games. The high-risk high-reward system brought about many highs and lows that season. It was also a difficult season due to the newly formed Rangers entering the league, who only dropped points in three games all season.

2014/15 was a step forward for Brechin. With Rangers out of the league, the division became wide open again, and the more traditional ‘anyone can beat anyone’ format returned. McKinnon’s men gained 15 wins that season, and crucially ground out 14 draws and only seven defeats. These points proved crucial in edging out Airdrieonians in finishing in the playoff spot. Once again, it was a match against Alloa Athletic which thwarted Ray McKinnon’s men, this time with Alloa playing to remain in the division above. It was a season of progress for Brechin, despite the ultimate disappointment in May.

Ray McKinnon’s impressive run to the playoffs with Brechin had not gone unnoticed and earned him a move to one of his former teams, Raith Rovers. This was announced just days after Brechin lost in the playoffs to Alloa. Darren Dods was the man chosen to replace McKinnon and was signed as a player/manager. The centre-half rarely started himself, but did manage to amass a hefty nine yellow cards in the 15/16 season.

Managerial life was tough for Dods initially, as Brechin lost the first six games of the season, including an opening day 6-1 butchering by eventual Champions Dunfermline Athletic. After a good number of years of pushing for playoffs under McKinnon, this certainly felt like a backwards step for The City. They looked a sure thing for relegation, yet result after result seemed to go against them. But credit to Dods and his team, they kept pitching away, digging out points where they could, always remaining in contention. Then, after a run of three consecutive defeats in February, fortune changed.

On March 1st, Darren Dods scored in a 4-0 defeat of fellow relegation candidates Forfar. This massive result was a turning point for Brechin’s season. They had seen off a team close to them in the table and utterly dismantled them. Something clicked on that day, and they went on a jaw-dropping run of form, winning eight of their last ten matches. Considering they only won 12 games all season, to win eight of them from March onwards was remarkable. They avoided relegation, and despite a torturous seven months of the season, fans remained quietly optimistic in the knowledge that Dods was learning from his mistakes.

Anyone who saw Darren Dods play during his career could have guessed that he would have ended up becoming a coach/manager. He was a physically imposing defender, affectionately known as “Robocop” during his spell at Dundee United due to his peculiar running style. Throughout his career he was a talkative defender, always encouraging his teammates at his numerous Scottish clubs (Hibernian, St. Johnstone, Inverness, Dundee United, Falkirk, Forfar and Brechin). He was excellent at coaching young players that he played with in-game. At Dundee United he built up a rapport with a young Garry Kenneth, helping him earn his stripes and eventually seeing his junior centre back partner earn a cap for Scotland. In an interview with the Edinburgh Evening News at the beginning of this season, Dods admitted that he is willing to hang up his boots in May this year and will focus fully on the managerial aspect of his career.

This choice to retire may be a wise decision. He is over the age of 40 now, and, to the surprise of many, his side will be playing in the Scottish Championship from next season. Livingston won the league with ease, amassing an impressive 81 points, including 26 victories over 36 games. Alloa, Brechin’s playoff nemesis, finished 2nd, while Airdieonians and Brechin were locked in a battle for 3rd, which Airdieonians won by finishing with 52 points compared to Brechin’s 50. By finishing 4th, it means that Brechin City would be playing Raith Rovers, who dropped into the relegation playoff spot in the division above on the final day of the season.

Brechin earned a 1-1 draw against Raith at their home stadium of Glebe Park in the first leg. It was a good platform to build upon, but would still require a win at Starks Park. The second leg was thrilling. Brechin took an early lead on 50 minutes, before being pegged back to 1-1 by Raith defender Jean-Yves M’Voto. Brechin thought they’d won the tie when Alan Trouten grabbed a late goal. But the party was postponed when Raith equalised beyond the 90th minute. For a Brechin team that had crashed out of the playoffs at the last few times of asking, the pressure was most certainly on.

The match went to extra time, a tough ask for Brechin, a side comprised primarily of part-time players. Their task was made even more difficult by on-loan Rangers striker Ryan Hardie, who fired Raith 3-2 up on the day. The Championship team, managed by highly reputable Scottish Cup winning manager John “Yogi” Hughes, had the simple task of seeing out the game against the part-timers. The odds were stacked against Dods’ men, but the odds were stacked against them at the start of his tenure when he could barely buy a win. Just like September 2015, Brechin rallied, and they got the goal they desperately needed. With just five minutes left, Liam Watt hammered in a free kick to equalise. The game finished 3-3, 4-4 on aggregate, and the game went to penalties.

Penalties were a nightmare situation for Raith. Their higher reputation and full-time player status went out the window and the odds were 50-50. Confidence was obviously high in the Brechin ranks, and the team won 4-3. In the biggest shock of the Scottish playoffs so far this season, Raith were relegated, and The City went through to the playoff final, a two-legged game against, yes, you guessed it, Alloa.

After a 1-0 victory at Glebe Park, the belief was there. Surely The City couldn’t fall to Alloa in another playoff game. Then the second leg arrived, and the pressure built. In an ever-changing game, Brechin went one up on 34 minutes. Alloa then scored on 36 minutes, and again on 40. McLean drew Brechin level 2-2 just after halftime, and that had The City leading 3-2 on aggregate. Alloa’s Grieg Spence completed his hat trick on 74 minutes to make it 3-3 on aggregate. Brechin scored again on 78 minutes to go 4-3 up, then on 79 minutes, Alloa scored a bullet header to draw level, 4-4 on aggregate.

The tie went to extra time, and after no breakthrough, penalties. The shootout was thrilling, and Brechin, who finished 4th in their league, won 5-4 on penalties. Alloa will feel aggrieved to have fallen at this stage, due to being 12 points above Brechin, but that is just how the playoffs work. Brechin played two very strong teams, each over two legs, took them both to penalties and triumphed.

Next season will be a real test. The last two times Brechin have been in Scotland’s second tier, they have finished bottom. In 2003/04, they missed out on survival by seven points. In their next season in that division, 2005/06, they went down with only 17 points, managing only two wins all season. Despite it being a new experience to most of the players, plus Darren Dods having never managed at this level, the fans will know the hardships that they faced previously. Realistically, the 2017/18 season is going to be tough for The City. With so many big sides in the league, such as Morton, Falkirk, newly promoted Livingston and one of either Dundee United or Hamilton, it is hard to imagine lowly Brechin City finishing anything other than bottom. However, as previously mentioned, very few of the players have played at this level, and Dods has not managed in the Scottish Championship. It may be a disaster, but they may take to it like a duck to water. They have done a remarkable job in even gaining promotion, their manager is still a registered player! If they make the right acquisitions in the summer and get points on the board early next season then maybe, just maybe, Brechin City can retain their place in the Scottish Championship.