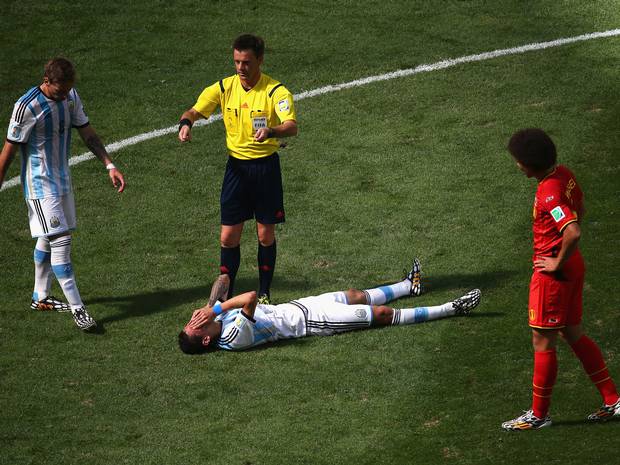 Angel Di Maria arrived amid huge expectations to Man Utd in a British record £59.7 million deal from Real Madrid in 2014. The Argentine winger has just won the La Decima with Los Blancos and everyone at United was excited to see the arrival of one of the best talents in football.

However, the 27-year failed to live up to the expectations at his new club and after scoring three league goals in 27 appearances he sealed a £44 million to PSG.

He has scored nine goals and provided 11 assists in 19 league appearances to PSG and has proved that he still hasn’t lost his touch.

So what went wrong at United? His PSG teammate Lucas Moura has claimed that Di Maria struggled with off-field problems at United.

He never shared a healthy relationship with Louis Van Gaal and his family never felt secured in Manchester after an intruder broke into their home shortly after their arrival in the city.

“It is true that Di Maria didn’t perform at his best in England, but he’s been amazing so far for us,” Moura told Squawka.

“Football is a team sport, so you can never blame just one guy for a bad moment. If you have some problems off the pitch, it will definitely interfere with your performances.”

“There are things difficult to explain in football,” he told Squawka. “Sometimes the whole world recognises a player as a top class footballer, but then somehow he just can’t show his capabilities at a specific club.”

“There are so many things to consider when someone isn’t playing well,” said the Argentine’s team mate. “Here in France he is living a fantastic moment, and he’s definitely one of our best weapons in PSG.”