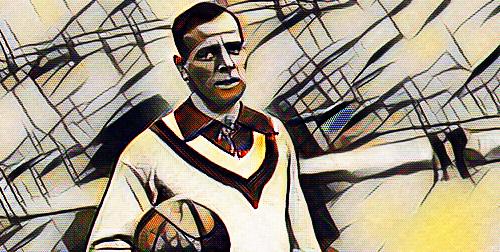 Spain, 1936: The Republicans waged war against the Nationalists, a Falangist, Carlist and aristocratic conservative group in Guerra Civil – The Civil War.

The unrest began with a pronuniciamento, a declaration of military opposition, against the Republican Party from a group of Spanish Armed Forces generals. Needless to say, chaos ensued; Nationalists began an uprising in Spain’s major cities, including Madrid, Valencia and Bilbao.

Guerra Civil played a major role in how Barcelona and Real Madrid’s rivalry is seen today. Back then, Spain was under the rule of harsh dictator Francisco Franco, a Real Madrid fan. The people of Barcelona fought his policies; he often resorted to murder and torture to show that to him a separate society under his domain, like what the people of Catalonia wanted, was unacceptable.

It was at this time that Catalonians began to heavily support FC Barcelona, more than ever before, to show their collective hatred towards Franco – it allowed them to continue to use their language, embrace their culture and to (hopefully) get one up over their enemy.

This meant that clasico ties were even feistier then than they are now; on the eve of the civil war, Real Madrid and Barcelona met in the Copa del Rey final, in arguably the most famous meeting between the two sides.

With the score at 2-1 to Real with three minutes to go, Barcelona’s Josep Escola shot hard and low to the right, and looked to have pulled the score level. On the Mestalla’s unforgiving dry, hard pitch, though, when the dust in the goalmouth cleared as the Barcelona players, and fans, had began celebrating, the goalkeeper came into sight smiling, with the ball held firmly in his hands. Real held out for the win.

Introducing Ricardo Zamora: an enigmatic political figure known as a Spanish sex symbol that was a heavy Cognac drinker and smoker; he was once arrested for smuggling Havana cigars.  He was Real Madrid’s first big-money signing as the first Galacticos era began to take shape.

Luis Figo famously had a pig’s head thrown at him by a Barcelona fan after he moved to the Santiago Bernabeu back in 2000; Zamora, or ‘El Divino’ (‘The Divine’), had also played for Barcelona before joining Real, with a spell at Barca’s bitter Catalonian rivals RCD Espanyol in-between. Clearly then, he was not averse to controversy.

He was born in Barcelona, and like the rest of the city, he was firmly against Franco’s policies. It did not stop him signing for the dictator’s beloved Real, however.

In late 1936, Spanish newspapers reported that Zamora was found dead, shot by Republicans and left in a gutter in Madrid, which the Nationalists used in their propaganda. The reports were false, but when he was found alive and well he was captured by Republican militia and held at Modelo prison. He would have been executed if it was not for his willingness to play football with the guards before the Argentinean embassy rescued him.

Zamora’s goalkeeping ability, though, was just as incredible as his life was eventful. Not only did he make one of the most dramatic saves in Spanish football history in the afore mentioned 1936 Copa del Rey final, but he was a pioneer of diving at strikers’ feet and punching the ball away from danger – Spanish newspaper MARCA award the ‘Zamora Trophy’ to the Primera Division goalkeeper with the lowest goals-to-games ratio across each season.

Much like Lev Yashin’s famous all-black attire, Zamora had a favourite outfit of his own: a white polo neck jumper, much like a village cricketer would wear today, and a flat cap. And like most other goalkeepers of the time, he played with his bare hands.

Zamora’s talents were not just on the football pitch; he was a keen actor, and starred in ‘Por fin se casa Zamora’, a comedy, in mute cinema, in which Zamora’s uncle forces him to marry his ugly cousin in exchange for his fortune.

Such was his fame, when Josef Stalin was told that a man named Zamora (Niceto Alcala-Zamora) was to be president of the Second Republic in Spain, he said: “Ah, the goalkeeper”.