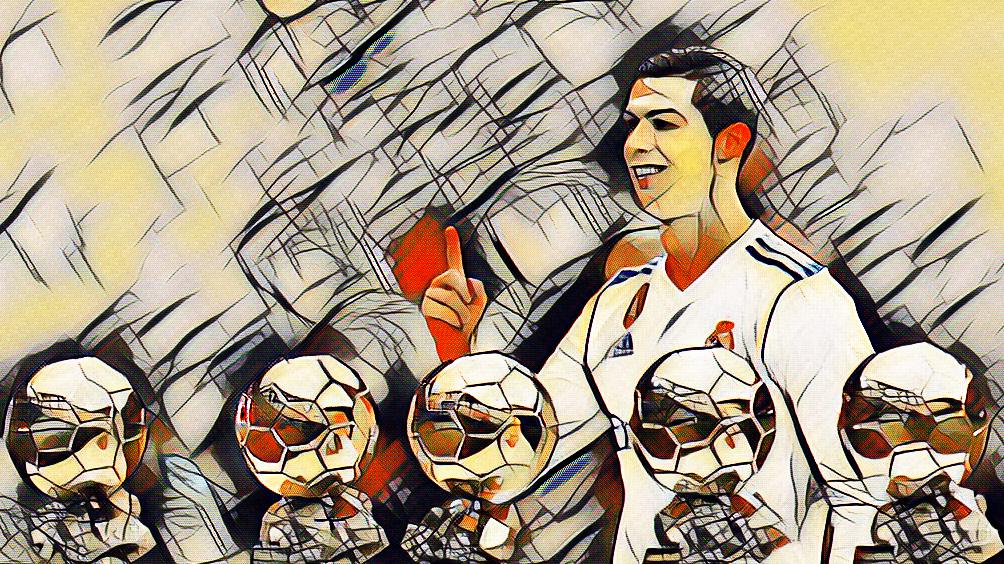 A Decade of Dominance

The Ballon d’Or is the award all the players want to win. It recognises the winner as the best player anywhere on the planet.

For the last decade this award has been won by just two players, Lionel Messi and Cristiano Ronaldo, tied at five wins a piece.
Such dominance of this prestigious award by Messi and Ronaldo has never been seen before, it may never be seen again. In-fact in the decade previous the award was won by NINE different players. Cristiano’s Brazilian namesake the only player to win more than once, picking up the award in 1997 and 2002.

So what does the future hold? continued dominance by a small selection of players or a more open and diverse list of winners.

I have no doubts that next season and perhaps the season after that will continue to be dominated by the incumbent winners. Will Messi make it win number 6 and 7 or will Ronaldo prove to be the last man standing.

What about beyond that?

Who could be the contenders for this award as Ronaldo and Messi inevitably decline into retirement?

Over the next 10 weeks I will be profiling the players I believe will be the contenders. I will submit arguments for reasons why they can win the award and speculate as to why they may not. This list of players is subjective and includes some obvious choices too difficult to ignore, but they’ll also be the odd wildcard in the mix too.

The obvious heir to the throne is of course the worlds most expensive player and one-time team mate of Lionel Messi, Neymar. Twice he’s placed 3rd behind the dominant pair and he’s still young enough that in two seasons time he’ll be primed to step-up onto the 1st placed spot soon. He’d be joining illustrious company as the latest in a long line of Brazilians to be awarded the title of World’s Best Player.

Along with the aforementioned Ronaldo Luis, Rivaldo, Ronaldinho and Kaka. When taking into account the re-evaluation of the awards pre 1995, when South Americans were previously omitted from the voting, you could also include Pele, Garrincha and Romario to the list, although it must be noted the original winners remained unchanged.

He’s not alone in having the prime combination of age and skills to pay the bills, could we see the first Englishman to win the award since Michael Owen in 2001. The 4 season wonder that is Harry Kane could be well on his way to being crowned the worlds best player in the year 2021. It would certainly be a fitting end to what would be almost a decade of excellence by that point. At the time of writing Kane is just 8 goals shy of a recording breaking 43 goal season for a Premier League team. The  record was set by the current holder of The Ballon d’Or, Cristiano Ronaldo during his time at Manchester United.

Antoine Griezmann, Paul Pogba and Kylian Mbappe will be flying the flag for France. Not since the crowning of Zinadine Zidane in 1998 as the worlds best player has there been a winner for Les Bleus. Griezmann at 26 will have a harder time of staking his claim as the clock ticks down on his career as a truly world class striker. Pogba at 24 however has a little more time to truly justify his short-lived status as the world’s most expensive player. The electrifying Mbappe more time still, at just 19 years of age, Mbappe already has the attention of the world and earned a mega money move from AS Monaco to PSG. Incredibly even at PSG, Mbappe doesn’t look out of place, no mean feat playing in a squad laden with stars, one of which a major contender for the same award.

Since it’s inception in 1958 no player from Belgium has ever won the Ballon d’Or. You’d be forgiven if you looked at the national squad today and couldn’t pick just one outstanding player. The truth is they have several, my focus though will be on Manchester City’s wizard Kevin De Bruyne, the much maligned Romelu Lukaku, the somewhat inconsistent Eden Hazard and the prospect Youri Tielemens.

Last and by no means least I’ll be taking a look at a player whose position has been over looked in this competition for the last half century. Lev Yashin was the last and only Goalkeeper to win the award back in 1963. Could Manchester United’s David De Gea be the one to re-write history, not only as a Goalkeeper, but as a defensive player. Fabio Cannavaro being the last recipient of the award back in 2006 that plays a defensive position. In-fact in the Thirty Years I’ve been alive Cannavaro and Matthias Sammer are the only players in a defensive position to ever receive the Ballon d’Or.

No doubt the above list will evoke many questions, some players are there on merit, others on potential alone. My aim is create a conversation around these players, place doubt on their credentials in some cases and perhaps convince you of the claims of players not currently in the picture.

Follow me on Twitter @darrenbutler87 and @ByFarBlog to keep up to date with extended player profiles and arguments for and against the above players contending for The Ballon d’Or post Ronaldo and Messi.