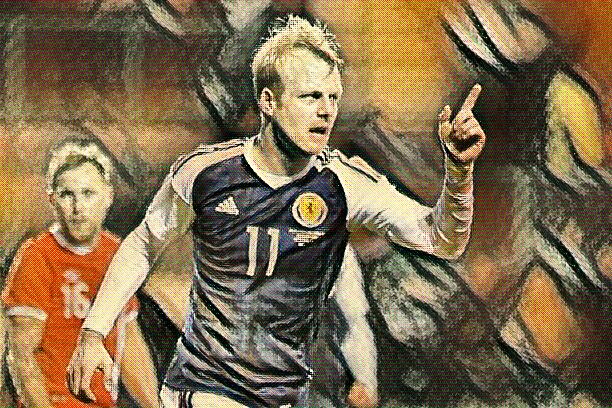 The Scots last qualified for a major tournament back in 1998, and their current side is seemingly not up for the challenge as they sit second bottom of their 2018 World Cup Qualifying Group.

Gordon Strachan’s team has picked up just one win in four matches in a poor start to the campaign, beating bottom side Malta 5-1. Other results include 3-0 losses to both England and Slovakia, and a hugely disappointing draw at home to Lithuania.

Their poor recent history can be compared and contrasted with neighbours Northern Ireland, who have wasted no time in by-passing their once superiors. There was a time not long ago where Michael O’Neill’s men were trailing behind the Scots, where they were not expected to challenge with the likes of Poland and Ukraine, even Germany, but times have changed.

Scotland meanwhile have gone in the wrong direction, slipping to an incredible 67th place in the FIFA World Rankings, 32 places behind Northern Ireland, and notably find themselves stuck between Benin and the United Arab Emirates, a feat unheard of just ten or fifteen years ago.

There are countless reasons why an international side just cannot perform on a global stage, be it inexperience, a lack of unity, or even nerves coming into play. The current situation of Scotland can however be narrowed down to the players involved, and consequently the manager in charge of those players.

There is no doubting the talent available in Scotland, and the capabilities and experience of Gordon Strachan as a manager, particularly with his time at Celtic. He has however faced relentless criticism during his current reign as national team manager, with his squad selection a major concern for many worried fans, although seemingly still has the backing of those above him.

Previous squads have seemingly shunned out talented individuals earning their trade in the country itself, with Strachan evidently showing an inclination for those playing south of the border. Just two SPL players earned a start in the 3-0 loss at Slovakia, with the majority of the starting XI playing in the English Championship at the time.

This should not advocate the inclusion of an endless list of SPL players into the squad, although it does act as a wakeup call that perhaps at least a handful of the top performers in the league should be considered.

Fortunately Strachan has listened to the external voices playing on his mind, with the current squad comprising seven SPL first team players, significantly six from record-breaking Celtic and one from Rangers. Stuart Armstrong is one of many who have deserved their call-up, which not only signifies a step-forward through the selection of undoubtedly many of the best performers of this campaign, but also a willingness to try new things after such a negative start.

Where Strachan may have based his selection on club prestige in the past, form is now thankfully at the top of his list, opting for stand-out performers like Bournemouth’s Ryan Fraser and Fulham’s Tom Cairney, opposed to Ross McCormack and his £12m price tag.

It is apparent that Strachan has certainly favoured players that represent higher quality teams in England, particularly in the Championship, but history has strongly opposed this notion. Again Northern Ireland may be considered, with a unique squad list comprising players from the Scottish, English and Irish football leagues.

Scotland, with a population almost three times that of their noisy neighbours in green, can certainly take a leaf out of their book and focus on a much broader selection criteria.

As the England national team has proven time and again, a squad bursting with individual talent cannot perform on a global stage, where team unity and determination will always outmaneuver big egos and selfish attitudes. A close-knit group of players scattered across various leagues, many of a lower standard in the case of Northern Ireland, is much more effective than a group of players performing week in, week out at the highest possible standard with an absence of unity or willingness to play together.

Scotland seemingly sits somewhere in between, with more players playing at a higher standard than other home nations like Wales, but much fewer than that of England. They are of course a small country in comparison to the latter, and so adopting an approach similar to that of the former is evidently the way forward.

The current squad reflects this positive thinking, although there is yet again backlash at the refusal to select a larger number of home-grown players. Aberdeen’s Graeme Shinnie and Kenny McLean are the most significant absentees, where team-mates Jonny Hayes and Adam Rooney have had no such trouble in reaching the Republic of Ireland provisional squad.

Another highly negative aspect of the current squad is balance. Where there is undeniable talent going forward, defensive frailties have cost Scotland so dearly in recent times. The current squad epitomizes this recurring problem, where an arguably incompetent defence, aside from Keiran Tierney and Andy Robertson, contains three recognized left-backs yet incredibly no recognized right backs.

A hugely significant aspect, and one that those in charge have seemingly failed to realize, is that the quality Scotland sides of the past were very different to the one we are witnessing today. The successful 1998 World Cup squad comprised a largely experienced list of stalwarts, who more importantly represented Scottish clubs. Countless Celtic stars made the cut, along with Rangers, Hearts and Aberdeen regulars, a feature still present today but certainly not as pervasive.

This was the traditional, progressive, innovative Scotland team, one which is hopefully re-emerging and can achieve at least some form of success for the devoted Tartan Army.

With a fresh attitude and the right mind-set, the squad can undoubtedly overcome their 1-1 draw with Canada in their friendly encounter yesterday. Slovenia, who sit second in Group F undefeated in their four games, travel to Hampden at the weekend, so it is a great chance for Scotland to kick start their revival.