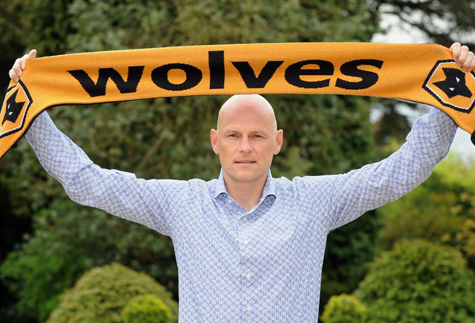 Played off the Park: A top 10 finish and to generally be in and around the Play-Off area for the majority of the season. I feel this is a bit of a ‘transition season’, with new arrivals, including a new manager and some key players leaving.

POTP: I’m relatively pleased. We’ve sold two good players in Kightly and Guedioura, which I’m unhappy about, especially Kightly, who I think has shown disloyalty to the club and fans. Then, I feel Guedioura was a good player, in attack and defence, so I’m sad to see him go. Then, I don’t like the way Fletcher’s has gone about it, but him and Matt Jarvis have both handed in transfer requests, which I think we all saw coming. We’re asking for a lot, to show our ambition and if they do go, we’ll definitely have money for replacements, as teams have already made bids of around a combined £20M, which you can wreak havoc with in the Championship. I will be sad to see them leave but it’s what happens with relegation. Christophe Berra also asked to leave, which I’m pleased about, as I won’t have to get nervous every time he decides to get someone in a head lock while ‘defending’ a set-piece. However, I’m also a little sad to see Hammill going, he’s a good little winger, but I feel, like Guedioura, he hasn’t had a fair crack of the whip at Wolves.

Now, on to incomings! We seem to be strengthening the front line, with the free signing of ex-Chelsea and West Ham ‘hot prospect’ Frank Nouble. I’ve only heard bad things about him but he’s young and on a free, so should be able to make some kind of impact for the team, he has so far in pre-season at least. Then we’ve also signed the promising Bjorn Bergmann Sigurdarson from Norwegian club Lillestrom for around ￡2.5m, who has been called the best player in the Norwegian league and one of the hottest prospects of Icelandic football, so hopefully he can do well for us, this season and the years to come. Then, we signed two players on loan; Midfielder, Tongo Doumbia from French club Rennes, who made an immediate impression, with a goal and an assist in the friendly against Shrewsbury and also Polish international midfielder Slavomir Peszko from FC Cologne, who’s thought to be the replacement for Michael Kightly. Finally, we signed 18-year-old Jamie Tank from Walsall, for around ￡20,000, who is obviously one for the future.

POTP: Hmm, this is a tough one. I’m going to say Roger Johnson. He didn’t have an outstanding début season at Molineux, but it seems he’s staying and the fans are finally accepting him, which is all good news, as he’s a good defender, and you need a good defence in the Championship.

POTP: Before he took over at Wolves, I didn’t know a lot about Stale Solbakken, but I do feel optimistic with him at the helm now. He did well in Denmark with Copenhagen, even beating Barcelona in the Champions League! He didn’t have the best of time in Germany, but there was a lot of trouble off the pitch as well. I’ve read he likes patient passing, which apparently Wolves played vs Aldershot, and that he’s young, strong and ambitious, which is exactly the type of manager I want. I really believe Solbakken is the man to take back into the Premier League, and even further on.

POTP: Again, another tough one! I think it’ll be between Bolton and Burnley. Bolton have kept quite a few players and have a good side, as well as a decent manager in Coyle, then I think his old club Burnley will be up there as well. They have a talented young manager in Eddie Howe, who should only get better. They have two good Championship forwards in Vokes and Austin, and they’ve also strengthened their defence well by signing Jason Shackell from Derby, so I think they can be dark horses for promotion this year.