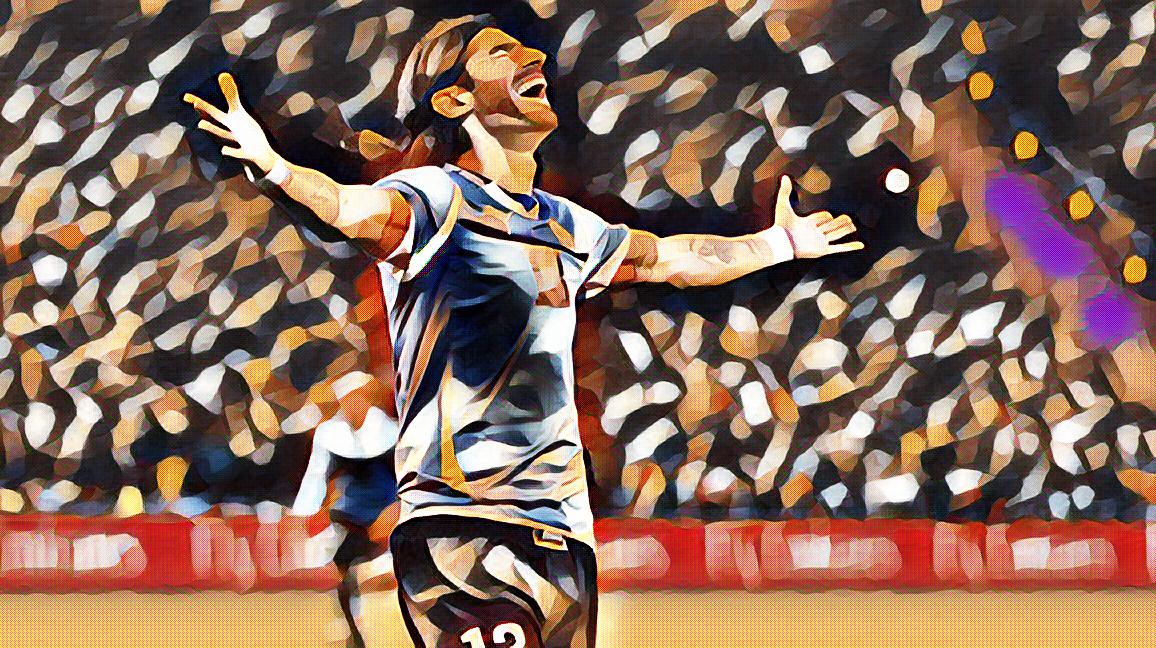 Sebastián Abreu only just signed for Audax Italiano which will extend his already remarkable career as a footballer. The now 41-year old striker has scored over 400 goals in professional football which is an achievement on itself. However, it’s not the number of goals that reached the Guinness Book of World Records. Abreu has played in 11 different countries, playing for a staggering 26 different teams! A new record, as the previous record (25 different teams) was set by Lutz Pfannenstiel, a German goalkeeper. Sebastián played in nations as varied as Israel and El Salvador and has seen it all. Here’s a look at El Loco’s remarkable career.

Abreu was born in Minas, a city North-Eastern to the Capital Montevideo. His first steps in professional football were in Montevideo though, wearing the purple of Defensor Sporting Club. Defensor are famously known for their youth academy and Abreu is just one of the many talented players to come through their ranks. Abreu had a flying start for Defensor scoring both in the domestic league as well as in the continental stage. His 6 goals in the Copa Libertadores among other, earned him a move to San Lorenzo in Argentina. The lanky striker joined one of the biggest teams in Argentina and surely had a bright future ahead of him. El Loco was only 20 at the time but found the net on a regular basis, scoring on 13 occasions for the Argentines. Spain was beckoning…

Spain was beckoning indeed. Deportivo La Coruña would become Abreu’s 3rd professional club in just his 3rd year as a professional footballer. A trend that would turn into a common thread during his career. The Galician side was flying high at the time and Abreu failed to make a direct impact. Consecutive loan spells with Gremio, Tecos, San Lorenzo, Nacional, Cruz Azul and Club America saw him eventually return to his home country. Unfortunately, loan-spells and 1-year contracts became a regular thing for Abreu which saw him play in multiple countries all over the world. He had stints in Israel and Greece and covered about as much of the Americas as you possibly can.  El Loco signed for Puerto Montt in Chile this autumn and  told a reporter from Chilean newspaper El Mercurio the following:

I wouldn’t have moved back 6(!) times to Nacional in Uruguay and twice to River Plate & San Lorenzo if I was really interested in breaking the record. I genuinely believe in this project and want to show it on the pitch.

It shows that Abreu absolutely believes in every move he makes and has made in his career. Puerto Montt was founded in 1983, 7 years after Abreu was born. But yet Abreu joined his 3rd side in 2017. A club that didn’t even exist when he was born. However, Abreu did indeed show his commitment on the pitch as he scored 11 goals in 13 games. His performances for the second tier club eventually earned him a move to Audax Italiano who play in the Campeonato Scotiabank, the highest level in Chile. It will be his 4th club in 2017 and his 26th club in his career. A world record.

Not only the fans of Uruguay and all the clubs he has played for love Abreu. He’s not only a cult hero, he’s also a great tutor. One of the world’s greatest strikers right now, Luis Suarez, has a lot of respect for him. Suarez was breaking through Nacional’s youth ranks in Uruguay while Abreu was their main striker at the time.

He was like a father to me. He gave me advice and confidence to show my ability. I’ll always be grateful of what he did for me.

5 years later, in 2010, both players played a vital part in the World Cup Quarter Final against Ghana. Suarez received a red card after handling the ball on the goal-line avoiding a goal for Ghana. Suarez got sent off as a result and sat in the changing room with Guillermo Rivetria, Uruguay’s equipment manager. The extra time whistle had blown and penalties had to decide who would progress to the Semis. Uruguay finally had the chance to reach the Semi-Final again after multiple disappointing tournaments. Suarez was extremely stressed during that shootout, told Sofia. The pair exchanged text messages during the shootout as his wife watched the game in Barcelona due to her pregnancy. The tension was immense, she said.

Muslera saved Dominic Adiyiah’s penalty and Uruguay were through if they scored their next penalty. One man stepped up to take the decisive penalty. The man who helped Luis so much in his early career. His Idol, El Loco: Sebastián Abreu. Years of experience in multiple different countries all led up to this point. He calmly ran up to the ball and delicately chipped the ball past Ghana’s goalie. Goal! Again, it became clear that Abreu’s nickname was justified. He chipped the ball with so much at stake, with so much pressure but yet he remained so calm. Abreu was confident though, the panenka was his trademark. He had missed multiple penalties in his career but did indeed score the most important one. Uruguay were through to the Quarter Finals!

Abreu reached the pinnacle of his career a year later winning the Copa America with Uruguay. It was the cherry on an already impressive but nomadic career.

El Loco, the crazy one. Abreu’s decision to chip his penalty may seem outrageous but it actually wasn’t. He studies his opponents and knew he would score this way. There are so many different stories and anecdotes as to why Abreu is the loco one. From his tattoos all over his body to the printed shirts he wears under his jersey. He’s an intriguing person, that’s for sure. Abreu is a big fan of the NBA and wasn’t too bad himself either. He was in the South American U17 squad as a teenager before switching career paths and eventually joining Defensor in 1994.

Another interesting and somewhat surprising fact is that he has a strong relationship with current Manchester City coach Pep Guardiola. The Spaniard crossed paths with Abreu as they both played for Dorados in Mexico, 2009. Abreu admired him, both on and off the pitch. Guardiola is actually one of the reasons Abreu is still active on the pitch at the age of 41. Guardiola told him he had to keep going as long as he was enjoying it. It changed Abreu’s mindset as he said the following after his time with Pep.

I’ve got no plans to stop anytime soon. I’ve got no time to retire. I’m enjoying the game and training sessions too much.

He’d also like to become a film-maker after his footballing career, whenever that may end. There goes a story that Abreu had a short spell as a journalist trainee when he was a teenager. He had an assignment from a local newspaper to cover a basketball game and had to provide an article on the best player from that particular day. No surprise, when I tell you that El Loco himself, starred in the game. He, of course, handed in an article filled with quotes about his own performance. It goes to show that Abreu was determined to be successful and believed in his own capabilities. It also shows that his nickname somewhat makes sense and that the newspaper probably wasn’t too happy with the results. It’s an enjoyable story to hear nonetheless which would completely make sense in Abreu’s eyes.

Again, most players tend to avoid the number 13 on their shirt as it’s supposed to bring bad luck. El Loco, however, admired the number. His idol, Fabián O’Neill, wore it during his career and Abreu wanted to bring him with him during his career. He wore the #13 his entire career for both club and country bar three occasions. Sebastián couldn’t wear it in his debut year as Defensor only used numbers 1-11 and neither could he in his second spell in Spain with Real Sociedad where he wore #18. He also opted for #22 in El Salvador, playing for Santa Tecla. It was more for his own safety though if anything else.

Local gangs ‘La Marra Salvatrucha’ A.K.A MS-13 and ‘El Barrio 18’ use these numbers to mark their territories and multiple clubs have therefore withdrawn these particular numbers. Abreu was quite successful though in El Salvador despite him not wearing his beloved number 13. He won the title in his first and only season with Santa Tecla scoring 12 goals.

Overall it’s clear that Sebastián Abreu has had a rather remarkable yet fascinating career. It’s unfortunately often overshadowed by his antics and the sheer amount of clubs he played for. Sebastián was a prolific striker scoring over 400 goals for both club and country. A true icon in Uruguayan football who isn’t as loco as the media resemble him to be. Abreu is 41 and still going and I wouldn’t be surprised if he adds another 10 clubs to his already outstanding career.