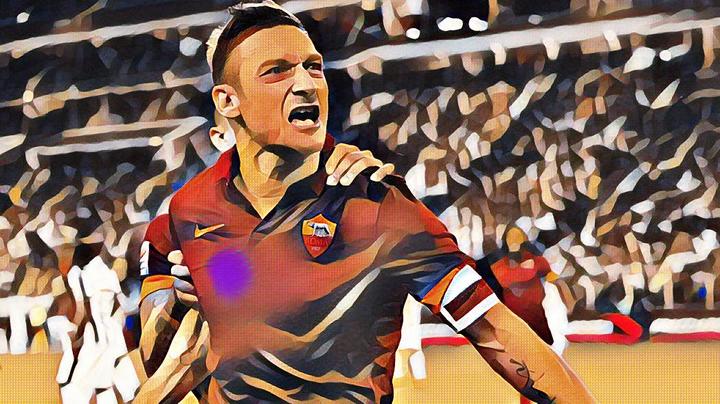 In the wake of Francesco Totti’s retirement, the value of one-club players has never been greater. Before the explosion of transfer fees in the last couple of decades, staying with a single club was more common. After all, it’s less tempting to sell a player if the fee offered is less than the price of a Freddo nowadays. But now, as the first £100 million player is inevitable, it takes far more commitment from both player and club to spend an entire career in one place. One-club players become symbolic with the team, an embodiment of club values on the field and having an unbreakable connection with fans. They must be able to turn their head away from higher wages and usually higher chances of success with other clubs. With that being said, let’s look at some players who have managed to become the ultimate one-club men.

It would be rude not to start with the King of Rome himself. As the dust settles and reality sets in for Totti, his legacy makes for remarkable reading. 786 appearances for the Giallorossi, scoring 307 goals. 250 of those goals came in Serie A, with Totti finishing his career as Serie A’s second highest ever goalscorer. A career spanning 25 years which began with joining the youth team at just 13 years old, Totti recognised he could have won more league trophies if he left the capital, but as the veteran himself put it, ‘winning one league title with Roma is worth winning 10 with Real Madrid or Juventus’. Totti indeed finished with just the one Serie A title to his name in 2001, choosing loyalty over silverware as he went on to become Roma’s most capped player.

Totti’s teammate for 14 years, operating in the engine room of Roma’s team is the ever-dependable Daniele De Rossi. The midfield general has racked up 419 Serie A appearances for Roma and is set to continue, having just signed a contract extension. This means De Rossi will be with the club until at least 2018, at the ripe age of 35. His motivation, like Totti, has been loyalty, not money. This was beautifully summed up after Totti’s last ever game, a 3-2 victory at Genoa last week. ‘I saw a banner that said the real battle against modern football is to wear the same jersey for 25 years.’ Having just missed being part of Roma’s title winning squad, De Rossi won the World Cup with the national team in 2006 and has picked up 112 caps for the Azzurri so far.

One of world football’s most recognisable names and greatest ever defenders, Paolo Maldini’s career at AC Milan stretched over an incredible 31 years, with 25 seasons in the first-team. Unlike many, Maldini had the fortune of finding success with what was one of Europe’s finest sides over the years. His career was so long, Maldini played alongside some of the finest players of different generations. From Baresi, Van Basten and Gullit in the 80’s and 90’s, to Shevchenko and Kaka in the 2000’s. Maldini’s accomplishments speak for themselves. An incredible 902 appearances for the Rossoneri, winning more trophies than most teams have in their history with five Champions Leagues, seven Serie A titles, and a World Cup. He has become symbolic with AC Milan, also making 126 appearances for Italy, a record by the time he retired.

A lesser-known but worthy mention is Atalanta’s trusty full-back, Gianpaolo Bellini. He is Atalanta’s record holder for appearances, with 435 in total, until his retirement in 2016. What is notable about Bellini’s career, is that he stayed with Atalanta during both their stints in Serie B. In fact, his only honours with the club are two Serie B trophies in 2005-06 and 2010-11. A player who never sought glory with other clubs, Bellini stayed loyal to Atalanta during their relegations and promotions, eventually being rewarded with the captain’s armband. Bellini recognised the challenges of staying with the one club for his entire career, especially in the second tier. As he put it, ‘It’s not always been easy, but my passion and love for the shirt are what helped me through and I’m proud.’