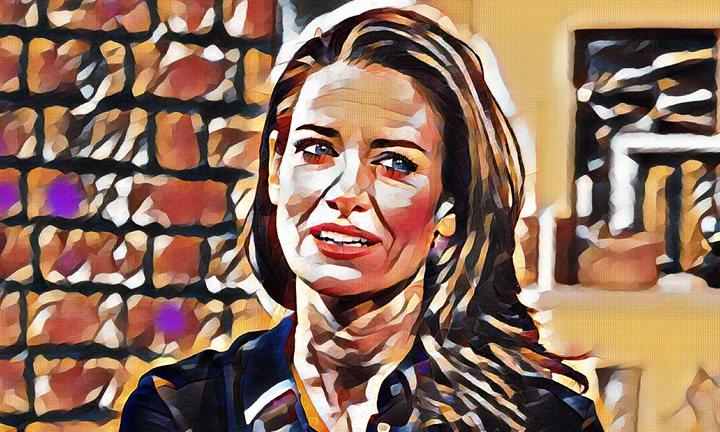 As England’s Lionesses edge ever closer to their group D opener against neighbours Scotland everyone is trying their best to get the girls up for the tournament. From players’ family and friends to school children and now even a Sky Sports broadcaster.

In the run up to this year’s Euro’s in the Netherlands, Sky Sports News presenter Kirsty Gallagher has seen herself become an honorary Lioness as support for the Women’s team continues to increase. To help that support go even further Gallagher teamed up with England’s sponsors Vauxhall Motors as part of their #GetIN campaign to help create some noise with some new chants for the team along with a few individual players.

For the opening game against Scotland don’t be surprised to hear this chant crafted by Gallagher herself to lift the players as they look to prove why they’re one of the favourites to win the tournament:

They are a team of champions

They are our national pride

They are a team of warriors

With the men’s youth teams performing so well this summer she also thinks there’s still more to come as she said: “We are all extremely proud of the England team and are hoping to witness something special this summer.

“It was a lot of fun putting the chants together, but I wanted to ensure that we did the Lionesses justice. Like all football chants they needed to be able to rouse a crowd and I hope that they help inspire the public to get behind the Lionesses this summer.”

Vauxhall Motors also helped take that extra step as they saw Gallagher’s chants for Karen Carney, Fran Kirby and Laura Bassett all shown to each of the players.

Carney, who has enjoyed a couple of spells with Birmingham City as well as Arsenal and Chelsea, with a trip Chicago Red Stars in between returned to where it all started to hear her chant. Returning to Tudor Grange Leisure Centre in her hometown of Solihull her chant read: Next on the hit list was Laura Bassett, another player who has established herself in the women’s game over the last decade with spells at Birmingham City, Arsenal and Chelsea among other clubs. Bassett revisited Bulkington Sports and Social, the football ground where she started her career at Coventry City Ladies to see her chant:

Watch out Bassett’s about

Watch out Bassett’s about

Your attack will get caught out

Last up was Fran Kirby, the youngest of the three who looks to be one of the players that can really push in team on in the years to come. After moving to Chelsea from Reading in 2015 she hasn’t looked back but by no means does that mean she’s forgotten where it all started. Returning to Caversham Park Primary where she went to school and first discovered her love of football she found her chant:

To keep up with Kirby

A jinking run, a perfect pass

She’s a player of pure class!

On the aim of the #GetIN campaign Vauxhall Motors Sponsorship Marketing Manager, Cheryl Stibbs said: “We wanted to do something that encourages the public to get behind the women’s team and we think Kirsty’s chants do just that”

So, it’s almost time, whether you’re watching at home or even getting to a game yourself there’ll be plenty of football to enjoy and maybe even some new songs too.