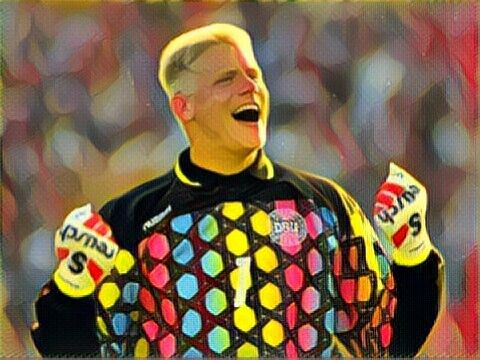 Contrary to widespread belief, the squad was not assembled from the far reaches of the globe as like in a superhero movie. They were already together, preparing for a friendly with CIS (Russia and Ukraine) when the phone call came.

The day before that call was made, war-torn Yugoslavia had been sanctioned by the United Nations and their football association were suspended by FIFA from the European Championships in Sweden. As runner’s up in the group Denmark were invited to take their place, the tournament was due to start in ten days’ time.

Coach Richard Moller Nielsen had been the Denmark coach since 1990, stepping up from his assistant’s role when Sepp Piontek stood down and first choice Horst Wohler was unable to free himself from a club contract. He had been part of the 1986 Danish Dynamite squad that had self-destructed at the World Cup in Mexico. What is widely regarded as one of the greatest teams to never win the tournament saw themselves destroyed by Spain 5-1 in the last 16.

The cocksure team, including the likes of Michael Laudrup, Morten Olsen and Preben Elkjaer swaggered and scythed their way through the opposition. It was this attack first, defend second mentality that proved to be their downfall though at what would be the peak of this squad’s cycle. The ageing squad finished bottom of the group in the European Championships in 1988 then failed to qualify for World Cup Italia 90. It felt like the end of an era.

A more defence minded Denmark would drop only three points throughout qualifying for the 1992 European Championships. A victory over Yugoslavia in the final game was fruitless as second place was already guaranteed. The Danish football loving population had begun to adjust expectations when fate intervened and saw themselves as mere participants in the upcoming tournament.

Missing from the squad was talisman Michael Laudrup, arguably the most gifted player the country had ever produced. Alongside younger brother Brian, they had made themselves unavailable for selection due to perceived negative tactics employed by the man known as Ricardo. The open, passing, attacking football under Piontek had gone. Moller Nielsen, thought that if this style had been underpinned by solid, stout defending then maybe the 1986 team would not have been filed under ‘what might have been’.

He reached out to the brothers and though Michael declined the invitation, a rapprochement was reached with Brian who took his place in the 20-man squad. The squad also boasted Peter Schmeichel in goal, stalwart defenders John Sivebaek and Kent Nielsen alongside captain Lars Olsen. Brondby duo Kim Vilfort and John Jensen were the experience and durability in midfield with Moller Nielsen looking to Lars Elstrup, Laudrup and Borussia Dortmund’s Flemming Povlsen as the firepower in attack.

As the squad prepared for the first game in Malmo against England, Moller Nielsen had a message for his players. “We can go and win it”, the players looked around in disbelief. Compared to their would-be opponents they were unfit and unprepared, surely they were there to make up the numbers?

This relaxed approach from the Danes almost paid dividends with an impressive performance against England. Despite the post being hit by John Jensen the game finished 0-0 with the English press pillorying their nations performance. In the group’s other game hosts Sweden led against France through a Jan Eriksson goal but a second half equaliser for the pre-tournament favourites left Group One evenly poised after one game each.

The hosts and neighbours Sweden were up next in Stockholm. England and France had played out a 0-0 draw earlier that day so a win for either side would create a gap going into the final group games.

Another frustrating performance saw Sweden come away with the win, a Tomas Brolin goal on the counter attack leaving Denmark facing an expected early exit. Two games, no goals but hope was there in the amount of chances being created. A win or go home game against France awaited in three days’ time.

Disappointed by the performance against the Swedes, the squad decided some light relief was in order. One afternoon Henrik Larsen persuaded his coach to let the players stop off for a game of mini golf on their way back to the team hotel. The pressure had built around the other teams in the group, Denmark were not a story and were free to relax after games as they pleased.

The vital game in the group was viewed as a formality for France. Sivebaek being told in the tunnel by the French to go easy on them as they had a semi-final to prepare for. The arrogance if anything relaxed the Danes further, nothing to lose but everything to gain.

It was Larsen who shocked the French in the eighth minute by giving the Danes the lead with a left foot volley. He was only in the side as Kim Vilfort had gone home to his family with six-year-old daughter Line battling leukaemia. France rallied and pressed hard for an equaliser, Laurent Blanc seeing a volley sail over the bar from a corner. The goal came on the hour mark from Jean-Pierre Papin, latching onto a backheeled ball to place his shot past an outstretched Schmeichel.

Back in the heat of that Mexican summer in 1986 the Danes undoing against Spain was traced back to the moment Piontek immediately responded to conceding a goal. Adding an extra attacker played straight into the hands of the Spanish who counter attacked Denmark into submission and it was this gung-ho mentality that had been ditched by Moller Nielsen.

The more pragmatic coach waited and allowed his side to regain their footing in the game before making his change. When the substitution came it was Brian Laudrup who was replaced by striker Lars Elstrup. It was Elstrup’s dynamic run that got him ahead of his marker as Povlsen’s cross arrived and his first touch that prodded the ball past Bruno Martini in the France goal.

The game was over, Denmark were through as runners up to Sweden who had defeated England 2-1. France were third and the distraught coach Michel Platini fell on his sword. England were heading home to root vegetable based headlines as their disastrous campaign ended with them rock bottom of Group One.

The Netherlands and reigning world champions Germany advanced from Group Two and waited in the semi-finals for the Scandinavian duo. As runners up Denmark faced the Dutch in Gothenburg, fresh from a 3-1 win against Germany to top the group.

Thinking back to the mini-golf distraction before the France game Moller Nielsen was approached by his players again. This time the squad went for a slap-up meal, to Burger King. With progress in the tournament came more media scrutiny and elevated expectation. The desire to keep the pressure off and preparations low key was vital to any possible Danish success as far as Moller Nielsen was concerned.

Vilfort was back in time for the semi-final with his family’s blessing, slotting back in alongside Jensen in midfield. Henrik Larsen also retaining his place in the starting XI. The Oranje boasted Ruud Gullit, Marco van Basten and Ronald Koeman in their ranks and were viewed as certs to end the Danish run.

Twice Denmark led, and twice they were pegged back by the Dutch. Henrik Larsen added to his goal against France with a first half brace, Dennis Bergkamp cancelling out the first. With 20 minutes remaining hard working full back Henrik Andersen was involved in an innocuous challenge with van Basten and suffered a cracked knee cap. The horrific injury affected the Danes and with only four minutes of normal time remaining Frank Rijkaard managed to strike a bobbling ball into Schmeichel’s goal to send the game into extra time.

With energy levels sapped a penalty shootout seemed inevitable and after a fruitless half hour this was the case. As the two teams huddled together to decide who would be stepping up to the pressure of the penalties, Peter Schmeichel had already made up his mind on what he would do. Penalty shootouts were in the lap of the Gods, Schmeichel thought, the goalkeepers chance at glory.

That moment came with the Netherlands second penalty kick. Schmeichel dived to his left to palm away van Basten’s effort. As both teams put away the rest of the penalties including the stoic Vilfort the deciding kick fell at the feet of Kim Christofte. The experienced Brondby defender looked anything but convincing as he stared down, three steps away from the ball. He shuffled up and calmly sent Dutch goalkeeper Hans van Breukelen the wrong way. It ended 5-4 and the Danes were through to an unlikely final against the mighty Germany.

The Danes spent the build up to the final mixing with fans and relaxing.  Vilfort was once again given leave to visit his family. The wives and girlfriends of the other players had hastily travelled over for the final but all hotels in Gothenburg were full. The Danish players went to speak to their coach again.

First the mini golf, then a coach load of Whoppers, now the Danes had the unenviable task of asking their coach to allow their partners to stay with them at the team hotel. They had got this far going against the unwritten rules of football, once more wouldn’t harm surely?

The final saw Peter Schmeichel at his very best, fresh from his first season with Manchester United, stood up to everything that was thrown at him. Early waves of German attacks were repelled, Schmeichel turning shots away from Matthias Sammer and Jurgen Klinsmann. Temporary stands were being erected in Frankfurt ready for the victorious Die Mannschaft’s return to home soil. John Jensen though, had other ideas. Not known for his goal-scoring prowess, having previously struck the post earlier in the competition. Faxe as he was known to team mates arrived at the edge of the penalty area as Povlsen cut the ball back. He struck it first time and sent a bolt past Bodo Illgner to give Denmark the unlikeliest of leads after 18 minutes.

German coach Berti Vogts rang the changes bringing on Thomas Doll, who brought the best out of Schmeichel yet again. Karl-Heinz Riedle and Klinsmann going close as the white shirts began to pour forward in search of an equaliser. With thoughts of the late goal conceded in the semi-final Denmark found themselves playing deeper and deeper in their own half.

Jensen won an aerial duel just inside the German half heading the ball up towards Vilfort. The man who had become a symbol of the Danish spirit brought the ball down and turned inside two German defenders. His left footed shot squeezed past Illgner, hit the inside of the post and in. Vilfort jumped, arm thrust into the air as his team mates rushed to envelop him.

The tournament was won, one that the victorious team were not even part of 26 days earlier. The tournaments slogan was ‘Small is beautiful’, perhaps then aptly won by a nation of a mere five million people.

The Danes returned home to their summer plans, holidays to rebook, Moller Nielsen had a kitchen to decorate and Kim Vilfort could spend time with his daughter who sadly passed away six weeks later.

In 2014, Richard Moller Nielsen was posthumously entered into the Danish football hall of fame, after succumbing to a brain tumour earlier that year. Unfancied at the time of his appointment, he galvanised a squad on the fly and produced one of the greatest achievements in world football for one of Europe’s smallest nations. A summer they will never forget.