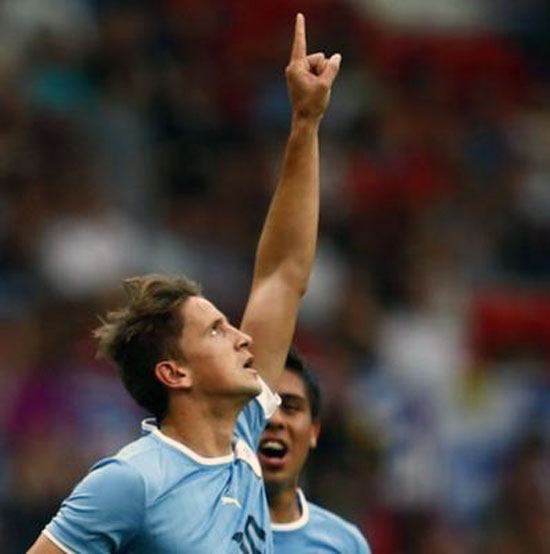 There’s a certain etiquette you’re supposed to follow when you get to the Premier League. For the first time, maybe ever, you get a transfer kitty made up of more than the proceeds of selling pre-match programs and Pukka pies at half time. You’ve got the real Sky Sports money now. But there are apparently rules that come with that.

For every newly promoted team, the first and only goal is survival. You can dream big like Ipswich in 2001 but the fact is that any team that comes up would immediately accept a 17th place finish if it was offered to them. And to do that you should buy a certain calibre of player.

When you look around your squad you see talent, the Championship is no walk in the park, but this is a step above and you need to fill your squad with players who know what they’re doing. You need to pump that squad full with Premier League experience.

So you go out and you buy the journeymen of other teams. The men who have competed in and fought for their places at the top table. You see Emile Heskey on a free transfer but you can ignore his goal scoring rate because he knows how it is, he’s seen it all in the Premier League. From the top to the bottom he has survived the drop and he will get you through it too. You raid the Wolves team that couldn’t stay up. You scavenge the carcass of those who fell before you.

Who can forget the overwhelming success that Derby County had when they added Robbie Savage to their team for the 2007/2008 season. Why not pick up a striker like Nathan Blake who knows how to score goals against top opposition. Or what about Hermann Hreidarsson who was passed around Premier League teams like currency only to watch one after another eventually fall to the Championship as he moved on to his next club. I do not doubt the ability of these footballers, but should a newly promoted team really be relying on the players who have tried and failed so many times before.

But there may be a new trend in Premiership survival. Instead of scrapping and fighting for every point teams have now come up and played a little thing we call football. Swansea and Norwich came up last season and passed the ball around the park better than teams who had been sitting in the Premier League for seasons beforehand.

Now Southampton have come up and they have had the audacity to go out and try to buy a player who is wanted by teams at the top of the table. The cheek, the gall. He has no Premier League experience. He doesn’t know how to survive relegation. How will he handle the famous cold, wet, rainy night in Stoke?

Southampton have only gone and become favourites to sign Gastón Ramírez. Reputedly the target for Liverpool and Spurs, Southampton drove a truckload of money to his house and offered him a contract that couldn’t be turned down. Yes it was done through Sugar Daddy type investment but I for one love it.

“The truth is that I think, yes, this time I am moving,” the player said. “Bologna has reached an agreement with Southampton, and there are only a few details to be found but the agreement in principle is done. The English club has reached an agreement with me, it is the classic offer that you cannot refuse for my life as a whole and my family. But they believe in me in every way, I will be essential and above all they are going to grow. Southampton is a newly promoted team in the English top-flight but they will become a big team in years to come. They have told me they are going to build and that is very stimulating.”

It’s a sign of ambition, the evolution of a new breed of promoted team. Southampton aren’t the first team to come up and splash the cash but I can’t remember many signings as big as this. Taking a player who Spurs were confident could be their Luka Modric replacement? That’s a warning shot to everyone else around them that they mean business.

And yet the reaction I saw was mocking. A chuckle at the little engine that thought they could. Southampton were mocked for being too big for their boots in even attempting such a move. No, their transfer policy should be more modest. Why not a £15 million bid for Steven Fletcher? Blackburn and Bolton are surely going to be lightening their team salaries, why not pick up their Premier League hardened veterans? It’s farcical that a team is mocked for having the slightest ambition.

Gastón Ramírez is a young, exciting player. He’s wanted by successful teams and while that in itself is no indication of success it does usually mean something. He’s a huge coup for Southampton no matter what they had to use or what wages they have to pay to get him there and most of all, in my eyes, it’s a safe transfer.

With the warning stories of Portsmouth ringing louder on the south coast than anywhere, Southampton only have to look to their neighbours to realise that misspending large amounts of cash and failing in the Premier League is a lot more serious than just dropping down a division. But this transfer seems so much safer. How many teams buy the Ben Haims of this world? One or two but by then his wages are hiked up to the max and he is unwilling to move for less. So he goes down with the ship and he drains it for all he can. Just take a look at the QPR Retirement Home and try and figure out how they are going to offload any of their players if they go down his season.

But in Ramírez, Southampton have got a talent who might actually improve their chances of staying up. He will get a few goals, create more and he could be the difference between 39 points and the legendary 40 point mark of safety. And in the worst case scenario, Southampton go straight back down to the Championship they are left with a decently valued, highly coveted asset.

Tottenham and Liverpool will not write off Ramírez after one season with a struggling Southampton team. They will snap him up and Southampton will get most, if not all, of their transfer fees back. It’s a win-win situation and they will be able to start again with a clean slate and try and make their way back to the top again.

Southampton could have played it safe but instead they have went a step beyond and their fans and team will receive an automatic boost, a boost that could drag them over the finish line and in May 2013 when they are sitting 17th or above they can look at Ramírez and be thankful that his skill and not his Premier League ‘experience’ are what kept them up. And like Swansea before them they will have won over the neutrals far more than the Stokes of this world.

Southampton can always know that they made a real go at it, they rolled the dice and if it works it will probably end up as the blueprint for those who follow.

STATS: Everton’s Baines with more crosses than anyone vs Southampton’s Lallana’s shots on target