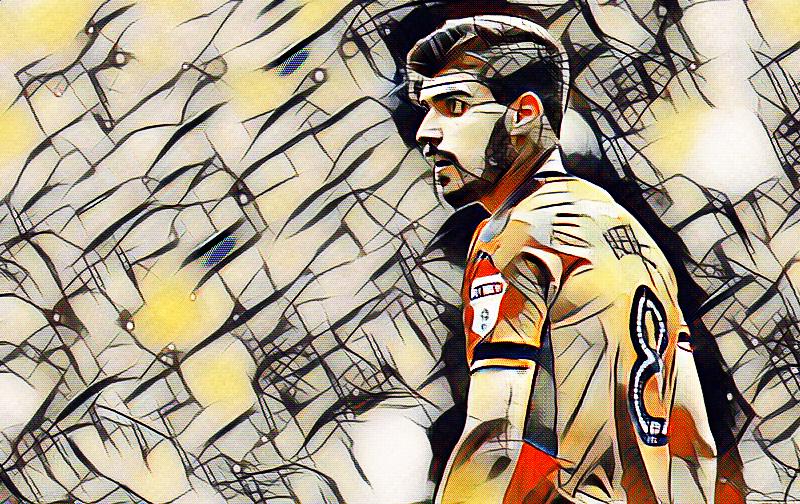 Not really sure what to write this time. Let’s get it out the way, that’s probably for the best. We were not up to scratch against Forest on Saturday and it’s been like that since November but we’ve managed to grind out results so it hasn’t mattered so much. However, we are now in a situation where we’ve got one point out of six and the keeper in the opposing net hasn’t had a save to make in either of the two games. Of course, if Jota’s ‘goal’ had stood at Barnsley then it wouldn’t be so bad, but the fact of the matter is that it didn’t and we are where we are.

I don’t particularly like doing this (who am I kidding, of course I do) but I did mention Dowell in the preview and guess who got Forest’s first… Yes, it took a massive deflection which left Ruddy with absolutely no chance, but he shouldn’t have been afforded the space he had in the first place. Alongside that, the corner that resulted in him scoring was never a corner in a million years but sometimes the cards don’t get dealt in your favour and there’s not a lot you can do about that.

Whilst the first goal took a deflection, the second goal was down to sloppy defending and Forest players being allowed too much room in the penalty area as the ball went past Ruddy for the second time in a few minutes. It was the first time this year he had conceded, but even still, neither should have happened which is the most disappointing thing of all.

Nuno made a double substitution at the break which I’m still trying to figure out now. He withdrew our wing-backs for Helder Costa and Morgan Gibbs-White which was a bold move and exactly what we needed for the second half but the formation left me scratching my head a little bit. The way I looked at it, I thought it was a 3-2-3-2 with Cavaleiro, Gibbs-White and Costa in behind Jota and Bonatini and in many ways it was, but Costa and Cavaleiro were playing more like wing-backs than out and out wingers. 3-2-3-2 is my formation, I know how it works. The two in front of the back three slot into centre-back if the opposition are attacking down the wing and the relevant centre-half goes out wide, simples. Essentially two teams of five. Yes, my coaching experience doesn’t stretch much further than FM, but that’s not what is important here.

We didn’t really get anywhere in the second half either as the final ball wasn’t on point which isn’t the best, but it is NOT the time to panic as I know some Wolves fans undoubtedly will be. We are nine points clear of second and eleven clear of third which means that we could lose three games and still be in the automatic promotion spots so there is no danger at all at present. We’ve also got a chance to extend that gap this weekend when we face Ipswich at Portman Road because nobody else around us is in league action due to it being the FA Cup 4th round.

If Mick manages to get one over on us on Saturday then I am predicting a full meltdown from Wolves fans and even at that point, there is no danger because we’ll still be nine points ahead of second as I’ve already mentioned; yes, they’ll have a game in hand, but then, worst case scenario we are six points in front. If anybody had offered any Wolves the chance to be six points in front of second as we entered February at the start of the season, they would have bit your hand off. So it’s just the time to relax now and let Nuno work his magic.

No great noise coming out of WV1 in terms of transfers which isn’t always a bad thing because it will mean they are getting on with it as opposed to people leaking stories here and there. I’ve now decided I’m in the camp where we need another striker because Bonatini and Mir won’t be enough to see us through until May. Bonatini has looked a little jaded recently and that accompanied with the fact that Mir is still an unknown quantity means that we could do with some extra firepower amongst the ranks. Who though, I am not so sure. I’d go and stump up the money for Andre Gray personally with him being a Wolves lad and a Mendes client but I suppose it will be a case of seeing how he gets on with Gracia at Watford first.

You may have recalled me ridiculing Mr Potato Head a couple of weeks ago about his comment regarding the ‘long cold winter’ or something of that ilk but Nuno loves to poke the bear it seems. He’s taken the lads for some warm weather training in Spain in the run-up to the Ipswich game which will be good for them, I guess. Although, if we lose on Saturday, I can imagine McCarthy having an absolute field day in his post-match press conference. All swings and roundabouts though, ay it?

I’ve gone slightly left-field this time because I’m not mentioning something Wolves related. All things considered, if I was a betting man and luckily I am, I’d be piling your kids unwanted Christmas presents on Pellegrino to be the next manager to leave his post @ 10/11. The Saints manager is overseeing a torrid run at the moment and with Silva now available, I believe it’s just a matter of time before the axe comes down.