Manchester United is looking to finish in the top four this year, and are struggling badly. West Ham was the last team to hurt their chances for Champions League football next season. The Red Devils are two points behind home rivals Manchester City with one match to go.

However, United is also said to be looking to make changes in management, namely Louis van Gaal. The Dutchman has not yielded the desired results this season at Old Trafford, and Man United are considering suitable replacements.

Sir Alex Ferguson, Man U’s former legendary manager, is still very much involved in the club’s decision making. Fergie has been spotted holding a ‘secret meeting’ with Mauricio Pochettino. Pochettino is currently managing Tottenham Hotspur and has had a splendid season. 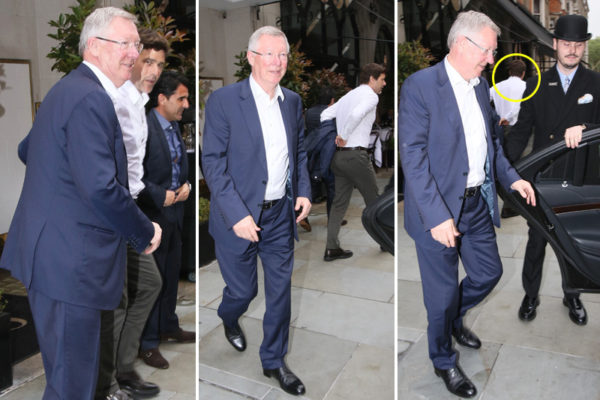 Although The Spurs came up short and couldn’t win the league, there is no denying Pochettino has done a great job. Furthermore, Manchester United management is said to be huge Pochettino fans.

The Argentinian boss loves to play attractive football, promotes youth and has proved what he can do with a good squad, with Tottenham placing second in the table and in position to play Champions League football next season.

Although rumors indicate that United is either planning to keep van Gaal for another season or hire Jose Mourinho, spotting Ferguson with Pochettino is too much of a coincidence.

Pochettino will not be signed away from Tottenham easily, but Man United can definitely afford to pay Pochettino a hefty check for his services.