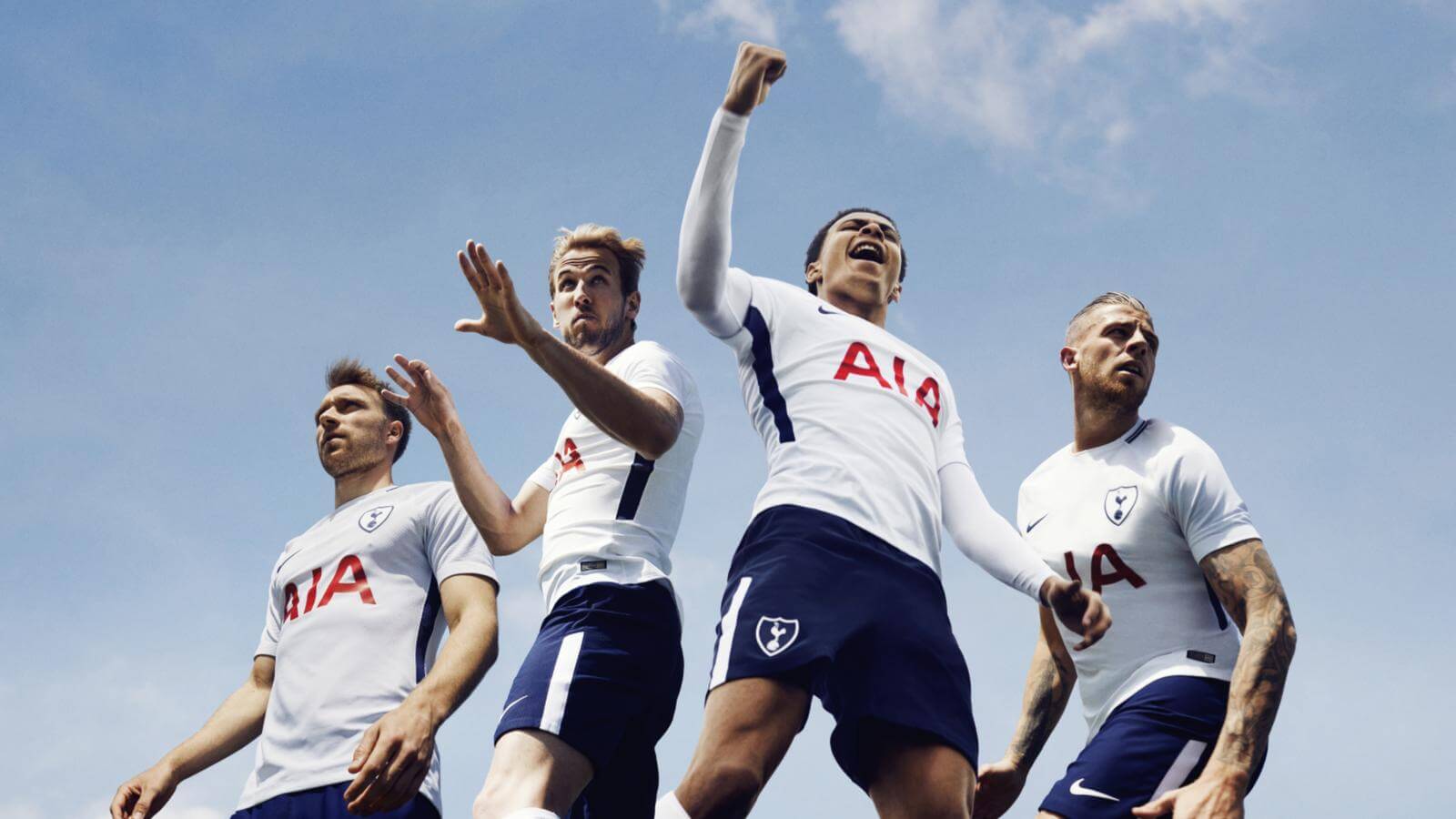 It’s July 1st which means the 2017/18 Premier League season becomes just that much more real. But for Spurs, who’ll be trekking to Wembley next season they’ve taken a step even closer to the new season as their new Nike home and away kits for the upcoming season were revealed by AJ Tracey at an Event in Five Miles, Tottenham wearing the home shirt. 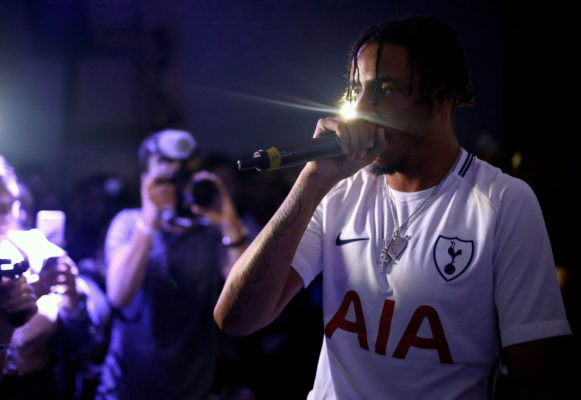 This sees the North London club’s first partnership with Nike and they’ll be hoping that will make all the difference this year as they look to build on their recent performances. So, here are the kits that’ll be worn by the likes of Harry Kane, Dele Alli and co. at Wembley and on their travels. 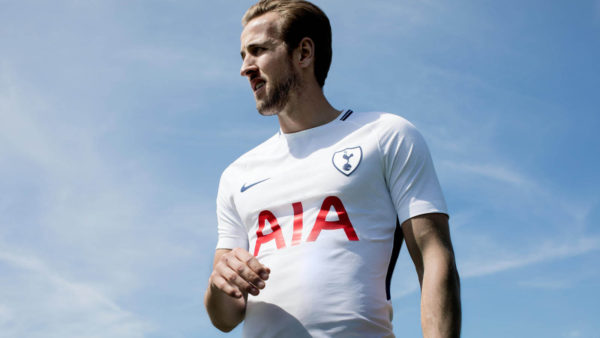 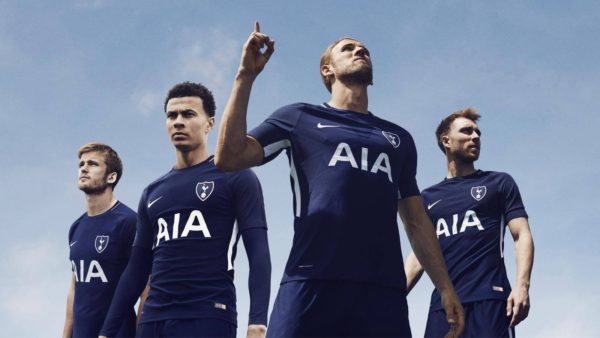 As you can see Nike have hit a blend with club tradition and the modern game yet again. Right off the back you get the classic white home kit along with the traditional navy away strip. But something that’ll keep Spurs’ fans connected to White Hart Lane in their season away is the new crest. Reminiscent of the club’s league and F.A. Cup double of the 1960-61 season which was secured at Wembley the famous cockerel is now surrounded by a shield, fans will hope this reminder of the club’s success will drive the players on to create some more memories. 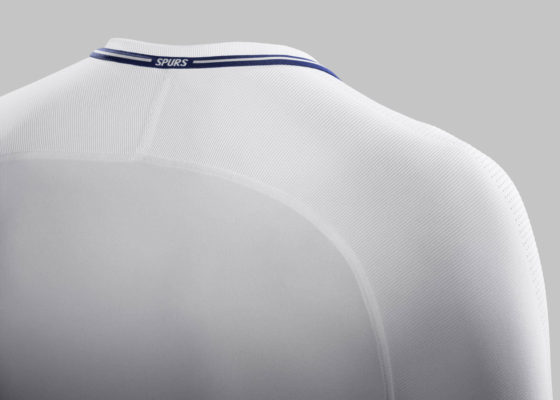 To add to the traditional feel of the kit Nike have also incorporated the text ‘SPURS’ onto the neck of the shirt as well as adding the numbers ‘2017’ and ‘2018’ inside the left and right cuffs to signify this season.

Now it’s time for the technological talk. Like all new Nike kits they’re designed to assist the players as much as possible on the pitch and this time is no different. 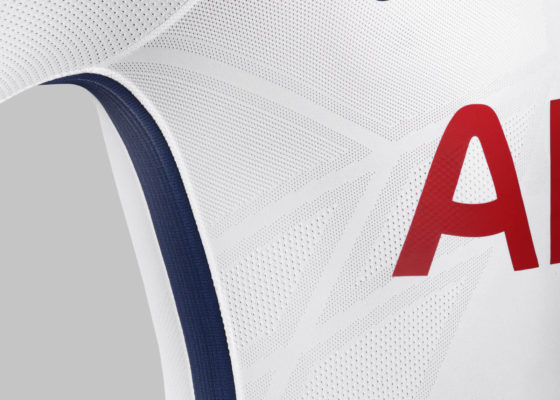 Tottenham’s 2017/18 kits will feature Nike’s Aeroswift Technology which is a new technology that is more advanced than ever before. They’re now 10% lighter and have 50% more stretch than last year as well as using textured high-performance yarn that wicks sweat from the skin 20% faster ever before, while drying 25% faster.

Also, to help regulate the player’s body temperature during games Nike have included ventilation stripes down both sides of both shirts and shorts which expand when the player is in motion. Even the socks were built with new technology as they use NikeGrip Technology it create a better foot-to-boot feel.

The goalkeeper kits that’ll be worn by Hugo Lloris are all-yellow at home and all-green away. Both the home and away kits are now available at Tottenham Hotspur’s website.