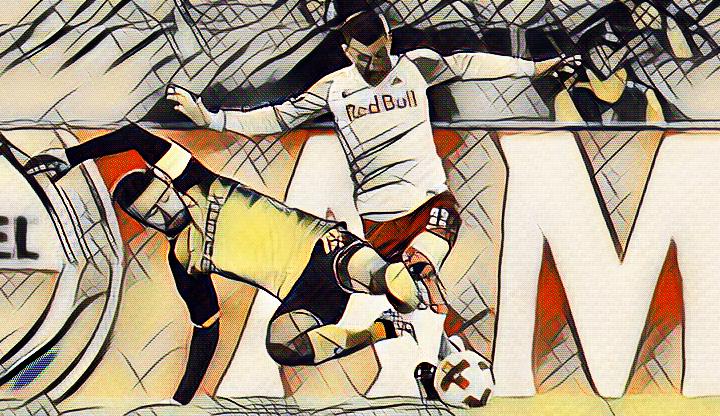 Full backs are more important in the modern game than they have ever been before. Whether it’s a wing back bombing up and down the pitch all game, a more defensive full back who allows others to push forward, or someone who finds a balance of both, these players are beginning to be regarded as a more influential part of a team, who can be pivotal in how matches unfold. Arguably the biggest example in the Europa League highlighting this fact is Stefan Lainer.

The Austrian international has been an ever present in an RB Salzburg side, which has surprised teams across the competition this campaign. On their way to the Europa League quarter finals, they have already defeated the likes of Marseille, Real Sociedad and most recently Borussia Dortmund. They are the only side from the group stages who remain unbeaten and in the competition (as AEK Athens are unbeaten but have been knocked out) with Lainer being a vital component of their continental success.

The right back, who was signed by Salzburg from SV Ried in 2015, has played every minute of Salzburg’s Europa League campaign, being part of a defence which has conceded just five goals in ten matches. Centre back Duje Caleta-Car and goalkeeper Alexander Walke will rightfully earn plenty of plaudits for their endeavours to keep this record, but Lainer also deserves credit for the team’s impressive defensive displays. The right back has made over four tackles, almost three clearances and just under two interceptions per game.

However, it is not just defensively that Lainer has helped Salzburg, as he is also a dangerous weapon in attack. His powerful running up the right hand side and quality delivery into the box, has allowed the Austrian to provide five assists for his team mates, with three of those coming in the knockout rounds. Only Real Sociedad midfielder Sergio Canales has more assists in the entire competition.

Three of Lainer’s assists –providing the winner against Marseille in the groups and Tikumi Minamino’s stoppage time equaliser, in the first leg against Real Sociedad- came from the Austrian getting to the byline and cutting the ball back to a team mate for a simple finish. Though he has also shown he isn’t a one trick pony; during the second leg against Sociedad he made his way down the wing before sending a powerful low cross into the box for Munas Dabbur to finish. He also highlighted this when he put in a curled left footed cross to the back post to set up Dabbur for the opener in a 3-0 win against Portuguese side Vitoria Guimaraes.

These assists and his aforementioned defensive capabilities, have helped Salzburg become the first ever Austrian side to reach the quarter final of the Europa League. This is a landmark achievement for the club and its players, but with that comes bigger challenges. Having just navigated their way past Dortmund, they will now face Lazio in the next round, so will have to find a way to deal with the threat of one of the best attacking pairings in Europe this season, in Ciro Immobile and Felipe Anderson, something many teams have failed to do to this point.

Salzburg have their own talents among their ranks though; they may not have players with the pedigree of Europa League talents such as Mesut Ozil and Antoine Griezmann, but Lainer, a man with just four international caps, has arguably been one of the most influential players in the competition this season. As the Europa League approaches the latter stages, every team will be looking towards their big game players to get them through, in the hope of making it to Lyon in May. Lainer is one of the first people Salzburg will be looking to and he hasn’t let them down so far. Full backs across the competition, from Juanfran to Fabio Coentrao are showing that they can influence games from a previously under-appreciated position, but none are leading their team’s charge for Europa League glory in the manner that Lainer has done for Salzburg.