It’s just over a month since Paul Clement and Swansea City escaped the clutches of relegation to the Championship, but now there seems to be even better news for the people of Swansea. No, I’m not talking about a new signing, but a new shirt sponsor, just stay with me. This isn’t your ordinary Adidas or Nike shirt deal to rake in profit, but a shirt deal that make fans more connected to their club.

That new shirt deal is with Letou, a gaming entertainment company who will be teaming up with local charities to bring the locals closer to the game, literally. Letou will be running a ‘Letou Goals for Good’ campaign which will see them donate all their corporate hospitality tickets and their season ticket allocation to Shelter Cymru and Disability Sports Wales. 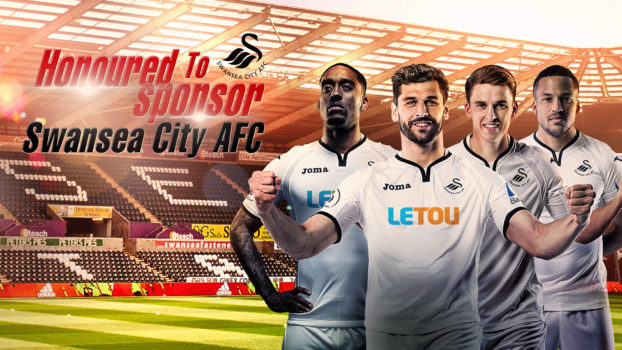 Shelter Cymru is a charity based around securing homes for people in Wales that may need help doing so. They were founded in 1981 and since then, have helped over half a million people find and keep homes. They certainly have a presence in with advice surgeries across all 22 unitary authorities in Wales. Other than giving people advice about how to find/keep their homes Shelter Cymru also help the locals by defending people who may be at risk of losing their home in court. They will also hope to build on the almost 19,000 people they managed to help last year as they are bound to get more recognition for the work they do thanks to Letou’s campaign.

Kerys Sheppard, Head of Fundraising at Shelter Cymru said: “No one should face homelessness alone. Shelter Cymru established itself here in Swansea over 35 years ago and our head office remains here. We are thrilled that Letou has chosen us to benefit from their new sponsorship with Swansea City and, of course, we have our fingers firmly crossed for the Swans next season.” 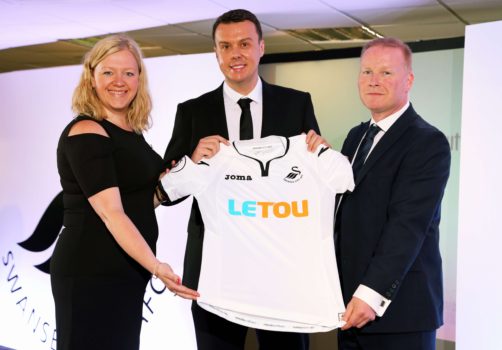 The other charity that is being included in this donation is Disability Sports Wales, which looks to make more opportunities to get disabled people participating in sport. They were founded in 1985 and like Shelter Cymru are active in all 22 local authority areas across Wales. Also, they don’t just focus on creating opportunities for people with physical disabilities, but people with learning difficulties and people with hearing impairments too.

Jon Morgan, Executive Director of Disability Sport Wales, said: “We are delighted that Letou has made this fantastic gesture to provide opportunities for community clubs to support the Swans.

“It is not every day that a shirt sponsor makes such a generous offer, but it is a credit to Letou that despite being a global company, they are focused on supporting the local community.”

Letou CEO, Paul Fox, said: “I was brought up in Glasgow and have family in Swansea. So when the opportunity arose to work with Swansea City, it was really important to me that Letou uses our partnership to give back to the community as much as possible.

“I am confident that the ‘Letou Goals for Good’ campaign we are launching will make a difference.”

This contribution from both Swansea City and Letou can only do wonders for the game. In a time where football in the higher divisions in the U.K. as well as other major leagues seems to be losing that club-fan romance it once had, maybe this can spearhead a movement to rebuild those relations between fans and their clubs in the future.

Swansea Chief Operating Officer, Chris Pearlman, said: “We were drawn to Letou because of their drive to support local charities in Swansea, even though they are based thousands of miles away.”

Looking ahead to next season though Swans fans will hope that it won’t just be the new shirt sponsors that make them happy. The number 1 priority would be to keep star man Gylfi Sigurdsson as they hope to climb back up to the better end of the Premier League table. Hopefully this campaign can get more fans into the Liberty Stadium to cheer the team on. 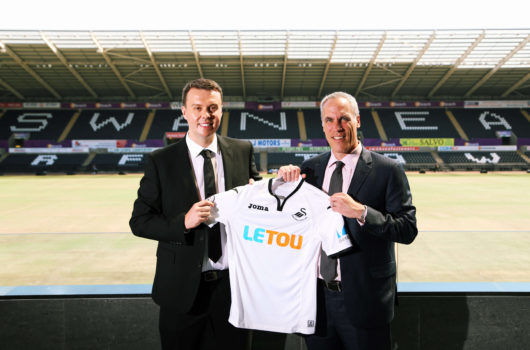