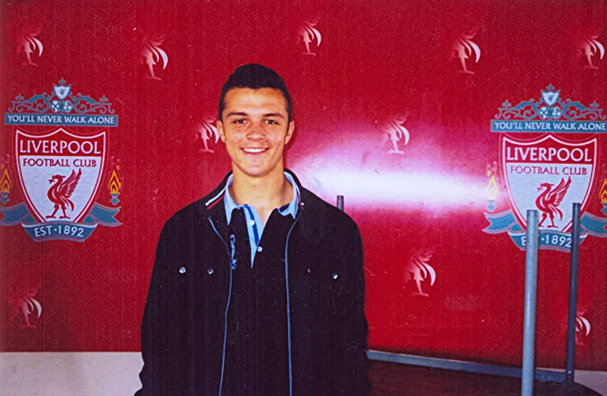 Former Liverpool and now Dynamo Zagreb youngster Armin Hodzic has been in superb for club this term and the Reds must be ruing letting him off their radar.

The 20-year-old was signed by Brendan Rodgers in the summer of 2011 after the youngster reportedly broke so many records in the Bosnian youth League.

He made his debut for Liverpool with the reserve team in the Kop pre-season game at USA and scored a stunning goal and followed his debut with a stunning performance in the under-18 as they thumped Bury.

Following his lack of playing time, the Bosnian signed for Croatian outfit Dinamo Zagreb and has become a revelation for the team with his breath-taking goals.

He’s so far netted nine goals in nine games for Zagreb. He’s earned a called to the senior national team of Bosnia and will soon make his debut for country.

Hodzic, can play across any wing in the forward position – Liverpool are currently short of attacking options as most of their attacking players are currently sidelined with injuries. With the current form of Hodzic, the Reds must be unhappy they allowed the revelation leave.

Hodzic couldn’t get a work permit at Liverpool. Instead of sending the player the various European clubs to enable him secure a work permit, he was allowed to leave easily.