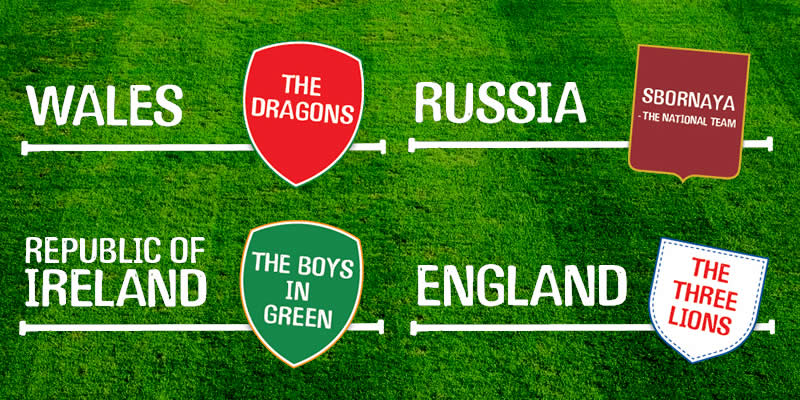 We’ve only just got the round of 16 done, and already some pundits are calling Euro 2016 one of the most disappointing tournaments in recent history. Many of the teams hyped up before the tournament don’t seem to have shown up, with Germany and Portugal in particular looking unexpectedly pedestrian. Goals have been relatively sparse too, with only 73 scored in the first 39 games. To put things into perspective, it took only 25 games for Brazil 2014 to exceed that number.

With that in mind, it’s likely that when football historians look back on this year’s championships it won’t be the quality of football we’ll remember, but the quality of the fans. Supporters from around Europe have been particularly entertaining this year, being splashed onto front pages for both positive and negative reasons.

With some help from Stay Sourced and their Battle of the Fans, we’ve decided to add to the history books early and rank the best and worst fans of Euro 2016. 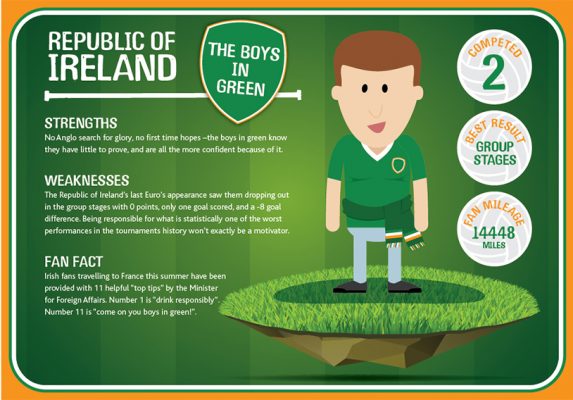 After carrying out statistically one of the worst Euros performances back in 2012, it wasn’t expected that the Boys in Green would make much of a show in this year’s tournament. Although they bowed out in the final 16, Ireland made a good show of things, battling their way out of a tough group and beating Italy in the process.

Ireland considerable support could have been a key motivator behind what is the team’s best tournament showing to date. It’s been pretty much unanimously agreed that the Irish fans have been some of the best in the tournament, with the press in the UK and Ireland documenting their shows of kindness. Irish fans have travelled France performing near biblical deeds, singing prayers to a nun, changing an elderly woman’s flat tyre, serenading a baby to sleep, and most miraculously, cleaning up after themselves.  It’s not just the British and Irish press on the side of Ireland either, as the French public voted them officially the best fans of the tournament. 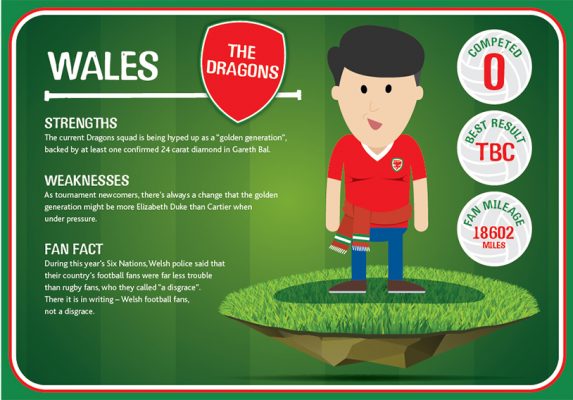 Like Ireland, Wales weren’t really expected to do much. Before the tournament many pundits resorted to the “they’ll just be happy to be there” cliché; after all, this would be Wales’ first showing in the Euros. However, naysayers have soon been proved wrong by a dark horse of a team, who surprisingly appear to be playing some of the more attractive football seen in the tournament.

Welsh fans have proved themselves adept to the challenges of the Euro’s too; although as Stay Sourced show they have had a little practice, with individual fans travelling a total of 18602 miles to support their team during the qualifiers. As a testament to the strength of the Welsh support, you only need to consult footage of the recent (narrow) defeat to England. After England conceded to Wales, the English support fell quiet, with some even booing the team they’d travelled hundreds of miles to support. When England equalised, Welsh fans cheered their team on even louder, making the English support look fickle in comparison. Fans haven’t just been praised for their support either, and the Welsh support has been praised by French Gendarmes for their friendliness too. 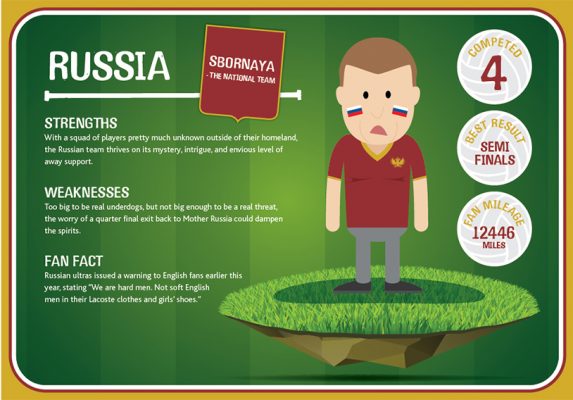 Russia carried out perhaps the worst performance of the tournament, fielding a team that looked tired, lacklustre, and accepting of failure. Perhaps the only consolation for the team was snatching a last minute goal against England, which based on that team’s subsequent performances hasn’t turned out to be much of an achievement. In the end the Russians finished bottom of their group, resulting in the sacking of head coach Leonid Slutsky.

Perhaps the only defence for the Russian team is that their football wasn’t half as bad as their fans behaviour. Throughout their two weeks in the tournament, the hooligan element of Russia’s support made itself very well known, smashing up cars, bars, town squares and other fans indiscriminately. Many fans were accused of travelling solely to cause trouble, with no intention to actually attend matches, and Go pro footage shows that hooligans were highly organised. Based on their fans, Russia were handed a suspended disqualification, and fined €150,000. With the next world cup set to take to Russia in 2018, the next few years of international football looks set to be a riot. 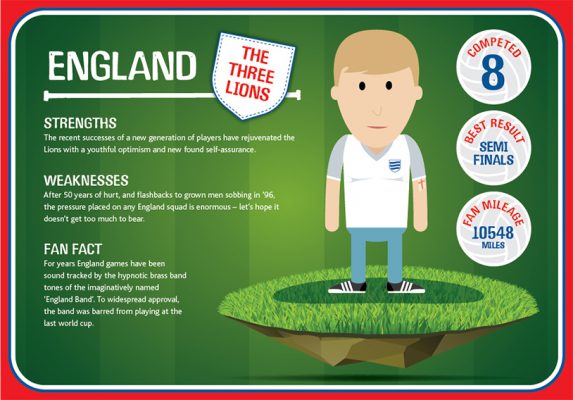 Oh England. Where to start? After a positive start to the tournament with the squad looking relatively fresh, things soon took a downward turn. As the games went on the team started looking more and more like an England squad; frustrated, nervous, and lacking any kind of tactical base. After all the pre-tournament hype, the “golden generation” eventually bowed out in the only way an England side knows how.

With performances as dire as England’s, you almost don’t blame the fans for their behaviour. Like their team, fans delivered a classic English performance this year, full of excessive alcohol consumption, offensive chanting, and wanton damage of property. It was a veritable nostalgia fest, with blokes from up and down the country throwing patio chairs about like it was 1998 again. Although it should be acknowledged that in many cases English fans weren’t the cause of the trouble, with provocation from local and visiting Ultras often the source. However, that doesn’t account for talk of fans taunting children, or fighting amongst themselves.

Thanks to Stay Sourced for the images – head over to their Battle of the Fans to view more stats about the fans of Euro 2016.