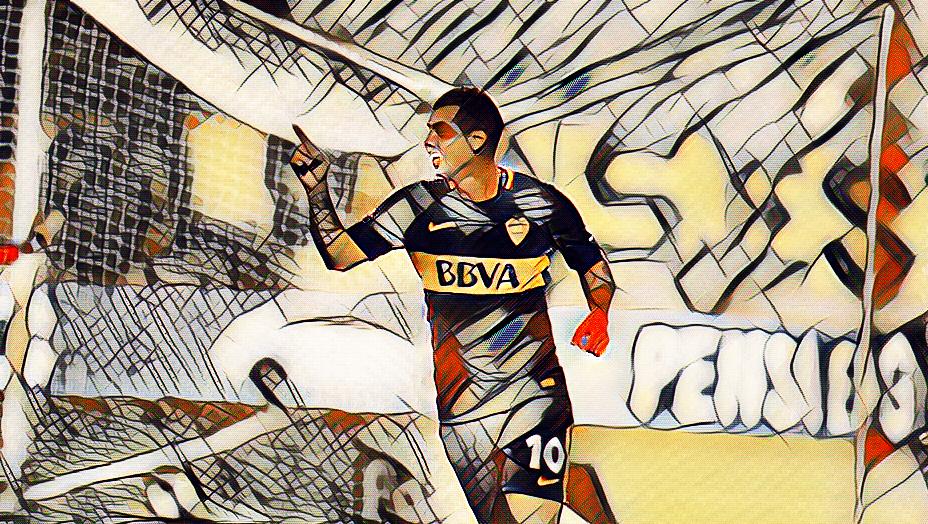 The Colombian forward has featured a lot in the news recently after the racist eye gesture he made during the friendly between Colombia and South Korea. He publicly apologised afterwards in a message which was spread via the official social media accounts of Colombia’s NT: “ I didn’t mean to disrespect anyone, a country or a race, but if anyone felt offended, or interpreted it in that way, I am sorry.” It was an incident that is representative of Cardona’s career so far. A player that could have reached the sky, but was held down by his own mentality.

Edwin Cardona was born in Medellin, 1992. It has always been clear that Cardona possessed exceptional talent. He became the top scorer of the South American U17 Championship back in 2009 with 7 goals before winning the highly prestiged U20 Tournament in Toulon with Colombia. But Atletico Nacional refused to start him despite these achievements and clear potential. He was loaned out in 2012 to Junior and Santa Fe in 2013. The club and their fans found him lazy and preferred another fallen wonderkid, Sherman Cardenas. Edwin then joined Mexican side Monterrey in 2015 after failing to shine for his boyhood club. He did however already made his debut for the National Team at the time despite failing to impress for Nacional. He made 15 appearances in his first season but it was his second season where he really showed his true talent. The Colombian playmaker scored 18 goals in 36 Liga MX appearances with lots of interest from Europe as a result. Elite clubs like Bayern Münich tracked his performances in Mexico for over two years.

However, Cardona was loved in Monterrey and stayed another year. It was a decision that proved to be the wrong one. Cardona has always had problems off the pitch and people often questioned his dedication to the sport. It looked like the fame in Mexico got to his head and Cardona spent more and more time with everything but football. He still made 23 appearances but only managed to score 5 goals. It was a rather disappointing season which didn’t live up to the hype and expectations from the fans.

Cardona wanted a move after his 3rd year with the Mexican side but remained in the Americas. Boca Juniors announced the signing of the Colombian midfielder on loan, with an option to buy him for 6 million. A move that no-one expected back in 2016, he was destined for the absolute elite. His abilities on the ball are remarkable and he still shows that to date in the Argentine Superliga.

Last week’s Superclásico was a perfect representation of his career so far. The Superclásico is one of the most heated derbies in the world and it was clearly visible. Ignacio Fernández got himself sent off for a ridiculous Nigel de Jong-esque challenge on Cardona. Cardona took the following free kick from 25 yards out and blasted it straight in the top right corner, leaving River’s goalie Lux with no chance. It was a perfect free kick, showcasing his talent and capabilities. Boca were comfortable in possession and it looked like they would be able to see the game out, having a man advantage.

However, the other side of Cardona’s character showed up in the 60th minute as he supposedly elbowed his opponent. A direct red card and Boca were down to 10. You could argue whether it was a red card or not but it was stupid from Cardona to not keep his arm close to his body. His reputation didn’t help him on the night either. This wasn’t his first sending off this season either… It was actually his second game since he returned from his last suspension. He received a red card in the home game against Chacarita after just 16 minutes, picking up two stupid and unnecessary yellows. Again, Boca were able to pick up all three points but he left his team at a massive disadvantage.

There’s still a long way to go for him in his career as he’s only 24. It speaks volume that the first thing you’ll read on Cardona’s Wikipedia is about his racial gesture and not his talent. We may eventually see him move to one of the Elite clubs in Europe but he’ll have to sort out his attitude first in order to reach those heights.

His brother, called Mateo Cardona, has probably failed to live up to his potential even more. He started out in the highly rated Envigado-academy where he immediately got recognised for his capabilities on the ball. His coaches at the time stated that he had more talent than the likes of Juan Fernando Quintero and current superstar James Rodriguez. The sky was the limit for him. But unfortunately, the early fame got to his head and Mateo currently plays his games for the Chacarita’s reserve side in Argentina. He’s probably worse than his brother in that area, as Edwin still performs on a high level despite being the less talented player of the pair.

Big thanks to Simon Edwards for helping out with the article. He’s a great lad and extremely knowledgeable on Colombian football. You should give him a follow on Twitter @SimonEdwardsSAF