Skip to content
Posted in UEFA Champions League By By Far The Greatest TeamPosted on March 28, 2013March 27, 2013 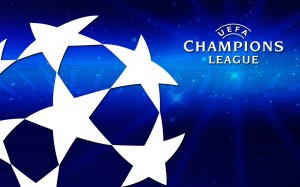 Here’s a statement of the obvious: this has not been a vintage year for English clubs in the Champions League. There doesn’t need to be any greater conclusion attached to that observation, it just so happens that this year the English clubs haven’t been up to scratch. And, it’s appropriate they didn’t get far, for this has been a relentlessly dull Premier League season. City’s title defence has been embarrassingly lame, while everyone else has made back-to-back victories look like an achievement warranting an open top bus parade.

You sense that even United are bored with this season (exhibit A: their match against Reading), and that’s why their defeat to Madrid hurt so much (alright, and the red card too). But, this doesn’t mean United aren’t a good side, and it doesn’t mean Chelsea, City and whoever else qualifies won’t be better prepared for their European campaigns next year.

As for this year’s competition, the progress of Bayern and Dortmund fits nicely with the ‘rise of Germany’ script. This narrative generally refers to the production line of German talent and thriving fan culture. While there’s no disputing the German league is fun, it’s not a utopia – no Bundesliga club has been able to keep pace with Bayern for long. Borussia Dortmund are an impressive club, and a major threat in this year’s Champions League, but they’re swimming against the tide. The reality of the Champions League is that only a handful of clubs are in the running to win it in any given year, and they’re drawn from a pretty small pool.

If you want to play the numbers game, let’s look at the past ten years – a long enough period to try and observe a trend. Of the last ten winners, only Porto managed to muscle in on the action from outside the big leagues. Of the last twenty finalists, only Monaco and Chelsea came from outside the old G-18 group (which was disbanded in 2008 – Chelsea were not a member, but surely would be by now). Aside from the Porto v Monaco final, the only other freak occurred when a very average Liverpool team beat a very good Milan side. But, generally speaking, the finalists are comprised of one giant against another, both fielding squads of globally hyped superstars.

Intruders find it hard to survive in this environment. The excellent Bayer Leverkusen of 2001/02 were defeated in the Champions League final thanks to that volley by Zidane. But, their team was soon pilfered, primarily Bayern Munich, and although Leverkusen remain a decent side, they’ve not been able to maintain their status as a European contender. Within this context it would be premature to hail Dortmund as the next major European major club. The vultures are always circling over their squad, and financially they are vulnerable to bigger prey.

So, does this mean the Champions League is ultimately predictable? No, it most definitely does not. There are too many good players at the major clubs to make any title a formality, hence why Barcelona have failed to complete back to back triumphs, despite their obvious dominance over everyone during the past five or six years. Even ignoring that freakish Liverpool final, no one predicted Chelsea would win it last year. Who was laying money on them after they lost 3-1 to Napoli in the first leg of their tie in the last sixteen?

There are numerous reasons to hate the Champions League, but it regularly delivers what it was intended to do; that is to pit one monster against another and provide them with a challenge that is often lacking in their domestic competition. It’s just that we’re really only talking about the clubs from four or five leagues. This means previously great clubs based in smaller leagues, like Ajax and Benfica, can’t ever hope to maintain a squad capable of competing with Europe’s best. So, speculation about the fading fortunes of English clubs is meaningless. Not when they can buy the best talent from Holland, Portugal and Belgium, and be back in contention within a year.