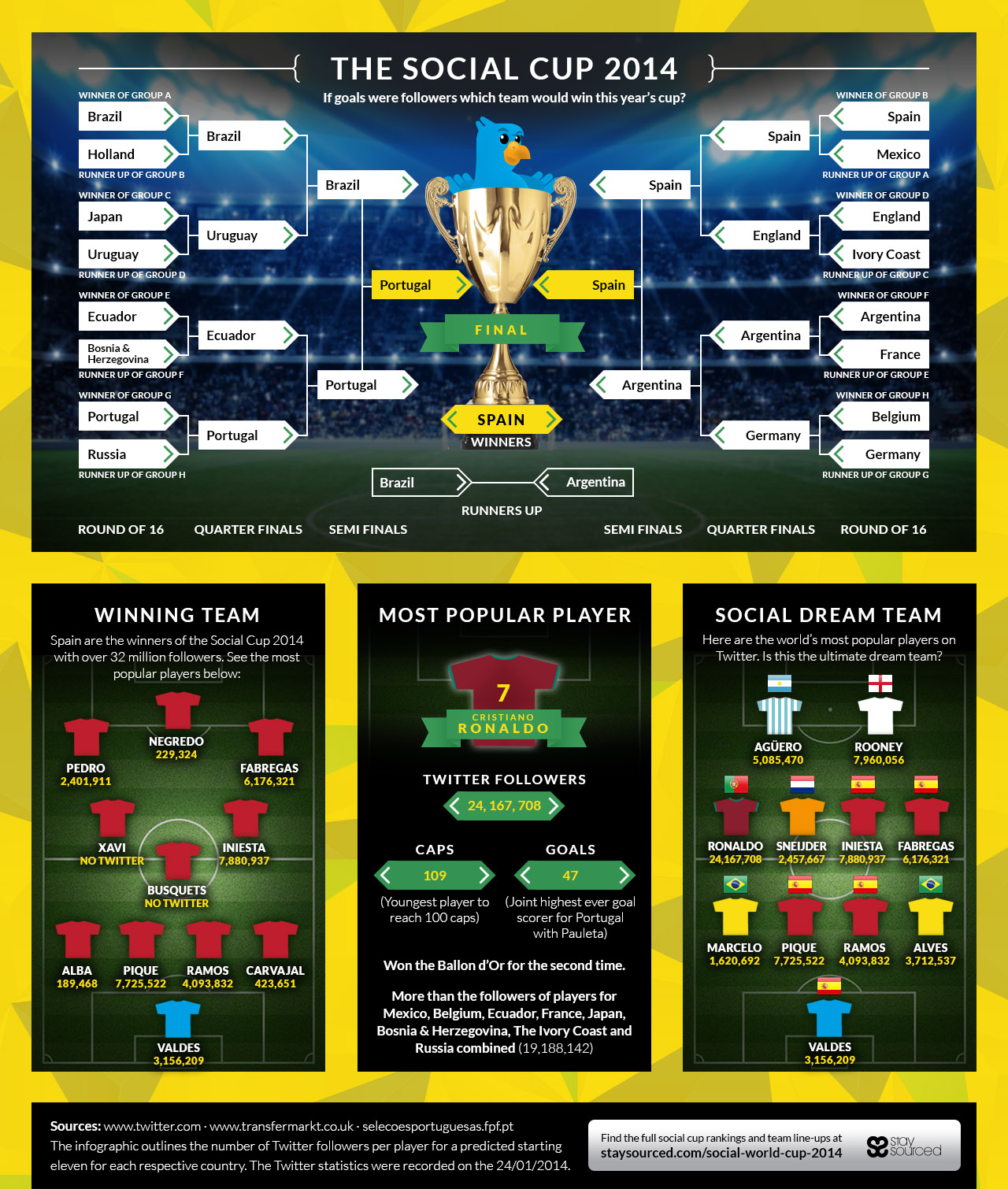 Footballers are some of the most famous athletes on the planet. Stars both on the pitch, in tabloids and on televisions across the world. With the World Cup on the horizon, we decided to look at who would win the tournament if a team’s Twitter following was proportional to their success.

We predicted results of the group stages and then began looking at who had the most Twitter followers in the final 16, placing them in the tournament against each other to see who would win the social World Cup 2014.