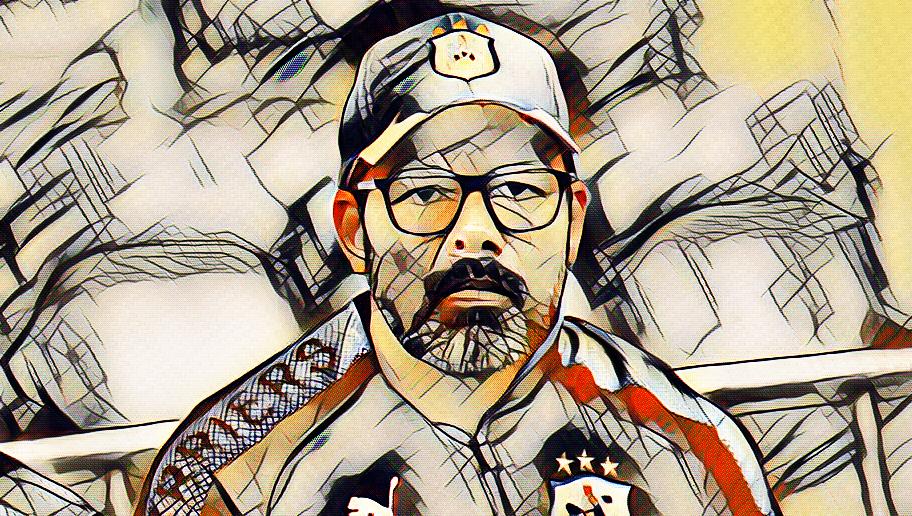 David Wagner took over from Chris Powell as manager of Huddersfield Town on the 5th of November, 2015. Powell had spent just over 13 months in the role, leading them to 16th position in England’s second tier at the end of 2014/15. The former Charlton Athletic defender was sacked by The Terriers on November 4th, 2015. Huddersfield had slipped to 19th position in the Championship with just three wins from their opening 16 games.

Born in Germany to an American father and German mother, David Wagner would enjoy a somewhat successful professional football career as a striker in Bundesliga I & II. Most notably, Wagner played for Schalke and Mainz 05. It was at the latter that Wagner first met Jurgen Klopp. Between 1991 and 1995, Klopp and Wagner were both members of the Mainz squad. This was the start of a friendship which would lead to Wagner being the best man at Klopp’s second wedding in 2005.

The only major honour Wagner played a part in as a player was Schalke’s UEFA Cup triumph in 1997. However, he was just an unused sub for the second leg of the final with Internazionale.

Wagner’s international career consisted of 8 appearances for the USA’s national team between 1996 and 1998. He failed to score in any of those games for his paternal homeland.

After Wagner confirmed his retirement in 2005, he was out of the game for six years. Then, in 2011, he rejoined former teammate, Jurgen Klopp, at Borussia Dortmund. He took charge of the reserve team for Die Borussen and remained there until November 2015. At first, the rumours were that Wagner was going to join his friend Klopp at Liverpool (Klopp having moved to Anfield the previous month), but he was to take the manager role at Huddersfield Town, instead.

A slow but steady start

When David Wagner arrived at Kirklees Stadium, even the most optimistic of Huddersfield fans could not have envisaged the journey their new manager would take them on. Indeed, for his first 7 months in charge, Wagner was just steadying the ship. He managed to secure the loan signing of Rajiv van La Parra from Wolves in March 2016. Van la Parra was signed permanently the following summer. Huddersfield finished in 19th place, in May 2016, the same position they were when Wagner had arrived.

Wagner also signed Collin Quaner, Christopher Schindler and Chris Lowe before the start of 2016/17. However, his most impressive recruitment occurred in the loan signings of that pre-season. Elias Kachunga came in from the Bundesliga, Aaron Mooy from Manchester City, and goalkeeper, Danny Ward, from Liverpool. All three would play a huge part in Huddersfield’s progression in the 2016/17 season.

Huddersfield Town had not played a part at the top level of English football since the 1971/72 season, just over 20 years before the old First Division was rebranded as the Premier League. In fact, ever since their promotion from League One to the Championship in May 2012 via the playoffs, Huddersfield had only managed a highest finish of 16th before David Wagner’s arrival. Twice they had finished in 19th, just two places above the relegation zone. So, it’s safe to say that a mid-table position would have been considered a successful season for The Terriers under any new manager.

Wagner set his aim higher, though. With Bermudian striker, Nahki Wells, and Elias Kachunga, both hitting double-figures they spearheaded Huddersfield to 5th and a spot in the playoffs. Many others in the squad played hugely important roles: Danny Ward in goals, Smith, Hefele, Schindler, and Lowe in defence, Hogg, Mooy, and Van La Parra in midfield. Wagner won the Championship Manager of the Month award in both August 2016 and February 2017.

Huddersfield finished with a -2 goal difference, even though there were only four teams better in the division. They had scored 56, and conceded 58, in their 46 league matches. At home, they were defeated 6 times, with 10 defeats occurring on the road along with a -10 goal difference. The Terriers were 12 points behind Brighton who had secured automatic promotion in 2nd, behind Rafa Benitez’s Newcastle United who went up as Champions. Wagner was also awarded the Championship Manager of the Year trophy.

Sheffield Wednesday were the opponents for their playoff semi-final. Wednesday had finished in 4th position. A tight affair finished 1-1 on aggregate and Huddersfield then progressed 4-3 on penalties at Hillsborough.

Reading had beaten Fulham in the other semi-final and so the stage was set. Wembley was the venue as Huddersfield and Reading battled it out for the final promotion spot to the Premier League. It was another taut affair and Wagner’s men again had to rely on penalties. Yet, they once more did what they had to do. Lowe, Wells, Mooy, and Schindler hit the target from the spot to win 4-3 and send Huddersfield back to the top table of English football – where they had not dined for 45 years. David Wagner and his team had achieved the unthinkable.

At the end of June 2017, Wagner signed an improved contract, with the aim of keeping him at Huddersfield for another two years, at least. He lost Nahki Wells, who joined Burnley. But permanent deals were confirmed for Kachunga and Mooy, while Tom Ince, Alex Pritchard, Steve Mounie, and Laurent Depoitre were all brought in. Goalkeeper, Jonas Lossl, was also signed on loan from Wagner’s old club, Mainz.

Huddersfield started life in the Premier League in much the same vein as they had finished in the Championship. After three games, Wagner’s team were 3rd, just behind Liverpool and Manchester United. They had won their first game brilliantly, 3-0 at Crystal Palace, the start of Frank de Boer’s ill-fated five-game spell with The Eagles. They then beat Newcastle 1-0 at home, followed by a creditable 0-0 draw with Southampton.

Unfortunately, that was where the early-season fun would end. The dreaded international break took place at the start of September. When Wagner and Huddersfield returned to action they had to endure six games without a win in all competitions. Then United arrived at the Kirklees Stadium on the 21st of October. Mooy and Depoitre gave Huddersfield a 2-0 lead at half-time and a late Marcus Rashford strike wasn’t enough for United. Huddersfield had beaten the mighty Manchester United in what Wagner said was “another chapter in the fairytale” for his club.

Huddersfield currently find themselves 17th in the Premier League. With 7 wins from their 27 games to date, they will be hoping to build on what they’ve learned as they prepare for a real relegation dogfight. But it’s a dogfight they want to be in. Compared to two years ago when it was trying to avoid demotion back to League One that was their main concern, this is heaven for the team and their fans.

This season’s story may have a few nice subplots for their fans, too. United return to Huddersfield this Saturday evening. It’s the 5th round of the FA Cup and the script may need to be rewritten to include another chapter.

As for Wagner, who knows where his story will take him. This promising start only points to positive outcomes in his future managerial career. The Terriers will be hoping they can hold onto him for as long as possible.