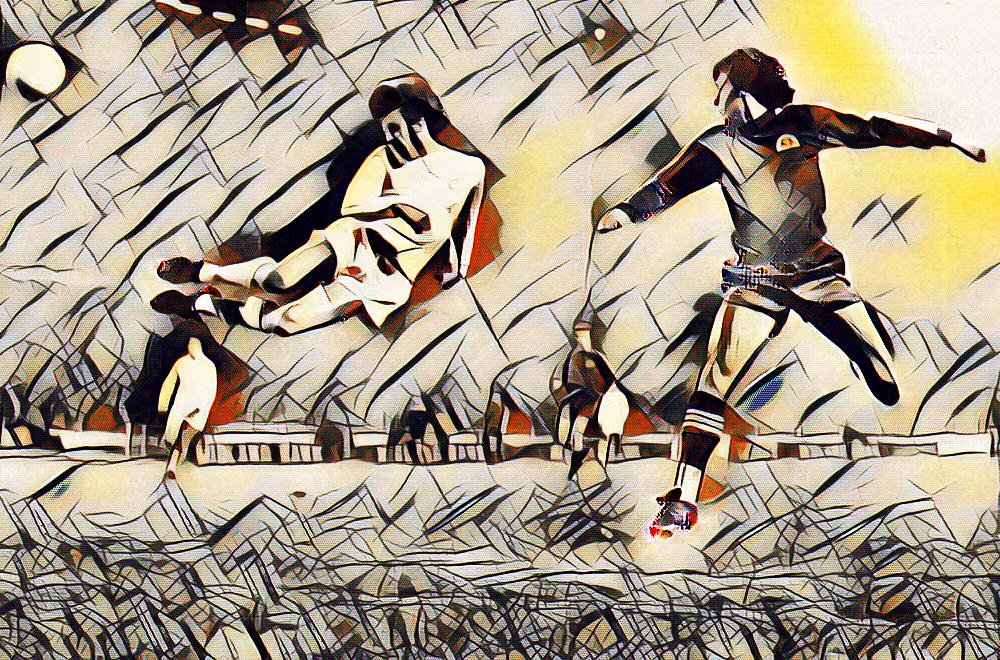 Where Wembley’s concerned the numbers six and three can still send shudders down the spine. That was the score when the mighty Magyars of Hungary spanked England in “The Match of the Century” in 1953. Twenty years later another showpiece at ‘the home of football’ involved the numbers three and six. The Common Market Football Match.

Some people reading this may wonder what the ‘Common Market’ was but for many who grew up in the early 1970’s this was, what is now known as, the European Union (EU). The official name was European Economic Community (EEC) an idea formed from the Treaty of Rome in 1957. Since the Second World War many nations, particularly United States, had been keen for more unity within Europe to ensure there wasn’t a third conflict, and the best way was to promote trade between the nations. After all, you’re less likely to start bombing a country you’re trading with. This was a moment when football and politics unashamedly mixed.

The EEC began in 1958 and had six founding members, Belgium, France, Italy, Luxembourg, Netherlands and West Germany. Three nations had tried to join in 1961, UK, Denmark and Ireland but were denied, with UK inclusion being seen as a way in for the US influence. But they re-applied and were admitted in January 1973.

To celebrate there was a week-long series of events called a Fanfare for Europe, which included an international match at Wembley Stadium. It was to be known as “The Three v The Six”. Players from the three countries about to join the EEC against a side chosen from the six nations already members. The match programme included a message from British Prime Minister, Edward Heath.

“Tonight’s match is unique in embracing the whole of the enlarged community, and we are very glad our European friends are able to take part. I am sure that, with us, they will look upon this evening as a major landmark in the history of European football”.

The two teams were managed by two men synonymous with another famous occasion at Wembley just seven years before. Alf Ramsey and Helmut Schon had taken charge of England and West Germany, respectively at the World Cup Final in 1966 and also went head-to-head at the Quarter Final stage four years later in Mexico. They were two of the most famous characters in European football. From those two matches, England’s two Bobby’s Moore and Charlton and Alan Ball, were matched once again against Beckenbauer and Muller of West Germany. The Six had eight players from West Germany and Netherlands, including six who would play in the World Cup Final a year later.

Charlton captained The Three, making his first Wembley appearance for almost three years since he skippered England against George Best and Northern Ireland in April 1970. The Six were led by Gunter Netzer, who along with Muller and Beckenbauer had masterminded their European Championship win the previous summer, winning at Wembley for the first time along the way.

The build-up was full of European bon ami with various dignitaries keen to hammer home how much better Britain would be as a member of this exclusive club. Needless to say, not everyone shared this view but the whole occasion was a pleasant one. A rather disappointing crowd of thirty-six and a half thousand turned out to watch, many hoping for some serious long-range shooting from Charlton.

The Three won the game with two goals in the second half. The first came from a cross by Charlton on the left and Henning Jensen headed home at the far post. With twenty minutes remaining, Lorimer’s corner on the right was lobbed back by Bell and Alan Ball, who’d come on for the goalscorer Jensen, was on hand to head it down to Colin Stein who stabbed it in for the second goal.

The Three nearly took the lead in the first half but Piot saved a shot from Lorimer with his feet. In the second half Pat Jennings produced a fine save from Gerd Muller. Muller and Netzer combined well in attack for The Six with Beckenbauer also showing his class. Giles and Charlton ran things for The Three in midfield. Netzer hit the post when he bent a free-kick round the wall and on the hour, Lorimer produced the same result when he thundered a shot which beat Dino Zoff, who’d come on for Piot.

Many of the players were asked for their views on the Common Market, with few having much to say apart from Alan Ball.

“The only thing that interests me about joining the Common Market is whether or not it will make my family’s summer holidays cheaper”.

Johnny Giles was a little more serious when he stated:

“A small country like Ireland need close business and trade links with other European nations, so I’m certainly in favour”,

Although Pat Jennings was less fussed;

“I’m really not interested in the whole thing”, he remarked.

Alf Ramsey was typically curt when asked about a united Europe.

“All big Wembley occasions should be cherished”, he responded.

On balance it seemed players from nations already in the EEC were more positive about it than those waiting to join, and maybe forty-five years later that remains the case.