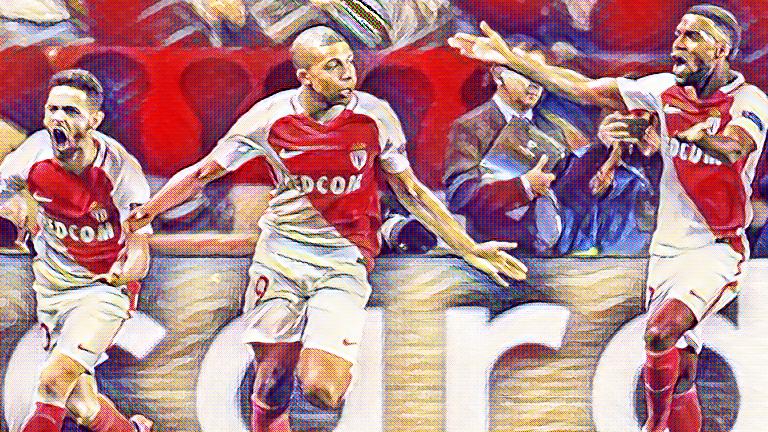 FC Barcelona has MSN. Real Madrid has BBC. AS Monaco has BLM. As Mbappe, Lemar and Bernardo are far from the difference making that Messi and Ronaldo provide to their teams, they needed to add something. A tiger that has been injured but looks to have licked its wounds and is ready to roar again.

The first to arrive (2014) was the Portuguese Bernardo Silva, that only need four months to go from a loan to a 4 year-deal, leaving Benfica, the club he loves, due to a lack of opportunities that the fans were screaming for and never really came. He was mesmerizing in the youth and reserve team, with a brilliant left foot, grace in movement and an intelligence that always shown he would succeed. Benfica had something special there, but their talent at the time was immense, and Bernardo needed to leave his home to realize his potential. Leonardo Jardim, aware of it, picked him up and allowed him to grow into a player capable of slicing through defences both with his passing vision and refined technique.

Thomas Lemar joined next season after having shown potential at Stade Caen and what really stands out about him is that he almost looks like a winger playing through the middle, as he has the pace of a wide man and the strength of a box-to-box to carry the ball forward, complementing Bernardo Silva, a playmaker that plays from the right wing to the inside. Lemar can also pick up a pass though, and has a great ability in set pieces making a very well rounded player in between the opposition’s lines.

BL were formed but they needed something else to awake the tiger. Some of sort of magic. And in December 2015 Kylian Mbappé debuted in As Monaco’s first team, aged 16yrs 364days, breaking Henry’s mark, and doing the same in regards of youngest goalscorer, also beating the Arsenal legend, all this before he actually signed his first professional contract. He’s 18 now and seems ready for anything, in a style that so much emulates Henry it’s only fitting that he broke his records, having already scored 17 this season, including two against Manchester City in the last-16 round of the Champions League.

Monaco have clearly clicked on something this season, especially if you consider the number of goals they scored in the league (84 in 29 matches) and the three youngsters definitely had an enormous contribution in it, not only because of the goals they scored combined, but also because their flair and positivity have allowed Falcao to remind us of the player that he once was at Porto and Atletico Madrid. After unsuccessful, injury-ridden loans to Man Utd and Chelsea, the Colombian nurtured himself back, and still has some issues, but with now he’s not the only option for Monaco to be lethal. Now, with the speed of BLM, he can hide himself in behind the defenders, with the intelligence that he showed in his glory days and finishing ability that is destined to only a few. This is Falcao’s most prolific season since leaving Atl. Madrid and if they keep up this form maybe the title is in their hands. And even though he couldn’t be present, the BLM trio, aligned with a great display of commitment and hardwork, were able to turn the tie against Man City and now will see if anyone will stop them, internally and in Europe.

A football geek that can answer what's the height of that non-league midfielder. With no ability to play the game, but a keen eye to observe it, I've had a minor role as an assistant manager at an U-13 team in Portugal (Belenenses) and did some scouting for CS Maritimo (also from Portugal), and have a need to be ahead of everyone in terms of who the next big star will be