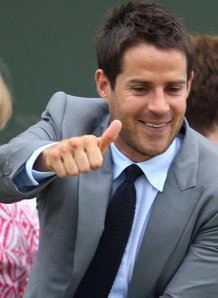 Following Zlatan Ibrahimovic’s exploits against England last week, Jamie Redknapp’s comment in the Daily Mail, “last night, the world woke up to the mighty Zlatan’ bemused fans of the game.” Err; most of the world knew what Ibrahimovic is capable of. This comment sums up the British football journalists’ ignorant and petty attitude towards foreign talent that they either haven’t watched much of, or has not performed well against England or an English club. Ok, admit that Redknapp isn’t the beacon of journalists or pundits in the country, but he wouldn’t be alone in being surprised by the Zlatan show against England.

A player who has won ten championships in eleven seasons across four countries and has regularly scored more than twenty goals in each campaign was never rated by most British journalists. Zlatan was termed as ‘over hyped’ and ‘always under performing’ on the big stage. But now that he scored four goals against England, he is suddenly being touted as an incredible player. Does this mean that the big stage was a meaningless friendly against England? Obviously, if he had played in the Premier League, British journalists would have woken up a long time ago. It was not to be the case though, as Arsene Wenger learnt, Zlatan doesn’t do auditions.

It was the same case with Andrea Pirlo. One of the world’s best registas in the past decade was never regarded highly because he played in Serie A where the pace is slower than the Premier League, and was shut out by Park Ji Sung (not English!) of Manchester United in a Champions League quarter final three years ago. But when he bossed the midfield against England in Euro 2012 and put Joe Hart in his place with the panenka, Pirlo was trending on Twitter courtesy of Brits acknowledging his greatness. Mind you, this is a player who, prior to this, had a stellar World Cup winning campaign in 2006, and won both the Serie A and Champions League with AC Milan twice.

Ronaldo and Messi have both been accused of being a flat track bully and not performing against English clubs respectively. Opinion about the latter changed after he single handedly destroyed Arsenal in the Champions League three seasons ago. Why is it that performance against English clubs or England is the yardstick by which players are measured? In the current season, the top performers so far – Mata, Fellaini, Michu, Van Persie, Suarez – aren’t even British. The Premier League might be the most exciting league in the world but that’s primarily because the clubs have the financial clout to buy the best players in the world (majority of who are non-British). But because of ignorance and lazy journalism, other European leagues are deemed inferior despite having technically better players and stronger grass roots development which is evident through performances of Spain, Germany and Italy on the international stage.

The narrow mindedness and cynicism of British journalists was also on display when Russia and Qatar won the 2018 and 2022 World Cup bids respectively. Allegations of fixing, lacking footballing tradition, and hostile weather were the most common talking points in most articles that followed the announcement of the bid results. I’m not implying that FIFA is a squeaky clean body but if you blame Russia and Qatar for lacking footballing tradition, are you implying that Australia (one of the bid nations who ‘should have won’) has a rich footballing tradition? South Africa, despite being renowned for high crime rates, held a very successful World Cup. At USA 94, a highly successful tournament, several matches were played at temperatures nearing 40 degrees celsius. Oh, but wait; England hadn’t qualified, so you wouldn’t know.

Most British football journalists need to embrace the fact that very good footballers exist outside the UK who can have an off day or two when playing against an English club. In fact, if I were to be cynical about Ibrahimovic’s performance last week, it would be that he scored four goals against an average footballing nation that has been hyped up by the media circus in England.