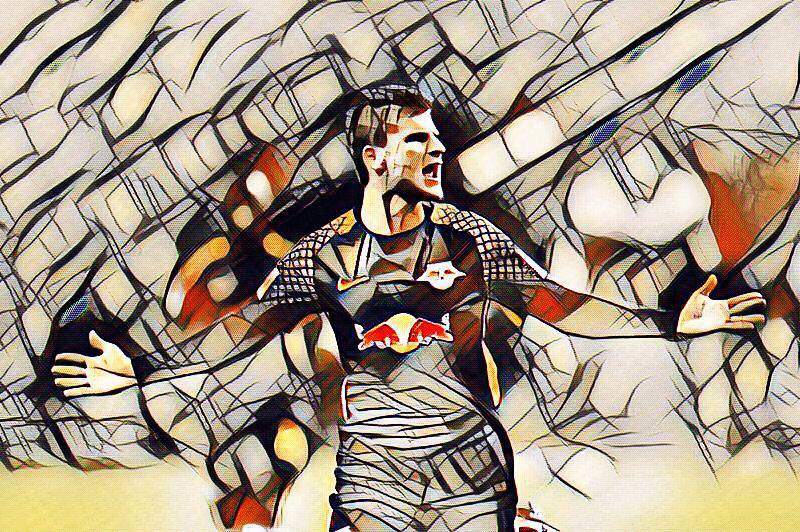 Timo Werner and RB Leipzig earned a first – and much needed – away win in European competition, knocking out past season’s semi-finalists and French champions Monaco in the process.

The visitors got off to a perfect start as Jemerson put a cross from the right wing into his own net. Leipzig went another one up on nine minutes as Werner slotted away the second after Kevin Kampl won the ball in the middle third and supplied him. Werner took his tally to 11 goals in 17 games once he dispatched from the spot after Radamel Falcao fouled Willi Orban. Falcao headed in what turned out to be the only consolation for Monaco before Naby Keita scored Leipzig’s 35th goal in all competitions. A Marcel Sabitzer injury put a slight damper on the commanding first half, although the unremarkable second half did allow Die Roten Bull to withdraw top goalscorer Werner early.

Monaco played an unpleasant match, one which was, like the rest of their group matches, marred with errors and miscalculations. Jemerson had a nightmare performance, turning in the Marcel Sabitzer cross for the Leipzig opener and subsequently turning it over to Kevin Kampl, who proceeded to assist Werner for the first of his two.

Monaco didn’t stop making it hard for themselves there, with Falcao conceding a penalty. Monaco were essentially responsible for three of the four goals conceded, and at the end of the first half, they had only faced 3 shots on target while conceding four goals. Although Monaco are well-positioned to come straight back to the premier European competition next season – they are placed second in Ligue 1 – their mass exodus of talent was much more noticeable in the Champions League. Monaco had let go of a number of their core players the previous summer, including Benjamin Mendy, Tiemoue Bakayoko, Bernardo Silva, and Kylian Mbappe.

Bottom of Group G and without a win in 5 games, they must, as Leonardo Jardim put it, “build a stronger team for next season” if they have aspirations of becoming anything greater than what they were in this season’s edition. As for Leipzig, they face a must-win clash against Besiktas, who are guaranteed to top the group but won 2-0 against the Germans earlier this campaign.

Hey, I'm Austin! I play under the name MetroClouds in the Football Manager community. I currently live in the United States and I support Manchester City and Werder Bremen.