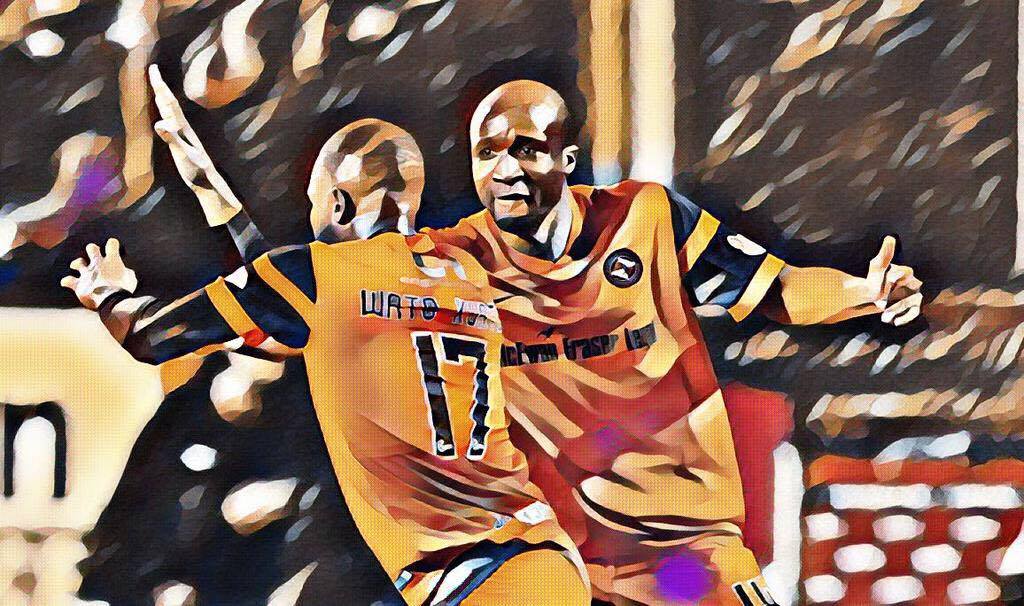 Dundee United’s Cameroonian midfielder has been with the club for only two months, and yet in such a short spell, he has forged quite a name for himself. Due to being far from match fit as a result of not playing first team football for the best part of a year, Wato had a slow introduction to Scottish football, playing numerous development league games, club captain Sean Dillon’s testimonial match, and a couple of substitute appearances in the final league games of the year. It wasn’t until the Scottish playoffs that Kuate really found a regular starting spot. It is his antics in the playoffs, over just five games, which have left him an unforgettable legacy with fans of the Terrors.

After a relatively average game in the first playoff game away to Morton, in which he picked up a yellow card, Kuate was selected from the start again, in the second leg at Tannadice Park. Simon Murray scored early on to give United a 3-1 aggregate win, but anyone who had watched Dundee United this season knew that the result was far from a sure thing.

A little after the hour mark, Wato Kuate picked the ball up in the middle of the park, turned right and with no passing opportunity, slowly ambled his way round his tiring marker to the left, looked up and struck the ball. Arguably, he should have found a pass, certainly, the Morton defender should have gotten tighter to Kuate, who found far too much time on the edge of the box. The ball fired past everyone and into the back of the net. This put United 4-1 up and calmed the nerves of players and fans alike.

As if this goal wasn’t enough to endear Wato to the United fans, his celebrations sealed his approval. He scored into the empty Shed End, and ran the length of the pitch to the fans in the Eddie Thompson Stand. He crossed his arms, stared and nodded his appreciation, simply absorbing the love he was getting.

Furthermore, he gave an interview afterwards, in which his eccentric personality saw him gain even more plaudits from everyone connected with the club, particularly for his excessive use of calling himself by name. “And I said Wato, what you gonna do? You just gonna run? I go and stand, and watch them celebrate, because, they have been lovely!”

With Morton dispatched with relative ease, next up in the playoffs were Falkirk, a tenacious team who had had United’s number all season. Furthermore, Falkirk were managed by Dundee United’s former Scottish Cup winning midfielder Peter Houston.

The first leg was an exciting affair, Dundee United twice taking the lead and twice being pegged back, the game finishing 2-2. After his wonderful performance against Morton, expectation was high for Wato Kuate, whose sheer physical presence was enough to see him play the role of midfield general. This game was more similar to the first leg against Falkirk for Kuate, not bad, but not especially good. He threw himself into everything, his effort could not be questioned, but he looked somewhat lackadaisical in possession. A little slow to find his pass when in possession. This was perhaps overshadowed by the exciting nature of the game, but after such a strong performance in his previous game, this was somewhat concerning.

The return leg, through in Falkirk, was a strange performance. Not bad, exactly, but still not especially good. It is hard to tell if he is a lazy player, or if he is merely just not very fit. Judging by his physique, it is the former, as he looks more like an athlete than any of his current teammates. Kuate did not appear to be aware of the pace of the Scottish game. Maybe, during his time at his former clubs, Akhisar Belediyespor, Asteras Tripoli and Trikala, he may have been afforded more time on the ball, but in Scotland, he was being chased down immediately. He looks an accomplished player in a winning side, but a hellish frustrating midfielder when the game is getting away from you. His main benefit is his strength and power. Against Falkirk, countless times, he lost possession with an awkward touch, but such was his strength that the opposition players were bouncing off him and hitting the deck.

The Falkirk second leg certainly wasn’t the greatest display by Kuate, but at the full-time whistle, he further cemented his status as a fan favourite. He took off his shirt and ran to the full stand of away supporters, swinging it over his head wildly. So caught up in the moment was Kuate that he ran straight into the dejected Falkirk goalkeeper. It was a cheap move, and a lesser man than Robbie Thompson may have reacted aggressively. He let the incident slip, and Kuate celebrated excitedly with his team in front of the loud and proud Arabs in the stand. This has all been the good of Wato Kuate. A man that has described himself as the best player in the world when he is fit. That reputation was tarnished during the first half at Tannadice, in the first leg of the playoff final against Hamilton. Kuate was nothing short of terrible. Truly, woefully god awful! Every touch was heavy, he looked tired and uninterested. Hamilton have had a dismal season, but a year of playing against some of the better SPFL teams such as Celtic, Aberdeen and Hearts, they were a sharper team. While Kuate could hold off the Falkirk players after his heavy touches and slow reactions, the Accies players had him closed down instantly, dispossessing him time after time.
If the first half of the Hamilton game can be described as bad, the second half was just plain ugly. About ten minutes into the second half, Kuate ambled back and bumped into

About ten minutes into the second half, Kuate ambled back and bumped into centre-back Mark Durnan, both players going for a header, despite the clear shout from the imposing centre back. Consequently, both players missed the header, Hamilton got the ball and very nearly scored, the ball drifting out for a corner. Both players set up for the corner, Durnan running back, bawling at Kuate, telling him to listen giving him a tap on the side of the head to ensure the Cameroonian got the message. Kuate, filled with emotion and frustration, obviously took offence to Durnan’s verbal attack and in a moment of childish stupidity, flailed an arm out at him. Sparks flew and a shouting match broke out between the players. Sean Dillon had to physically hold back Kuate, yelling at him to focus and move on, but Kuate wouldn’t listen, wouldn’t even look at the ball.

Instead, he stared intensely at Durnan. The play went on and the incident, coupled with the midfielders poor game, saw United boss Ray McKinnon ready sub Charlie Telfer to replace the hot-headed Kuate. The 4th official raised the board and Kuate was hooked. In an act of selfish petulance, he stood there, in mock disbelief. He considered his options and then decided, rather than walking to the bench, to instead walk straight to the tunnel, not leaving the field of play.

Everything about his second half had been an ugly display. He pushed past both centre backs, first William Edjenguele, then his nemesis of the day, Mr Durnan. The United fans were livid with their apparently one-hit-wonder midfielder, booing and jeering him, calling him every name under the sun. Instead of accepting his justified criticism, the arrogant boy sarcastically nodded, clapped and gave thumbs up to the fans abusing him. The game finished 0-0, after Dundee United lost Simon Murray to two yellow cards, both for diving, despite the second one being a stonewall penalty.

The squad will travel through to Hamilton’s ground on Sunday in the final game of the season, praying to god that they can get the job done and return to the top flight of Scottish football once more. The only certainty for Sunday is that Wato Kuate will not feature for United, with Ray McKinnon confirming after Thursday’s game that Kuate has played his last game for United.

What to think of Wato Kuate? A ball of muscle with an eye for goal, a frustratingly slow player, and, given the occasion of the game, as selfish a player as Tannadice has ever seen. It was reminiscent of last season, when former centre back Gavin Gunning picked up the ball mid-game against Inverness and just walked off the pitch. Kuate has certainly guaranteed himself a place in the memory of United fans, though regrettably, it will be more for his shameful departure against Hamilton rather than his sublime strike against Morton.