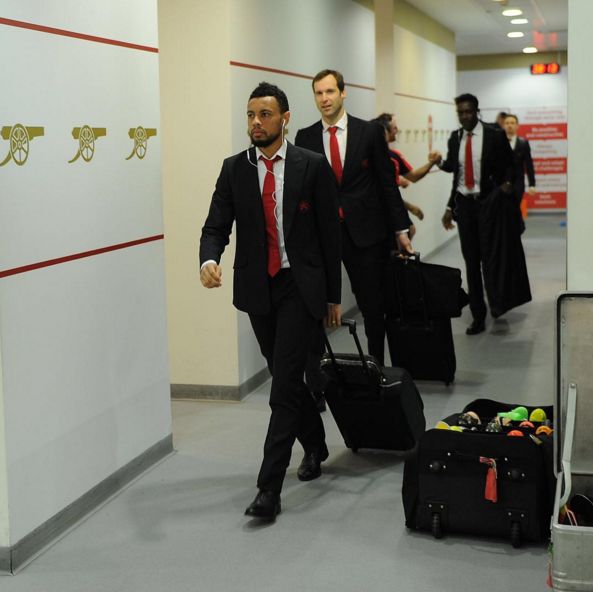 Posted in Arsenal, Newsnow Feed By By Far The Greatest TeamPosted on April 8, 2016April 8, 2016Tagged Arsenal

The Gunners are currently third in the table and 11 points behind leaders Leicester, although they have played one game less than their closest rivals. However, Arsenal manager Arsene Wenger has refused to admit defeat to Leicester City in the title race as the Premier League season enters the last stretch.

“Of course,” Wenger told reporters when asked if Arsenal could still finish top of the League. “Why not? As long as mathematically it’s possible there’s a strong possibility. You look at the difficulty of the Premier League, [Leicester] have been remarkably consistent, but every game is very tight so it could go the other way as well.

The outcome of this match is highly significant for both clubs as none of them want to drop any points for any reasons.

The Hammers are involved in their quest for a top-four spot and are currently three points behind fourth-placed Man City.

The home side have been in fine form in recent weeks. They are undefeated in the last 13 home matches in Premier League, with seven wins and six draws. They have also kept a clean sheet in four of their last five home games.  The Hammers will be looking to do a double over the Gunners having won at The Emirates on the opening weekend of the season.

Mathieu Flamini is expected to be back for the Gunners as they prepare for their trip to Upton Park, while Jack Wilshere and Tomas Rosicky are set to feature for Arsenal’s Under-21 side on Friday night. Aaron Ramsey could make his return to action in Arsenal’s clash with West Ham on Saturday.

Petr Cech has recovered from his injury and is expected to start here, with young sensation Alex Iwobi set for his third straight start in the Premier League.

James Collins and Sam Byram are the only players out with injury for West Ham. Kouyate’s suspension in the in the 2-2 draw against Crystal Palace was overturned, and he could start here alongside the in-form Mark Noble.