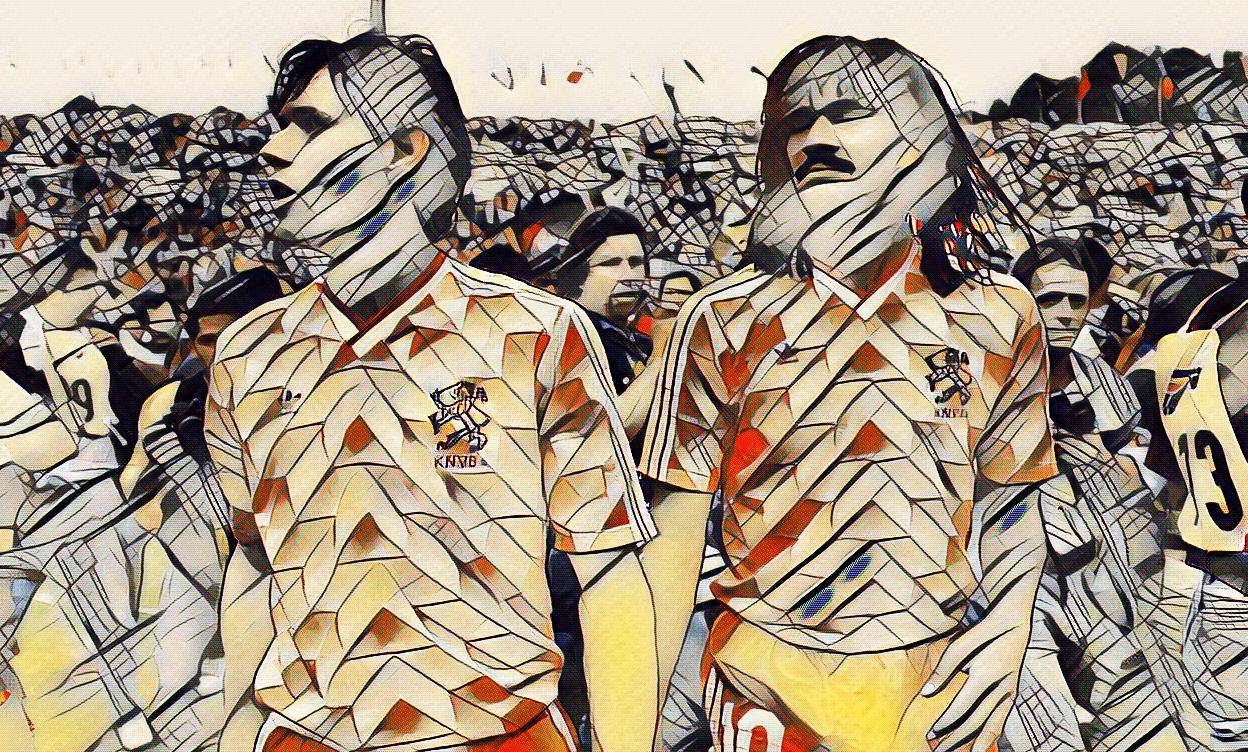 England have just won their first match in the Netherlands since they were World Champions. The win in Amsterdam in 1969 was thanks to a late goal from Colin Bell against a side which included wonderful talents such as Johan Cruyff, Rob Rensenbrink, Rudi Krol, although the fact the Dutch brought on Dick van Dijk at half-time probably helped the visitors.

The first win for the Dutch against England came eight years later at Wembley when Cruyff, Rensenbrink and Krol were again on duty, but this time joined by Johan Neeskens and Johnny Rep. By then the Dutch were in between losing World Cup Finals. In 1974 they were regarded as one of the best teams never to win a World Cup. Had they won four years later rather than be defeated by a wave of Argentine pressure, both on and off the pitch, they could have considered themselves fortunate, although any one of about four or five sides deserved to win that tournament.

Cruyff refused to go to the 1978 World Cup, stating family concerns after a kidnap attempt in Barcelona. That tournament became a catalyst for the end of the road for the players I have just mentioned. Krol and Rep stayed on until the 1980 Euros but the disappointing performance in Italy resulted in them retiring. The 1980 side still had Arie Haan and the van der Kerkhof brothers from the World Cup two years before, but they were ageing. The problem for Dutch football was they struggled to replace these players.

Around European football, there were emerging talents such as Frans Thijssen and Arnold Muhren who were ripping up trees at Ipswich winning the UEFA Cup in 1981 against Dutch side AZ Alkmaar. That AZ side included Jan Peters, who’d scored both goals in Netherlands win at Wembley in 1977, Kees Kist who took over as the main striker from Rep in the national side as well as Johnny Metgod, then an emerging talent who later moved to Nottingham Forest.

The national team then failed to qualify for the next three international tournaments, the 1982 World Cup, the 1984 Euros and the 1986 World Cup. Dutch sides failed to get past the first round of the European Cup for a few years in the eighties and it wasn’t until 1987 when a Dutch side was seen in a European final when Ajax beat East Germans, Lokomotiv Leipzig in the Cup-Winners’ Cup Final. That side was almost a who’s who of Dutch football for this period and the next few years; Frank Rijkaard, Marco van Basten, Arnold Muhren, Aron Winter, Rob Witschge and had a young Dennis Bergkamp on the bench. Perhaps it’s not surprising they were managed by Cruyff. They were back a year later to defend their title, losing to Belgian side Mechelen, in the Final in 1988. By then van Basten and Rijkaard had moved on along with Cruyff. That same year saw PSV beat Benfica on penalties to win the European Cup in Stuttgart. That side included names who would emerge as important within Dutch football. Ronald Koeman, Van Aerle, van Breukelen and Vanenburg were all to appear in the European Championships a month later.

Amongst all this emerged a player who arguably became as important a figure for his generation as Cruyff had done for his. Ruud Gullit made his professional debut for HFC Haarlem in 1979 and was capped by his country two years later, before he moved to Feyenoord and then PSV. His move to Milan in 1987 was for a record transfer fee and with Rijkaard and van Basten, they were the backbone of the side’s dominance of European football.

This was where Dutch football re-emerged as a force in the international game. Gullit was captain for their European Championship success in West Germany in 1988, which remains their only international trophy. They reached the Semi-Finals stage of the competition in three of the next four tournaments, in fact, it wouldn’t be until 2012 when they failed to get as far as the Quarter-Finals in the Euros.

Their World Cup record was equally consistent, although they lost to eventual champions, Germany in the Second Round in 1990 but then got as far as the Quarter-Finals in 1994 and then fourth place in 1998.

The twentieth century saw them miss the 2002 World Cup but then gradually improve their performance culminating in losing finalists in 2010 and then a third place in Brazil 2014.

But this performance seems to have represented another peak just as their 1978 World Cup did. Gone are the likes of van Persie, Robben, Kuyt and Sneijder and now the Dutch are searching for the players to emerge as new heroes.

One thing which shocked many people was their performance against Spain in 2010. They seemed to morph into a snarling, nasty, antagonistic group of players far removed from the erudite, graceful, creative artisans many of us were more used to.

The side which played England on Friday was probably the poorest Dutch side I have ever witnessed. No sexy football, no total football, no silky touches and their reserve striker was Ryan Babbel. Over the years many people will point to the Netherlands at various stages in having some of the most attractive footballing sides, yet the contrast with England was something I found interesting.

In this country, we have long since seen the demise of the English player from our domestic league. As the Premier League has become richer, the home-grown player has become more marginalised. Few clubs in the top league employ an English player in the vital positions of their team. Strikers are becoming more scarce, we don’t have anyone resembling a playmaker and none of the goalkeepers have experienced Champions League football.

But what we have is a successful product in the Premier League and one which has been exported around the world. There are many countries where local supporters would rather watch a Premier League game than their own domestic fare. At the same time, we’ve had to endure losing to countries who do not have a burgeoning league yet seem to have real desire and pride about their national side. Perhaps for the first time, I witnessed what I would consider a major international nation with more problems than ours.

What makes it better for England and not the Dutch is the amount of tournaments our youth sides did so well in last summer. Whilst England were winning World Cups at U20 and U17 level, Dutch players in those age groups had the summer off. Of course, it’s up to England to make the best use of the talents undoubtedly available. But in the meantime what do the Dutch do?

Where is the next Gullit, the next Krol, the next van Basten, the next van Persie? They have some good players such as Strootman, van Dijk and Wijnaldum, but they’ll need more than just those.

If you can’t create or score goals then you’ll always struggle to win matches.