In June 2011, Tottenham Hotspur were linked to 21-year-old Brazilian striker, Leandro Damiao, for the first time. The manager at the time, Harry Redknapp, was keen on bringing him to Spurs that summer and his club, Internacional, were resigned to him leaving.

“Plaudits must go to president Giovanni Luigi, who did a tremendous effort to keep him with us for this season,” said coach Paulo Roberto Falcao. “This new agreement gives us peace and we can now close the talk of his departure. Now Leandro Damiao is at a wage level with the most valued players in the country.”

Spurs’ interest then spread to Damiao’s team mate, Oscar, although both of them insisted they were keen to stay with Internacional for the time being, whilst not ruling out a future move to a European club.

After Andre Villas-Boas signed Oscar for Chelsea, Damiao’s attraction to Europe grew, with him missing his pal.

“Oscar is a big friend and our wives are friends, too,” he said. “He is happy there, but of course misses Brazil as a lot of people helped him there. Of course all players have the dream of going (to Europe). That will happen one day. He asks me when I’ll go there, I say I can’t answer that yet. I’m happy at Internacional, I have a long contract. All players dream of going to Europe and that will happy one day, but I’m happy here.”

Now as manager of Tottenham Hotspur, Villas-Boas tried to bring Damiao in the recent January transfer window. Their bid of £13m was rejected and Villas-Boas claimed it was time to move on.

“I’ve said in our conversations that if (the Damiao bid) was going to go out of proportion, we would step out of it,” he said. “We have made it public before that he is a player that we chase, but we couldn’t agree on the full conditions so we’ve moved on. I don’t think (it will happen in the summer). It’s probably finished now.”

However, over the past week there have been more stories linking the player, with both Damiao and his agent talking about the possibility of signing for Spurs.

“I know of Tottenham’s interest in me but I am happy to wait until the president of my club lets me know something official,” said Damiao. “I would prefer to play in a team that is in the Champions League, but the most important thing is that they share the same ambition that I have.”

Vinicius Prates, Damiao’s agent, claimed the player was now mature enough to cope with the pressure of playing in Europe.

“With the improvement he has been showing I think he is mature enough to leave, he is ready to play in Europe,” he said. “Our idea is to always work with big clubs, all players dream of playing in the Champions League. But Tottenham are an important club in London, we can’t rule them out.”

With the World Cup approaching, it is important that Damiao not only plays for a big club, but gets plenty of playing time and opportunities to impress.

The next stumbling block then is Damiao’s choice of goal celebration, which happens to be identical to Gareth Bale’s. Now, no one would want their celebration to be nicked by their team mate, particularly one as masculine and cool as Bale’s, but the Spurs winger has actually gone as far as attempting to trademark his celebration. If he is still at the club next season, I wonder of what he will make of Damiao’s celebration… 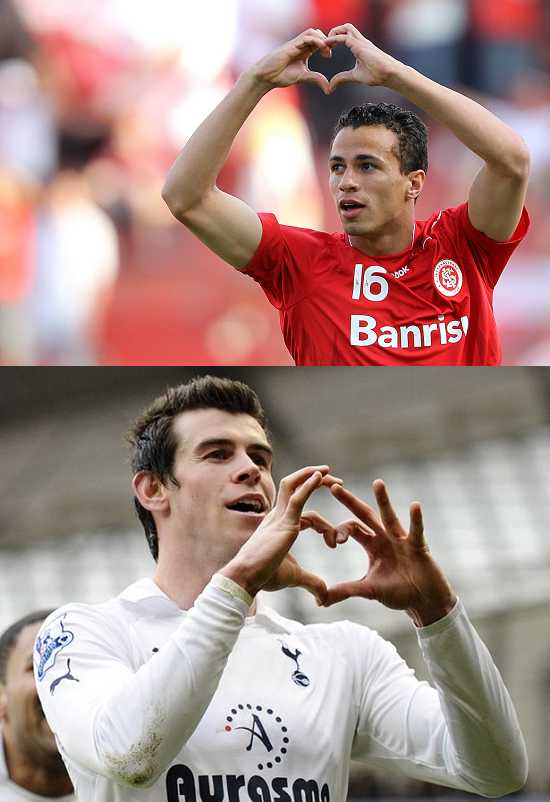 Tottenham Hotspur Boss Learning from his Spell at Chelsea