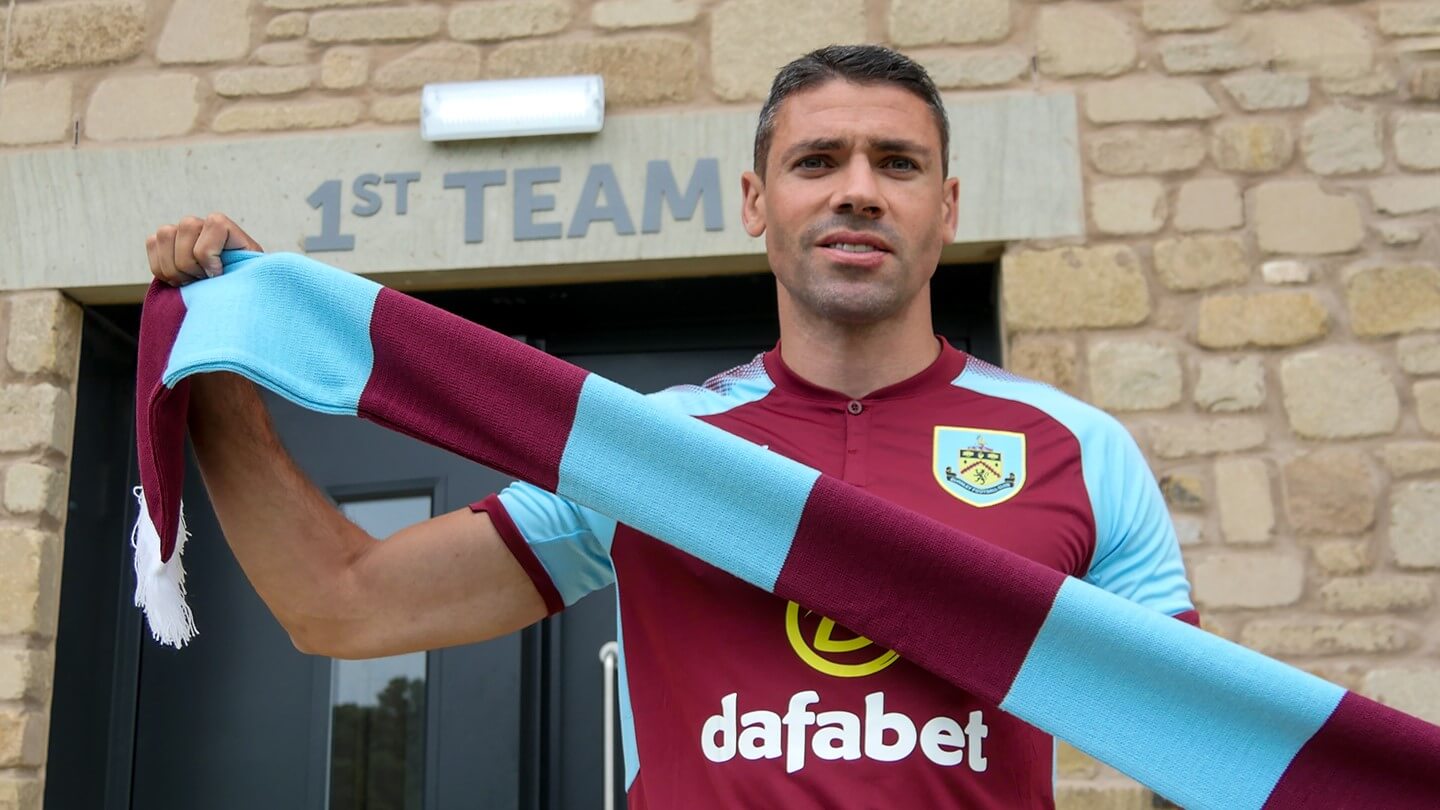 With the new Premier League season on the horizon clubs are looking to reach their goals for the season. After selling Michael Keane to Everton despite the defender being heavily linked with Manchester United, Burnley have made a signing that’s raised a few eyebrows. Looking to escape the ‘second season syndrome’ after surviving their return to the top flight, Burnley have signed Jonathan Walters from Stoke City.

Walters is coming to Turf Moor on a two year contract for a fee believed to be around £3m after seven years, 271 games and 62 goals for Stoke. The striker may not be the youngest option that could’ve been brought into the club but his experience can help the squad in their bid to stay up. Keeping in that focus, we’ll be seeing where Jonathan Walters has been to pick up this experience that could be valuable to Sean Dyche’s side.

We all know that Walters has spent the majority of his Premier League career with The Potters but he did have a career before then. The 33 year old started his professional career with Blackburn Rovers, but failing to play a senior game for them he moved on to Bolton Wanderers where he also struggled to make a name for himself making four substitute appearances over a three year period which saw him loaned to Hull City, Crewe Alexandra and Barnsley. The most fruitful of those was at Hull where he scored 5 goals in 11 games, netting a brace on his debut in the-then 3rd Division.

The next season Hull came back for Walters’ services but he didn’t have quite as much of an impact only scoring twice in 37 games. However, despite a move down a league to league 2 Wrexham, this would kick-start his journey to the Premier League. He’d score five goals for Wrexham before moving to Chester City, also in League Two. Walters would only spend six months at Chester though as his performance against Ipswich Town in the F.A. Cup in January 2007 impressed then-boss Jim Malgilton enough to bring him to the Championship.

This spell at Ipswich was definitely where his career took off again as he thrived in the Championship. He managed to score his first senior hat trick in his first full season at the club against Bristol City along with getting a call up for the Ireland B team. His efforts in 2007-08 saw him score 13 goals almost getting Ipswich to the play offs but also grabbing Player of the Year and Players’ Player of the Year. Walters’ goals tally would drop off a tad in his final two years with the club but that didn’t stop him from getting a £2.5m move to Premier League Stoke in 2010.

Since arriving in the top flight seven years ago Walters has made a name for himself as a very good striker, scoring 62 goals for Stoke. In his first season he also helped his new team to an F.A. Cup final with a brace in the semis against his former club Bolton. His club achievements were rewarded as at the age of 27 he finally broke into the Ireland first team, making his debut against Norway, he has gone on to represent his country 49 times scoring on 14 occasions and seeing them to EURO 2016. Know being a known Premier League striker, even at 33 this signing could improve the Burnley squad. Walters knows what it takes to stay in this league consistently with over 200 Premier League games under his belt which can easily rub off on the players around him and hitting double figures in four Premier League seasons he could well improve the games of Sam Vokes and Andre Gray for the next couple of years.