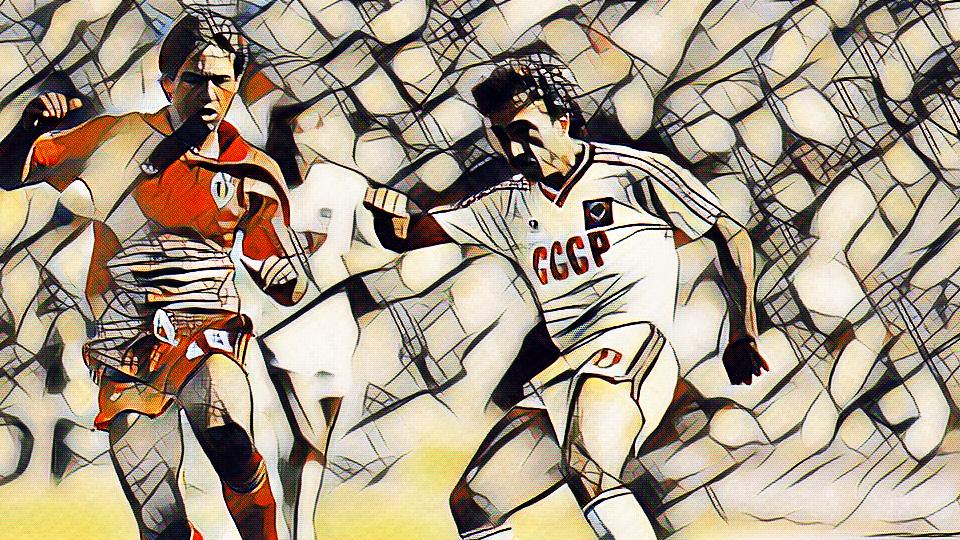 “The continuity of the match was incredible. It went from end to end, side to side and nobody was rolling over. There was no faking, there was no nothing, they just purely entertained everybody who wanted to watch football.”

“Football won tonight, even if the Russians lost.”

Those were the words of footballing legend Brian Clough in the ITV studio during analysis of a classic match between Belgium and Russia (USSR) at the 1986 FIFA World Cup Mexico. Spectacular finishes, a hat trick, a penalty and a huge talking point resulted in a seven goal thriller in the second phase of the tournament, with the Belgians 4-3 win via extra time securing their place in the Quarter-Finals. Commentator Ron Atkinson admitted it was one of the best matches he had ever seen, and many who witnessed the action find it difficult to disagree.

Since FIFA altered the stage system at the tournament by scraping the use of groups during the second phase of the tournament,  it gave teams finishing in third place in their first round groups the opportunity to still progress. This was beneficial to the Belgians who managed to progress to the second round as the best of seven third placed teams with three points and a neutral goal difference. It would however mean they’ve have to face Russia who finished top of their group with an impressive plus eight goal difference.

At the local time of 4pm in the city of León in Guanajuato, over 32,000 fans packed the commonly referred ‘Nou Camp’ Estadio León in anticipation and expectation of a clinical and fluent Russian attacking performance against an unconvincing and injury-hit Belgium side. With kick-off underway, it was clear early on that the understanding of the seven Dynamo Kyiv-based players featuring in the USSR starting lineup was working effectively, particularly between talented teammates Igor Belanov and Oleksandr Zavarov.

The pair linked up to break the deadlock on 27 minutes and score an incredible first goal of the game. Belanov had made a clever run across the edge of the box in which Zavarov’s poked ball forward to the striker saw him check his run. With time and space, Belanov fired a shot back across goal from distance, with the ball rocketing into the net off the inside left post to leave spectators truly mesmerised and make it 1-0.

Belgium keeper Jean-Marie Pfaff was being called upon heavily as the attack from USSR failed to be countered effectively and in true sweeper keeper style, he raced off his line to clear the ball away from the feet of a clear-on-goal Belanov before half time. The missed chances in the first half by Russia were then rued early on into the second half as Belgium unexpectedly equalised on 56 minutes.

A cross from Frank Vercauteren found the eventual Young Player of the Tournament Enzo Scifo who, unmarked in the box, was able to control the ball and stab his effort past Russian keeper Rinat Dasayev. Good fortune had certainly fell the Belgium side’s way as a Belanov header from a Pavel Yakovenko cross had hit the post with Belgium defender Daniel Veyt had cleared the ball off the goal line just minutes earlier.

The change in the scoreline had not effected the stride and momentum of the Russians on the attack however. An error by Belgium captain Ceulemans saw him lose possession in midfield on 70 minutes in which Zavarov’s direct run at the Belgium back three gave Belanov another chance to find space. The striker secured his second goal of the game by receiving the ball inside the box and slotting back across goal with a low effort to regain his nation’s lead in the game.

Needing the get back into the tie and make up for his error, Ceulemans was able to succeed in doing both on 77 minutes but in very controversial style. A simple punt up field by the Belgium defence found it’s way to their captain who clearly looked to be in an offside position in the Russian penalty box. With the Russian defence stalling for a split second in adamant expectation of the offside flag, Ceulemans played to the referee’s whistle and struck past Dasayev to level the dramatic tie 2-2. Action replays of the goal do not do any justice for the officials very questionable decision-making in this game.

Late chances to secure a memorable victory within the 90 minutes the fell to both sides, as Ivan Yaremchuk’s shot rebounded off the crossbar for USSR, whilst Belgium replied with a great chance through Scifo. The midfielder was denied by the brilliance of Dasayev who was able to punch the ball away at full stretch, with Scifo himself applauding the save. Referee Erik Fredriksson blew to end the 90 minutes on a hot Mexican afternoon, and the Russian side must have been wondering how they had not defeated their opponents within the regulated time period.

Trevor Francis, a guest in the ITV studio, reported that the Russians were doing three sessions a day heading into the tie, and that seemed to have affected their performance in extra time. A lapse of concentration at the far post meant an Eric Gerets swung cross could meet the head of an unmarked Stephane Demol who finished powerfully on 102 minutes to give the Belgians the lead for the first time in the game.

Belief that Belgium could go on to win the tie started to mount, and that belief grew rapidly when striker Nico Claeson got his side’s fourth goal of the game on 110 minutes. Fresh legged and newly substituted Leo Clijsters won a flick-on on the edge of the box and without being contested, Claeson skilfully volleyed his effort first time into the net to make it 4-2 with just 10 minutes remaining.

Just a minute later, the ball found the net from the spot kick as Belanov won and scored a USSR penalty to give his side brief hope of taking the game to penalties and completing his hat-trick. It would be too little too late as the Belgium side held out for a memorable win under coach Guy Thys and the celebrations certainly showed passion and joyfulness.

Belgium ended up reaching the Semi-Final stages before being knocked out by Diego Maradona’s Argentina. USSR however had exited the tournament despite the amazing goal-scoring expertise from Belanov who became only the third player at that time to score three or more goals and still end up on the losing side in a World Cup match.