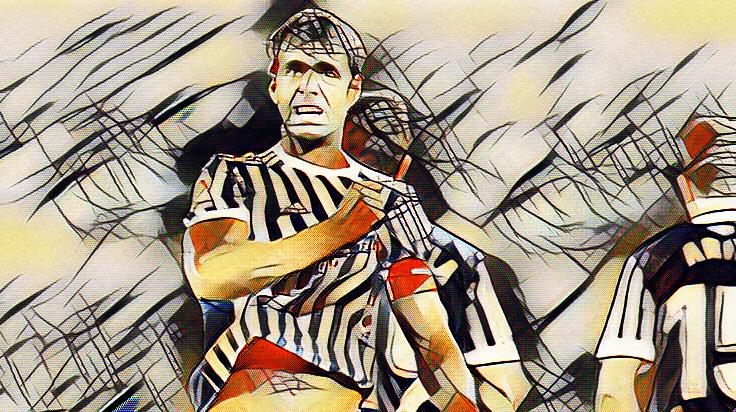 One-club men are all too few and far between in football these days. The likes of Ryan Giggs, Paul Scholes, Paolo Maldini, and more recently, Francesco Totti, have all retired having enjoyed silverware-laden careers across many years.

There are very few experienced players that are still playing in Europe’s elite leagues with the club that they began their careers with years ago. The obvious names that spring to mind are often in La Liga; Lionel Messi, Andrés Iniesta and Sergio Busquets have played for Catalan giants Barcelona for the entirety of their careers. Villarreal’s Bruno, an important central-midfielder for the Amarillos for over a decade, has played his part in some thrilling and exciting teams during his time at Estadio de la Cerámica.

Xabi Prieto’s longevity at fellow Spanish side Real Sociedad should be celebrated. Having joined as a youth player way back in 1997, before some of his current teammates were even born, the club’s current captain has featured at the Anoeta Stadium in La Liga, the UEFA Champions League, the UEFA Europa League and even the Segunda División for a brief three-season spell.

Born in San Sebastián in 1983, where La Real are based, Prieto is the only current Erreala player that can boast such a long, and loyal, bond with his hometown team. In his time in the senior squad, he has played under 13 different managers, featured alongside, at the time, young stars Xabi Alonso and Antoine Griezmann and proudly earned the honour of being the Basque Country’s record appearance holder, a title he shares with goalkeeper Gorka Iraizoz.

A tall, unassuming forward player, 34 year-old Prieto has played over 400 La Liga matches. During that time, he has scored a half century of goals, provided nearly as many assists and, in 500 games in all competitions he has only been sent off twice. Alberto Gorriz currently stands as La Real’s all-time record holder for La Liga appearances (461), but Prieto is quickly closing in.

Prieto has been used as both a left and right midfielder, in the centre of midfield and as a secondary striker during his prolonged career.

He made his top-flight debut in October 2003 against Navarrese rivals Osasuna, in a 1-0 victory. During the 2003-04 season he was largely restricted to substitute appearances, due to the previously mentioned brilliance of Alonso that was soon to earn him a move to Premier League stalwarts Liverpool.

Prieto’s second start came against the Galácticos of Real Madrid at the Santiago Bernabéu. In an unlikely victory, during a topsy-turvy league season that saw Valencia crowned champions at the expense of Carlos Queiroz’s Blancos, who finished a lowly fourth, Prieto scored a credible brace in a thumping 4-1 away victory.

From that day on, Prieto did not look back. He featured 25 times in all competitions during the 2004-05 season, 14 more than the previous campaign. He was an ever-present for the entirety of the 2005-06 La Liga season, and scored an impressive nine goals from midfield. His form saw him touted for a spot in Luis Aragones’ squad for the 2006 edition of the World Cup in Germany, but sadly, it was not to be.

Following a disappointing 19th-place finish, Prieto’s Real were relegated from La Liga at rhe end of the 2006-07 season. His loyalty, though, was unquestionable, and he made 103 appearances in three second-tier terms before promotion back to the top-flight was achieved.

He marked Erreala’s return to La Liga for the 2010-11 campaign with a winning goal. Assisted by Joseba Llorente’s backheeled pass, Prieto finished off a sweeping move to seal a 1-0 victory against Villarreal on the opening weekend of the season.

Another of Prieto’s memorable matches in white and blue came against Real Madrid, almost ten years after his man-of-the-match display at the Bernabéu at the beginning of his first-team career. He scored his first senior hat-trick past a hapless Iker Casillas, but sadly his treble was a mere consolation in a 4-3 defeat to a Cristiano Ronaldo-inspired home side.

His first goal that night was a penalty; in his 14 full seasons, Prieto has remarkably scored 21 of the 22 penalties that he has taken. His sole failure came against Athletic Bilbao in 2007, meaning that only Hungary legend László Kubala, who played for Barcelona and later Espanyol in the 1950s and 60s, can match his La Liga spot-kick conversion record, with 27 successes out of 28.

But a fantastic penalty record is not all that Xabi Prieto should be remembered for. His time in La Liga that makes him one of Real Sociedad’s record-appearance holders means that his almost second to none in terms of loyalty and longevity. He is still currently one of Erreala’s most important players, which is a testament to his attitude, professionalism and commitment to his boyhood club.